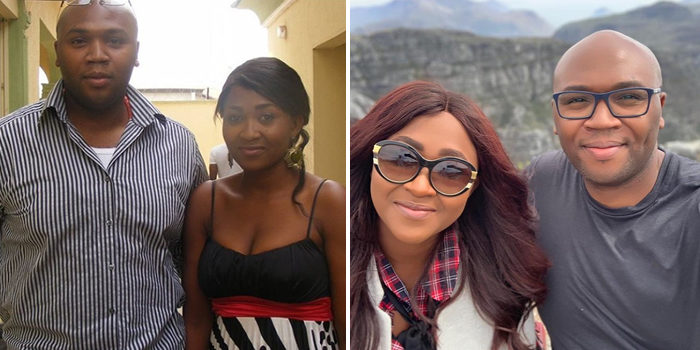 The same day they met, Jason and Mary had a long 3-hour conversation. 4 days later, he was telling her how he loved her. He also told her they will probably get married and spend the rest of their lives together

Jason and Mary got married 8 years ago and together they’ve built an empire, him an entrepreneur and CEO of iROKOtv and her an actress and CEO of Rok Studios.

But Jason says when he first told Mary he loved her, those four days after they had just met, she thought he was crazy and a little intense.

Here’s how Jason shared their love story today as he wished Mary a happy birthday:

This is actually the day I met @maryremmynjoku that very evening we had our first 3hr conversation. 4 days later I told her I loved her and we will probably get married and spend the rest of our lives together. As a lagos girl she thought I was crazy and a little intense. She was right. But 8 years later. Here we are. Celebrating another birthday. Another year. From all of us Njoku folk we wish Mrs Njoku an awesome day.

“What more can a man wish for” – Jaywon to Son Brayden