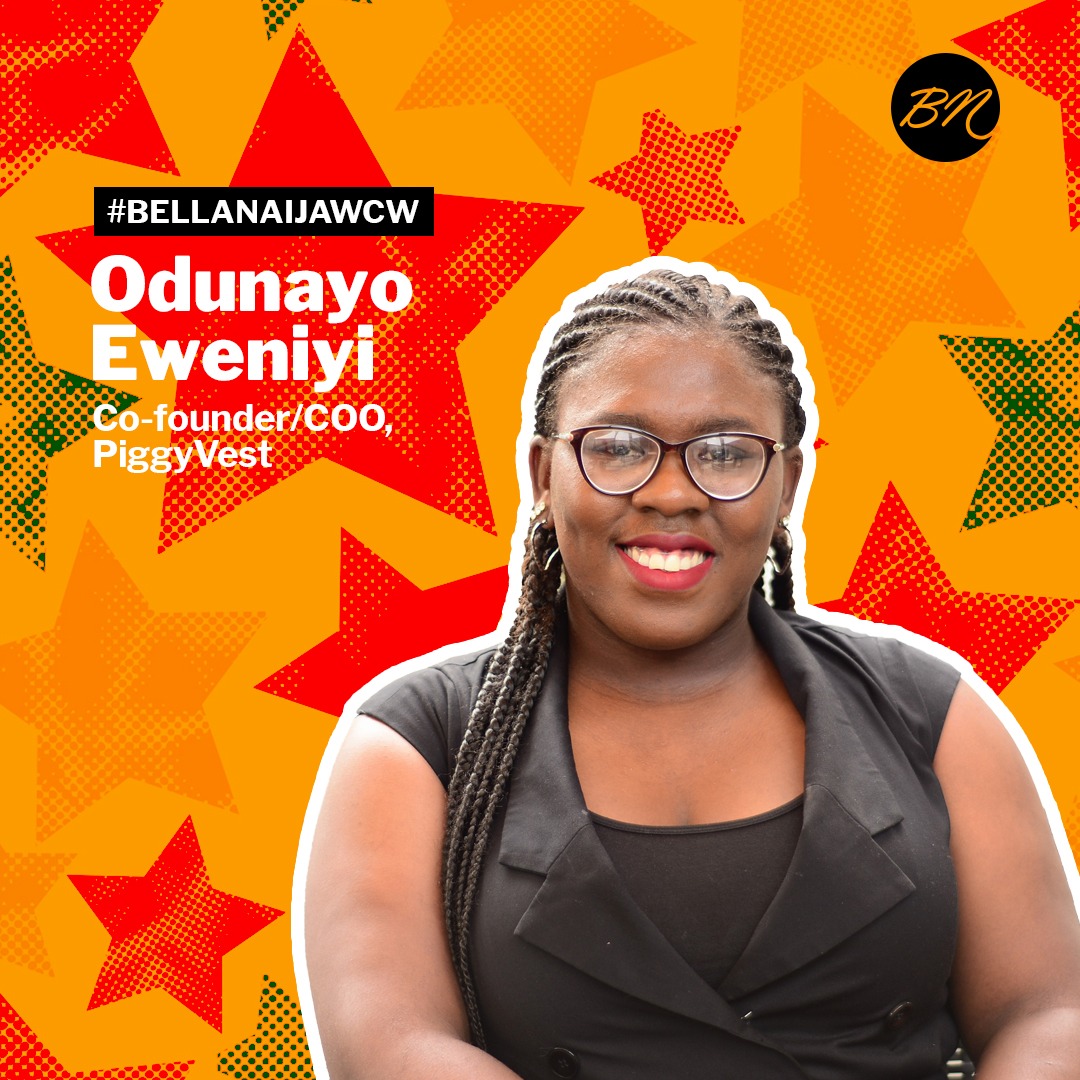 Our #BellaNaijaWCW this week Odunayo Eweniyi a serial tech entrepreneur and one of the forces to be reckoned with in Nigeria’s (fin)tech space.

Somto, Joshua, and Odunayo then went on to set up PiggyBank.ng (now PiggyVest), in 2016, following a social media post where a woman said she kept a “kolo” (piggybank) where she was putting money into everyday.

One of Odunayo’s co-founders, Josh saw this, and decided to see if they can digitise the concept. They spoke to their Push CV users about how else they can help them, and savings was the top choice.

By this time, Push CV was already profitable and this new idea might be the next big thing.

Indeed it was! They launched that same year and the reception was impressive. By the end of that year, users had saved N26m, and when the following year (2017) was ending, users had saved close to N1bn.

Piggybank.ng moved from a savings platform, to an investment platform, promising over 13% ROI to users.

PiggyVest “helps you stop excessive spending by allowing you save and invest money you would normally be tempted to spend,” the company says on its website.

In 2018, PiggyVest (then Piggybank.ng) raised $1.1m in funding from almost exclusively Nigerian investors.

Prior to Push CV and PiggyBank, Odunayo worked on content and social media management at various tech platforms, including some of the big names – TechCabal and Techpoint, learning all she could about running a business, more importantly, a tech business.

Odunayo made the World Women in Fintech Power List for 2017 and is a 2018 Westerwelle Young Entrepreneurs fellow. She’s also been named on YNaija’s Powerlist for Technology (2017 & 2018).

In 2019, she was one of 50 women in Tech Cabal’s Tech Women Lagos portrait series. She was also named in Forbes Africa‘s “20 New Wealth Creators” on the African continent list.

We celebrate Odunayo for her hard-work and for putting her ideas to work, delivering value to Nigerians, especially millennials like her.