The Nation News: Buhari Perhaps Poorer now than in 2015 - Osinbajo 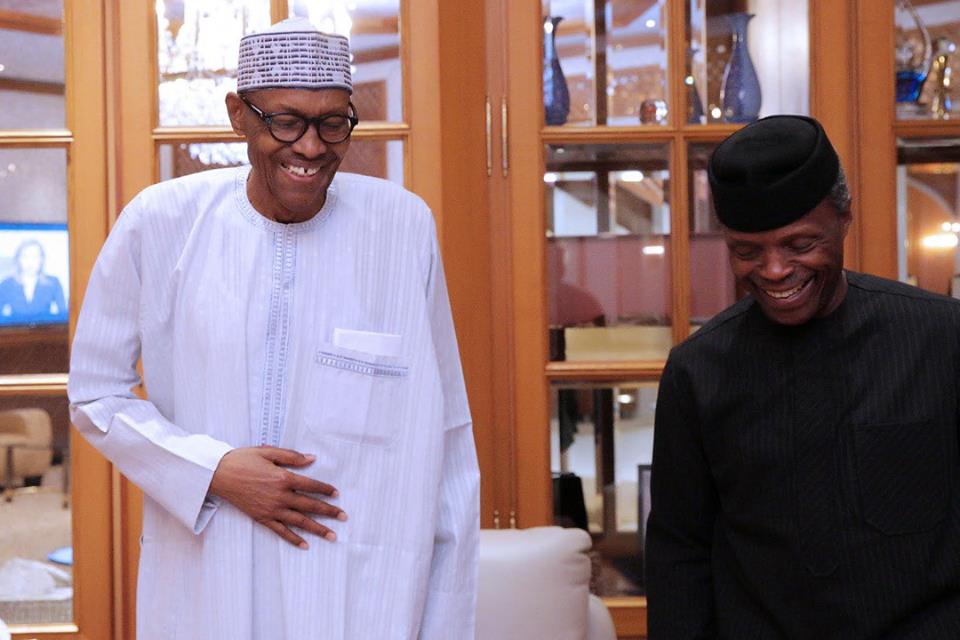 The Nation is reporting that Vice President Yemi Osinbajo, on Thursday, said that President Muhammadu Buhari may be poorer now, than he was in 2015.

Osinbajo spoke during a dinner in honour of volunteers of the APC during the general elections at the Presidential Villa, Abuja.

“When I looked at his assets declaration form, I was checking it in 2015, I said to him, ‘Mr President, I am so much richer than you, it is an embarrassment.’ He said, ‘I am only a soldier, you are a big lawyer so you should have more money than me.’ I can tell you that he is perhaps; even poorer than he was in 2015 when I saw his declaration of assets form,” Osinbajo was quoted as saying.

Read more on The Nation