GTBank Food and Drink Festival Just Got Better With These Masterclasses 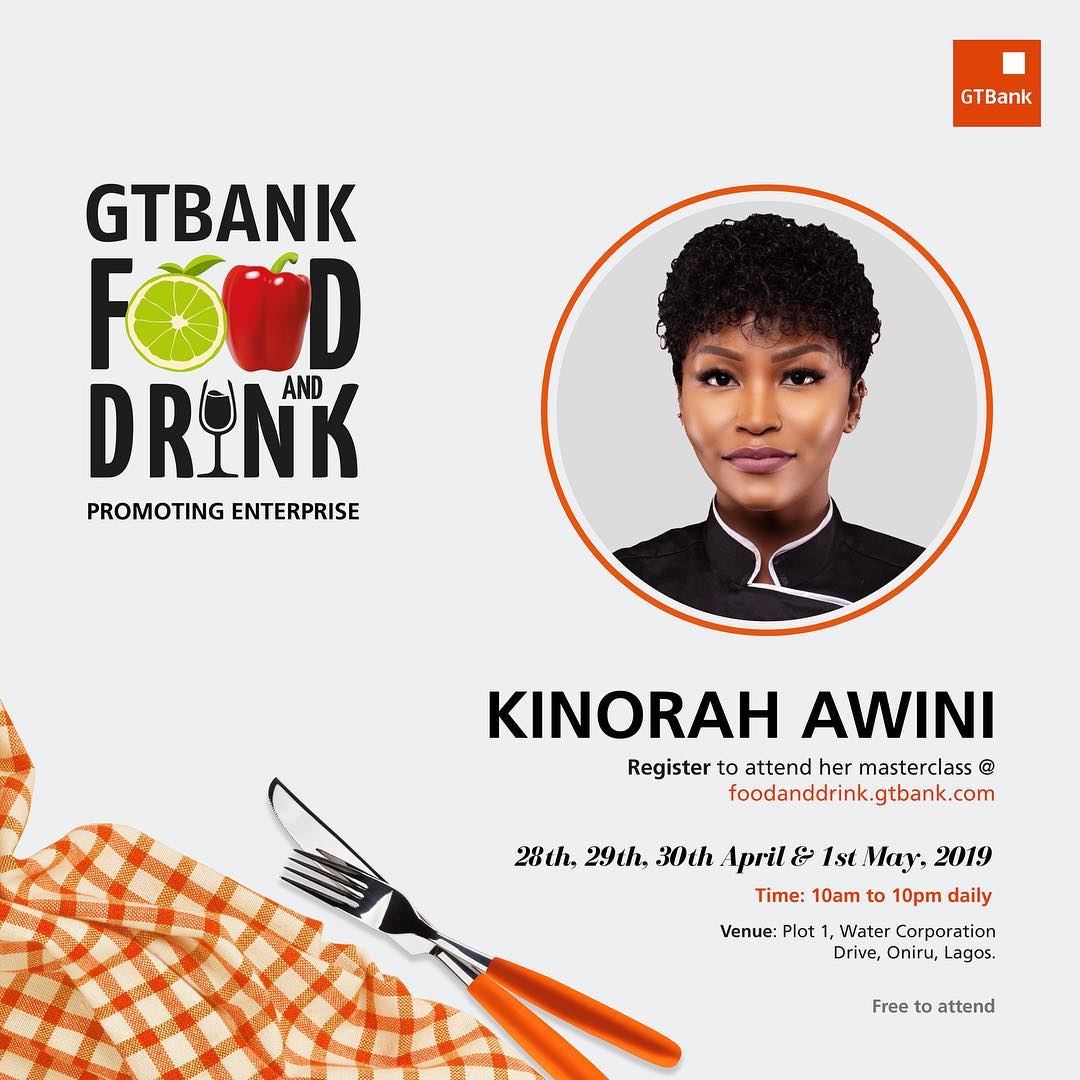 An A-list Food blogger and a Burger King from London, a Sushi Ace from Japan and a Food connoisseur from Ghana –The recently announced line-up for The GTBank Food and Drink Festival Masterclass, is not only culinary diverse, but it also cuts across three continents!

More facilitators will be announced as the countdown to the Biggest food exhibition and sales event in Africa continues.

The fourth edition of the GTBank Food and Drink Festival is set to hold on Sunday, 28th April, to Wednesday 1st May 2019 at the GT centre, Plot 1, Water Corporation Drive, Oniru, Lagos. 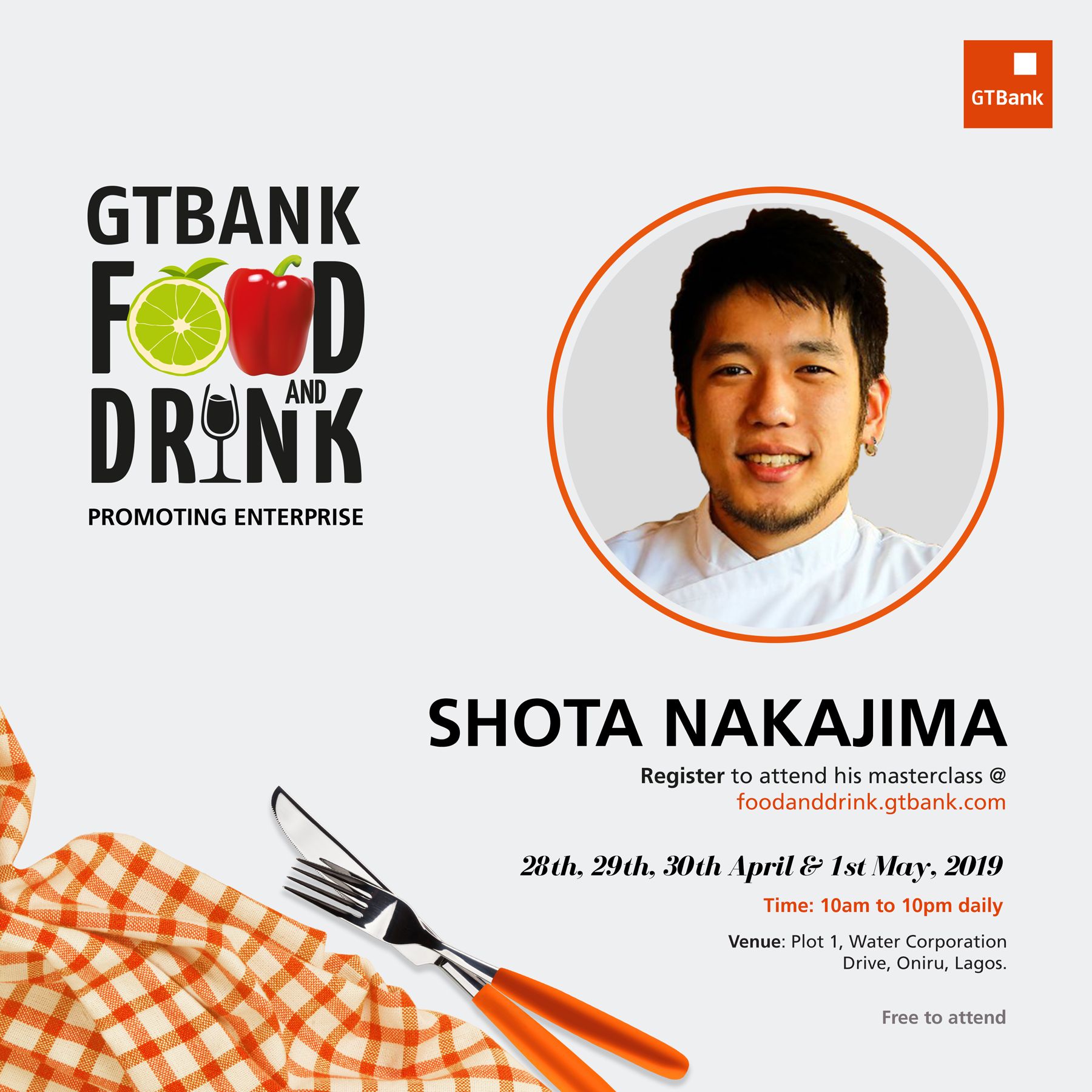 Chef Shota Nakajima is the owner and chef of Adana, a Japanese restaurant located in Seattle, Washington DC.

Popular for infusing specificity and nuance in his cooking, Chef Shota began his career as a teenager cooking in Seattle-based Japanese restaurants. At age 18, he moved to Japan where he attended one of the country’s most prestigious schools, Tsuji Culinary Arts School. After his graduation, Chef Shota worked for the Michelin Star Chef, Yasuhiko Sakamoto.

In 2014, Chef Shota returned to Seattle and opened his first catering business, called Kappo Kitchen. The restaurant enjoyed success at its first year, winning the Seattle round of the World Washoku Challenge. In 2017, he was selected as a contestant on the Food Network’s Iron Chef Gauntlet and emerged as a finalist for the James Beard Award.

Chef Shota will be at the GTBank Food and Drink Festival to demonstrate the Art of Sushi Making.

Kinorah Awini, is a Ghanaian-based African food connoisseur, food blogger and founder of Telande World, a culinary company which means “Eat with Me”.

Kinorah’s belief in effective presentation of African cuisine and ingredients across borders led her to open Telande World, a culinary company and a community for food lovers. The recipes hosted on Telande, which perfectly mirrors this vision, are made with brevity in mind and are highly experimental for easy practice at home by food lovers.

Kinorah will be at the GTBank Food and Drink Festival on Tuesday, to speak on Creating Evergreen Content for Food. Chris Fynes and Tom Reaney 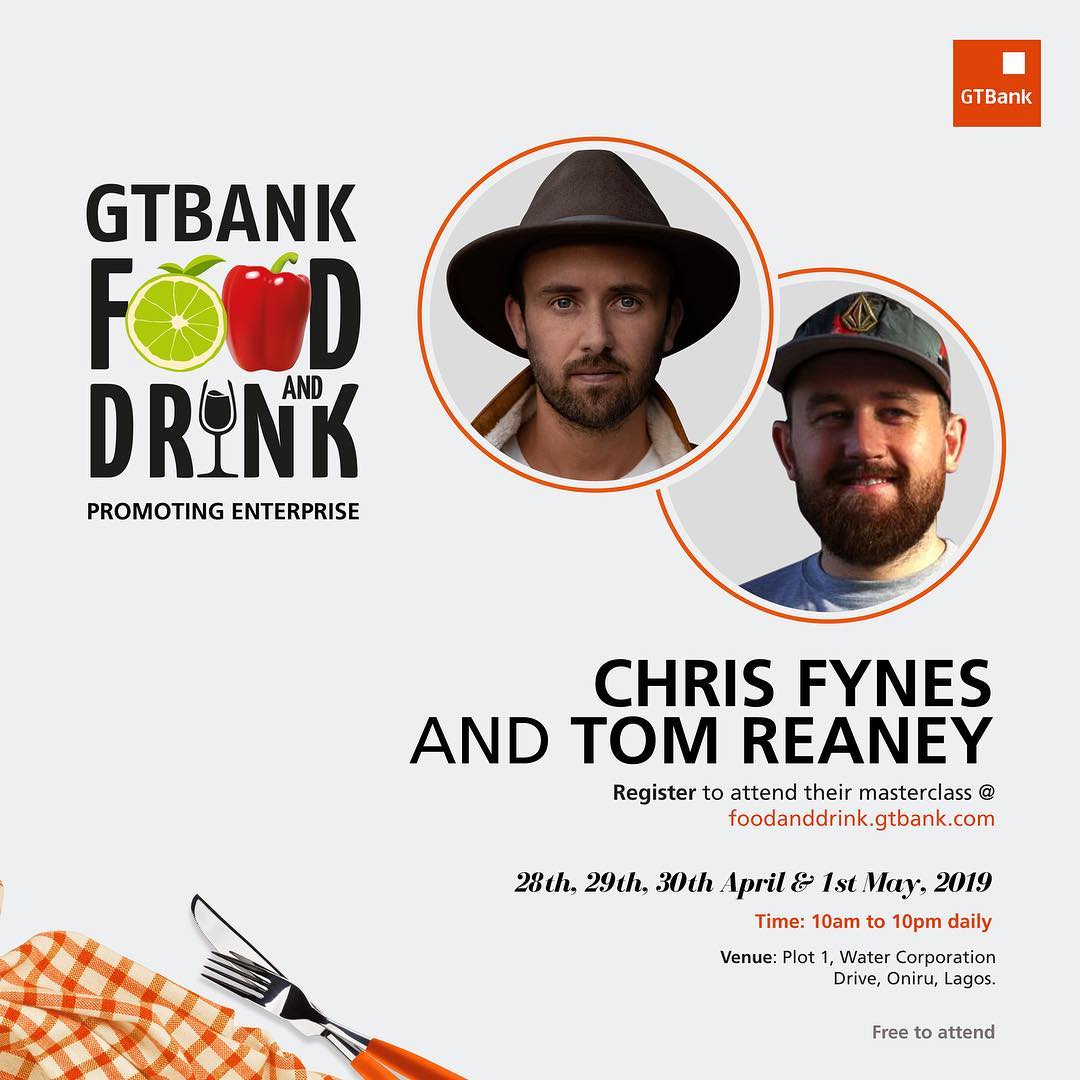 Chri Fynes and Tom Reaney, beyond being close friends, are two of the fast-rising names in the United Kingdom’s culinary scene.

Chris, a food blogger, photographer, and videographer has one of the most popular food blogs in London – We The Food Snobs, which has been named in the London Evening Standard’s Top 20 blogs. His love of food started in his hometown of West England and has led him on an international adventure of food discovery. Through food, Chris has merged into the travel industry, working with major brands, such as CNN Travel, Samsung, Sony, and BMW.

Tom, also known as Burger Bear, is one of London’s most popular street food chefs, and the Owner of Burger Bear, home to one of the city’s best tasting burgers. Since its opening in 2012, Burger Bear has enjoyed huge success, making it to the list of London’s Top 10 Best Burgers and solidifying its place as London’s favourite street food mainstays. Tom is also the owner of three other London-based restaurants: Stokey Bears, The Magic Roundabout, and Burger Bear Bristol.

Chris Fynes and Tom Reaney will be at the GTBank Food and Drink Festival to discuss Blogging and Burgers: From Street Food to Global Cuisines