This Is How This Kenyan Publicist Dismantles Stereotypes In Motorsport 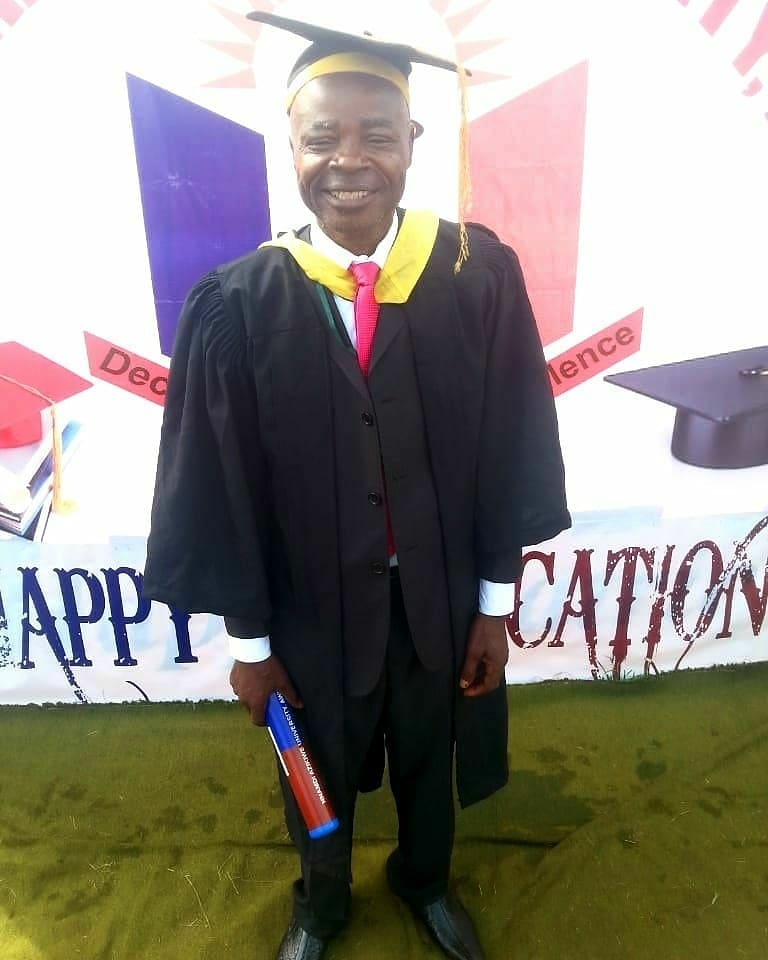 This dad has fulfilled his lifelong dream of completing his university education, at the age of 62!

His daughter @nkeoma08 took to Instagram to share the inspiring story of how he was the best in his class from primary to secondary school, but couldn’t go further due to lack of funds.

But this week, he was among the students who graduated from Nnamdi Azikiwe University, from the Department of Music.

See the story below:

Should we tell them? Yes we should.

This right here is a picture of my dad in a convocation gown as he graduates from the department of Music in the #NnamdiAzikiweUniversity @unizikcampus two days ago.

YES! My popsy went back to school , he went back to times and turned it’s hands, he fulfilled a long , tall dream and today HE IS EDUCATED. He has always wanted to be, I can’t count how many times he and everyone else we knew told us the story of how he was the best in his class, how he was one of the few people to pass the primary 6 entrance examination to Okongwu Memorial Grammar School – one of the best in the eastern states as at then, how he couldn’t be admitted because there was no money for tuition, how he trekked from #ezinifite Aguata to #nnewi to go and beg the Principal to allow him start so that his uncle who already had two of his children in school that same year can breathe from paying theirs before paying his, how he was rejected and how he cried all the way back home as he watched his dreams wipe off before his eyes as he wipes off the sweat and tears ?… he will always end that story by saying “so I came back and went to go and do boy boy” .

He told that story! Several times, as an advice, as a wake up call, in anger, in frustration and in love. Oh how that story built us, how it informed us, we were so determined , he was so determine to ensure that all of us went to school at least Secondary, he drew blood, sweat, sacrifice just to see that happen, I remember when my two brothers decided on their own to stop at Secondary school so that Ada (me) can have a shot at education, he cried, I cried, we cried but then that’s all we could really do at then.? OK enough of the emoshonal talk ? let’s all FOCUS…

My dad is a graduate, I can’t loud it enough, just like play play o, he only just wanted to have a secondary school certificate to his name, so he sat for #NABTEB , then he went for a #diploma and then direct entry and today he graduated with a 2.2 at the age of 62.? Dear Daddy, I know this sounds better when you say it, but I am proud of you and I love you, always. Thank you