The Independent National Electoral Commission (INEC) has complied with the Supreme Court judgement nullifying the All Progressives Congress (APC) primaries in Zamfara State.

The decision was reached after the electoral umpire’s emergency meeting following the judgement.

The judgement ordered INEC to return the first runners-up, who have fulfilled the requirements of the law, in any election won by the APC in the state as winners.

See the updated list of elected officials in Zamfara state below: 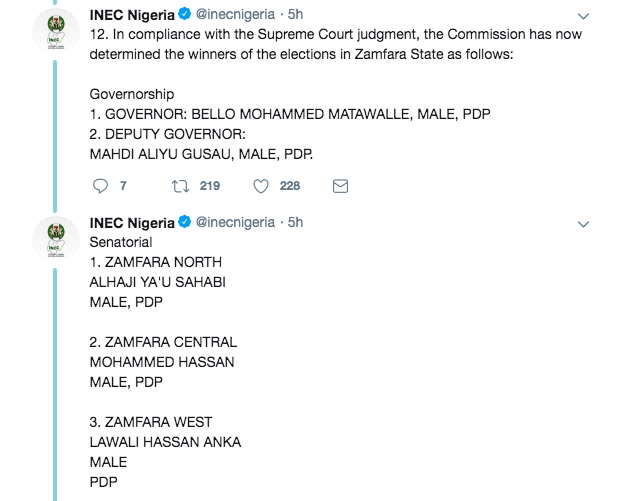 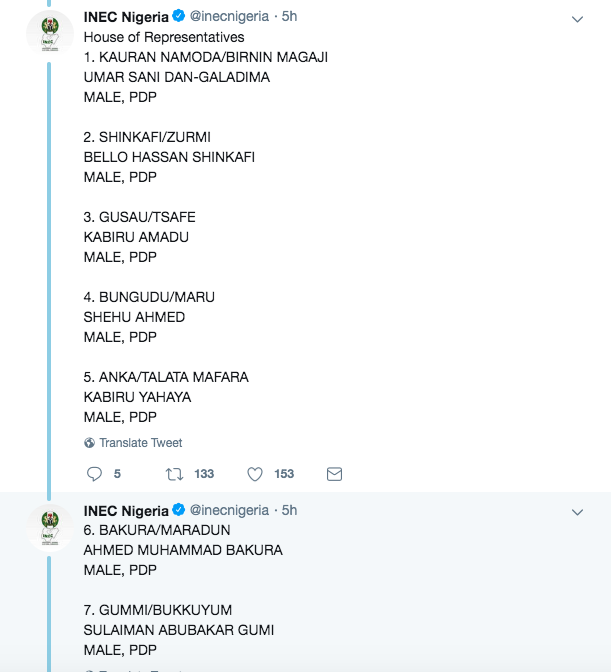 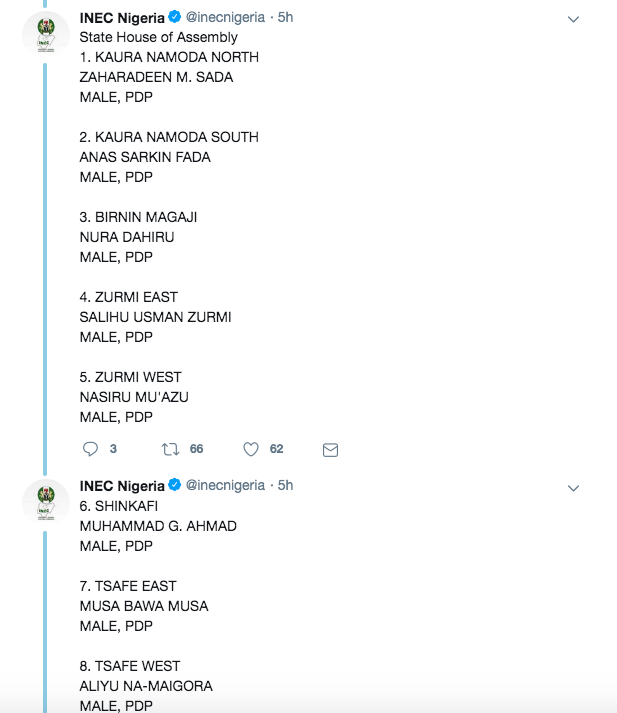 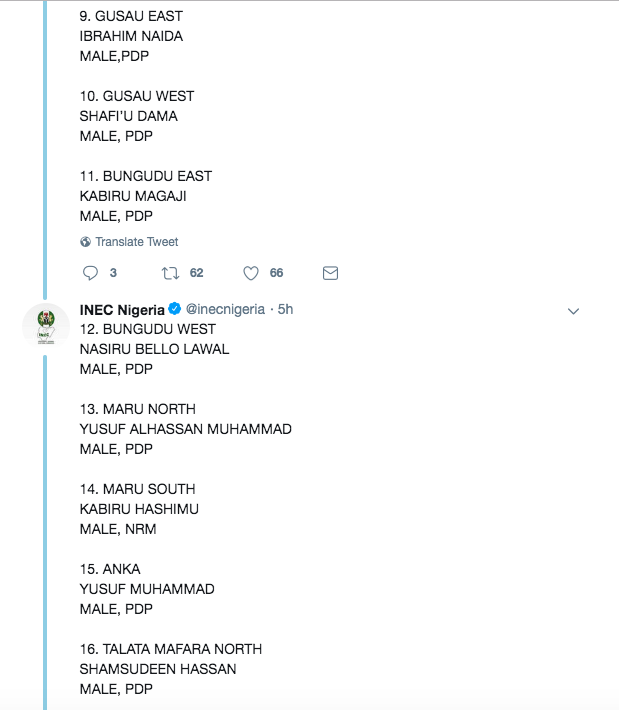 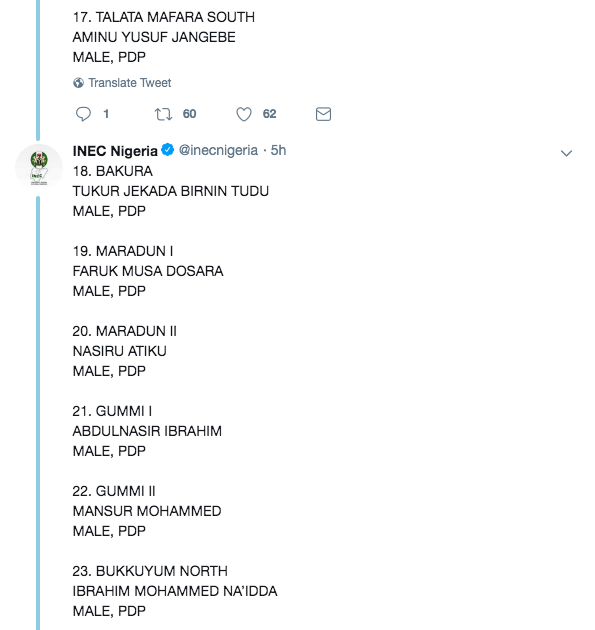 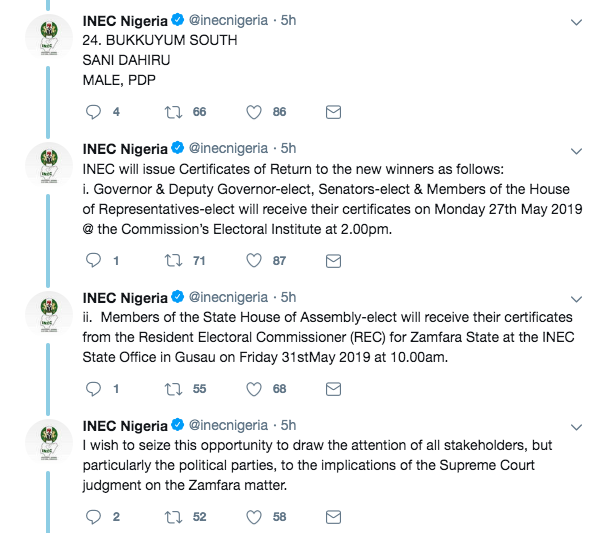 For The Throne! See How Some of Your Fave Celebs Showed Up for Ik Osakioduwa’s “Game of Thrones” Themed 40th Birthday Party