2 Killed, 16 Injured in Mass Stabbing of Pupils in Japan 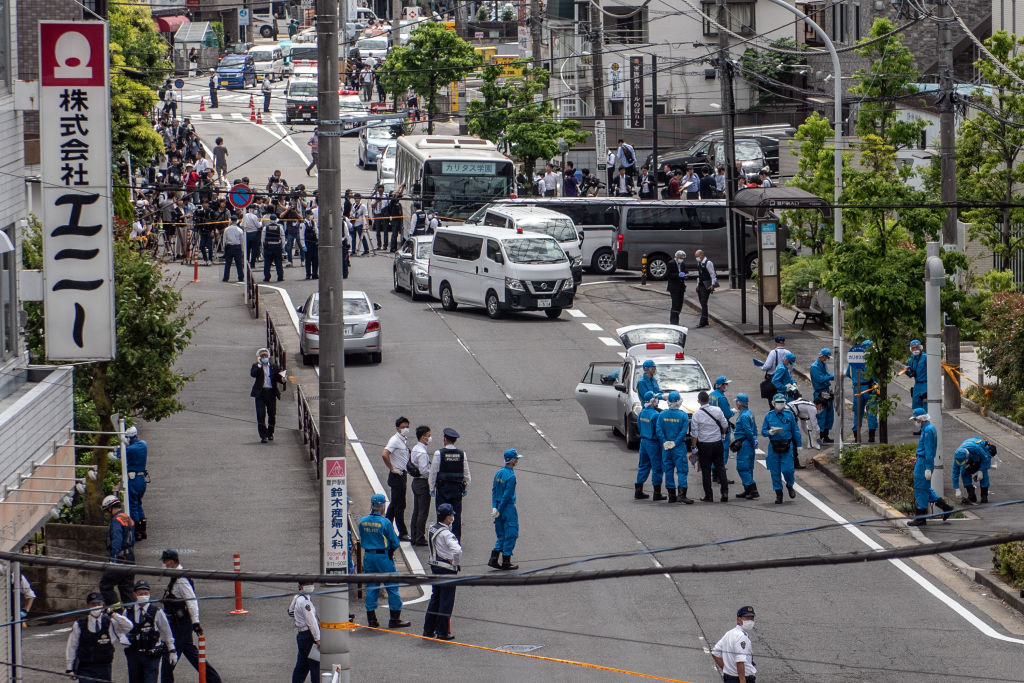 KAWASAKI, JAPAN – MAY 28: Police officers work at the scene of a mass stabbing on May 28, 2019 in Kawasaki, Japan. Around sixteen people, including children, were injured after a man attacked people with a knife near a park in the Noborito area of Kawasaki just outside Tokyo.

Two people have been confirmed dead Tuesday morning in Kawasaki near Tokyo, Japan, after a knife-wielding man went on a stabbing spree on pupils waiting for their school bus.

Japan Today reports that 16 pupils of Caritas elementary school, a private Catholic school, and 2 adults were stabbed by the suspect said to be in his 50s and holding knives in both hands at about 7.40am.

Police said the suspect died in the hospital as a result of a self-inflicted stab wound to the neck.

An eyewitness said the suspect slowly approached the children and was shouting “I’m gonna kill you”.

The deceased pupil was identified as an 11-year old sixth-grader. A 39-year-old man believed to be the father of another pupil also died in a hospital from deep stab wounds to the necks.

Toshichika Ishii, 57, who was at a park near the site said: “I heard children scream ‘I’m scared’ and then turned to see a man with knives shouting, ‘I’m gonna kill you.'”

Related Topics:JapanKawasakiMass stabbing
Up Next

Ambode Officially Hands Over to Sanwo-Olu Ahead of Inauguration