Do You have a Dream to Shape the Future of Film & TV making in Nigeria? Register for the Ebonylife Creative Academy Short Courses 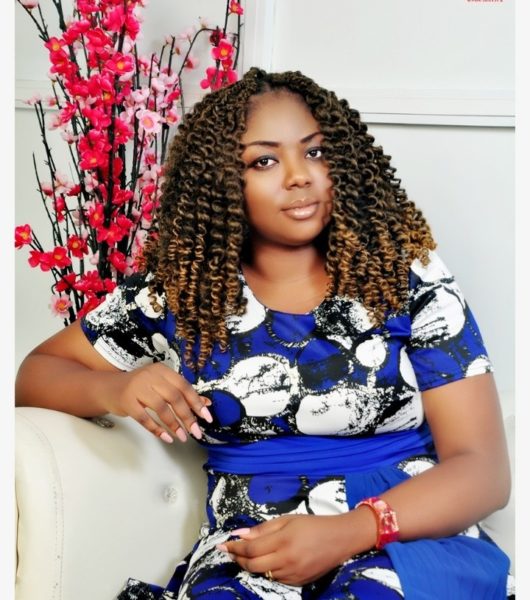 I travelled from Awka to Owerri to go stay with my friend, and submit CV to different firms. Two days later I called my friend Ted who worked in Owerri, “Hey, guy, I’m in your town.”

“Oh really? Please come to my office, let’s see. It’s been a long time,” he replied.

He sent the address to the insurance company where he worked, and within a few minutes I was in his office. When he saw me, he wrapped me in a hug, and before I could say jack, he said, “Amaka, we have interviews today in our office, and I want you to tag along.”

My jaw dropped. “But I’m not prepared. How will I write when I didn’t read,” I asked, bewildered. “No, I will pass.”

“It doesn’t matter whether you are prepared or not. You are looking for job abi?” he said. Grudgingly, I accepted, and entered the interview hall.

When I stepped into the hall, I noticed that there were about eight people, and all were men neatly dressed in suits. I was so casually dressed. I ignored their awkward stares and went to sit at the back, beside a man who was maybe in his mid-thirties. I took in the reality of the impromptu interview and my unpreparedness.

The interview was yet to start, and the man beside me and the one in front of him were engrossed in a conversation. Not being the type to jump into a discussion without an invitation, I couldn’t help but listen. The man beside me told the other discussant that he would fare better in marketing because he was influential and had connections of big ogas and madams who would insure with him. The other man said he was a good orator, and could sweet-talk anyone into working with him. Mr Influential and Mr Orator came to a conclusion that they were the best for the job, and could probably work together. They promised to exchange phone numbers after the interview. I couldn’t help but smile at the two men that were already the custodian of their fate, and I looked up and saw a guy who was staring sheepishly at the two new friends, smiling.

Thirty minutes later, a tall beautiful lady came in with questionnaires, and began to share them. When she was through, she said we had only thirty minutes to write and submit. The paper had two sides. The front was a section of objective questions, and the back was all theory. Though the hall was air-conditioned, I sweated profusely like a Christmas goat waiting to be slaughtered and used for asun. I stared at the questions for a few minutes. I had studied English and Literary Studies, and had no business with marketing and insurance. Who send me ooo, I murmured. I will disgrace my ancestors on this one. I looked beside me. Mr Influential was swiftly inking his answers with full concentration, and for a moment I envied him. His friend, Mr Orator, had worn his spectacles, and just like Mr Influential, was busy minding his paper.

Everyone was writing except me. I remembered the game of Tumbo Tumbo we played when we were young, where you chanted tumbo and picked the answer that fell on the final tumbo. I started ticking the answers, singing Tumbo Tumbo. I wrote hardly anything in the theory section. When finally the written interview was over, we were asked to wait for the oral interview.

Who will call you for the oral interview when you wrote a volume of nonsense? I said to myself. I fiddled with the thought of getting up and leaving when I heard the name Miss Nneamaka Ibeneme. Huh? Had I heard correctly? I was called again, and I stood up and strode forward. I hadn’t noticed how big Mr Influential’s stomach was, like that of a seven months pregnant woman. With the corner of my eyes, I saw Mr Orator seething.

I was ushered into an office. “Good morning, sir,” I greeted the man behind the desk who was my supposed interviewer. “Nneamaka Ibeneme,” he said in a stressed tone. “Sit down.” I sat and tried to make myself comfortable on the leather chair. “You didn’t do well at all in your written interview.”

“I know, sir,” I replied immediately, my head spinning. So why was I summoned, I thought.

“Well, what makes you think you will be a good marketer?” he asked.

“Because I’m likable,” I answered. Oh no! Did I just voice that?

The man threw his head back and laughed. He laughed so hard his eyes were glistening. I was in for perpetual doom. The day couldn’t have gotten any worse. When he stopped laughing, he looked intently at me and said, “No wonder I liked you the moment you walked in here.”

I was so ashamed and humiliated, hoping the interview would come to an end as soon as possible. He said, “Well, I would like to work with you. You can come tomorrow and bring two of your passports.”

“Ok sir,” I replied. He was still smiling when I got up to leave.

I met my friend at the reception area, and he probed to know how the interview had gone. Weakly, I said, “I didn’t do well, but I think the man is willing to give me a chance.” When he probed further, already tired and frustrated, I bade him goodbye and promised to call and explain. Later, as I walked home that day, I knew I wouldn’t be going back to that office.

Ireju Ireju: What Are You Most Insecure About?

Elizabeth Ajetunmobi: How to Retain Your Domestic Staff