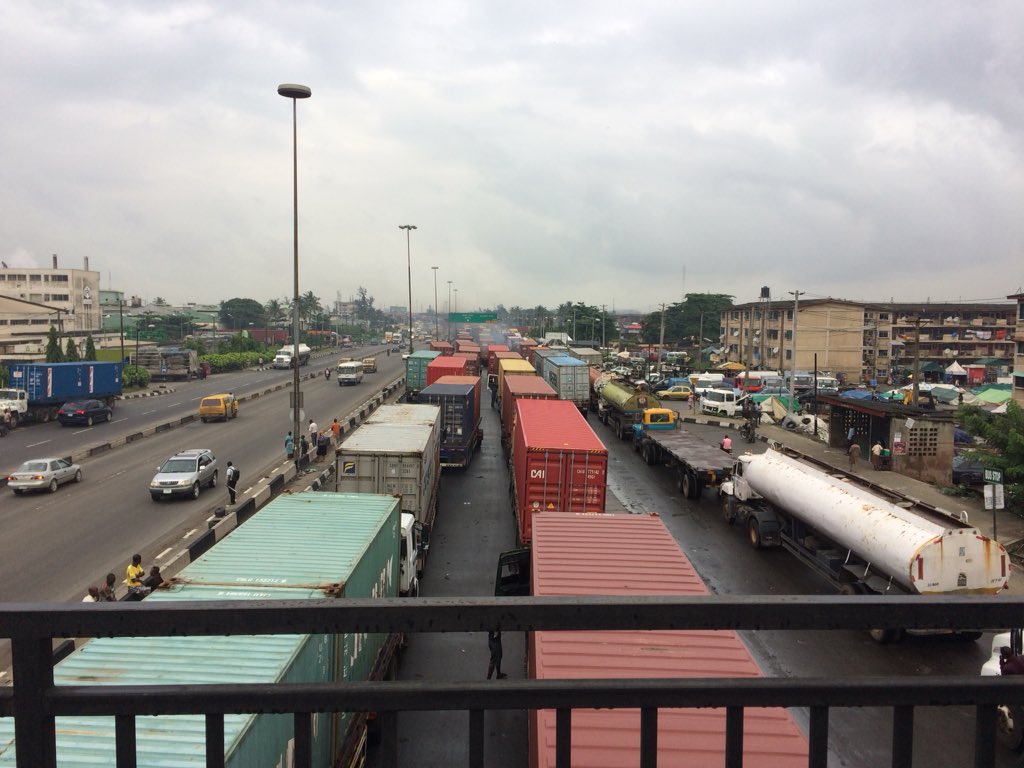 The Federal Government has released an update on the directive on the evacuation of trucks and trailers of Lagos bridges, roads and inner streets to create a free access to the seaports.

1/ The trucks and trailers are no longer on any part of Eko bridge, from the Alaka entrance of the bridge in Surulere.

2/ The trucks and trailers are no longer on the two diversions of Eko bridge to (1) Ijora 7up, at the Costain axis and (2) to Apapa at the Ijora Olopa, close to Iddo axis.

3/ As of Sun 26th May, the gradual movement into the Ports has moved the trucks and trailers at the Ijora Olopa axis of Iddo/Ijora Olopa road to the National Theatre gate overlooking the Lagos State water corporation at Ijora Olopa.

Related Topics:ApapaApapa Gridlock
Up Next