Ever Wondered how Nigerian Elites Live? Watch This Official Trailer For Bling Lagosians 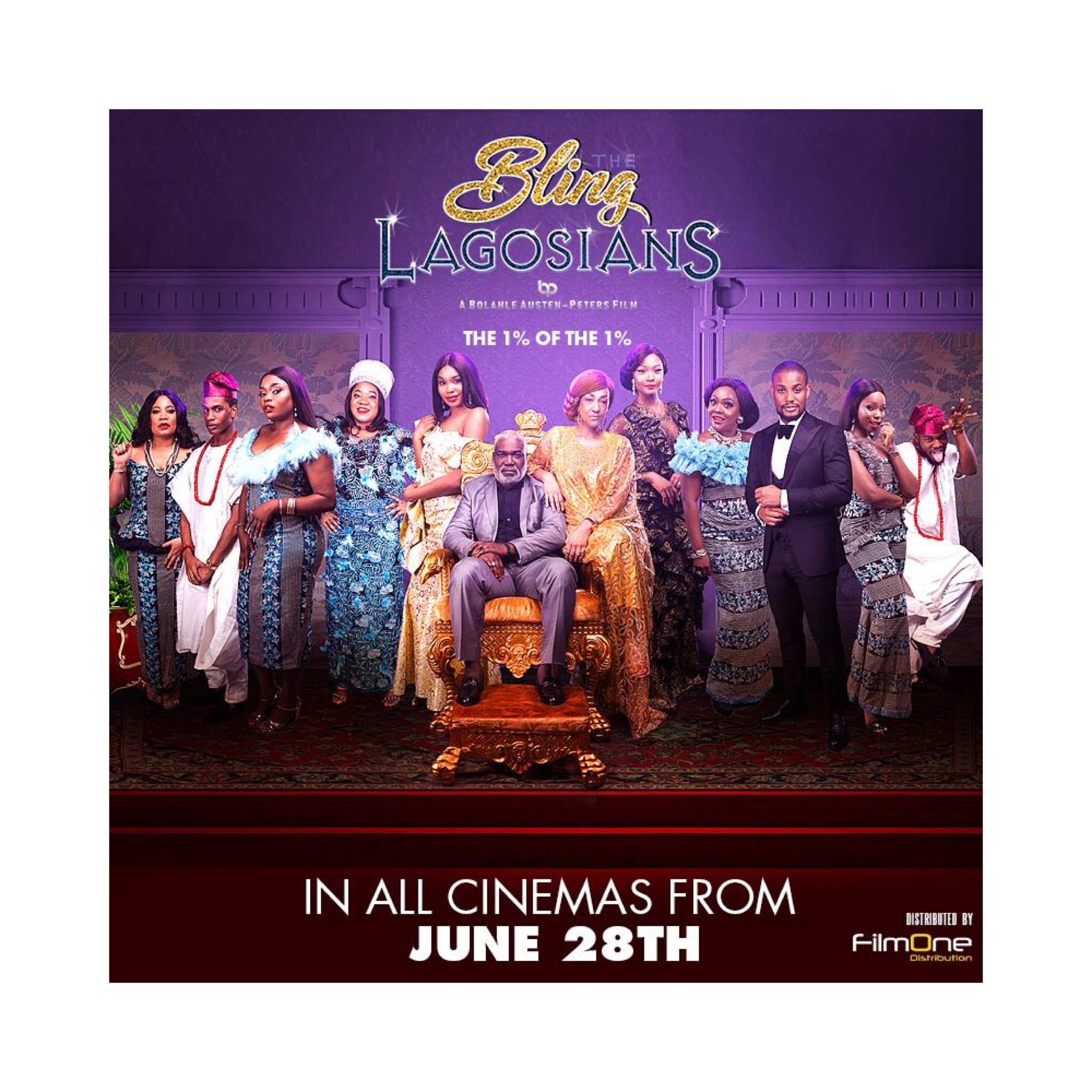 Have you ever thought about what it would like to walk in the shoes and delve into the lives of the 1% of the 1% even for just one day?!  #TheBlingLagosians are here;  Bolanle Austen Peters has her directorial debut with “The Bling Lagosians” having successfully showcased critically acclaimed stage plays such as Saro the Musical, Wakaa the Musical, Fela and most recently, the Kalakuta Queens.

The movie is a powerful story and gives us a glimpse into the lifestyle of Lagos’ high society; the “big men”, “big madams” and their inner circle of the ruling elite. They are super rich and they do not feel guilty about it one bit! In the film, we step into the world of the elite who are truly in charge of Lagos;  these folks have immense power. These are the 1% of the 1% in Nigeria and they put everyone in the shade with their lavish display of wealth. They may have the wealth, the luxuries and of course: “The Bling” lifestyle,  but have they mastered their pursuit of happiness?

Austen-Peter’s vision for this film is to create something reflective of her experience in Lagos The Movie tells the story of “The Holloways”, a powerful Lagos socialite circle whose matriarch never disappoints when it comes to flaunting her families extreme wealth. She is resolute on having her 51st birthday become the year’s biggest society event – however, things take a turn when her family’s huge dept verges on being exposed – How will the family cover it up when she is 100%  reluctant to cut back on her extravagant lifestyle?

While it doesn’t give too much of the plot away, it’s clear that the film is going to be very scandalous, and if you live in Lagos, this should come as no real surprise to you. The movie is a must watch with enough drama, twists, and turns, giving us a detailed inroad in to ‘the magic circle’  with whom on the surface everything seems to work for, everything they touch turns to GOLD until it doesn’t. Even though they may hide behind very high walls, exclusive estates, tinted cars, and security details, for how long will they continue to keep up appearances?

FilmOne is an independent distributor of filmed entertainment providing top-end film release services with an emphasis in Nigeria territory. We distribute a wide range of mainstream, commercial pictures including international and indigenous titles, and maintain international strategic alliances and relationship with studios/distributors across the globe. The FilmOne team possess sound expertise and extensive experience, gained in the United Kingdom and Nigeria, in the theatrical and non-theatrical distribution of feature films.