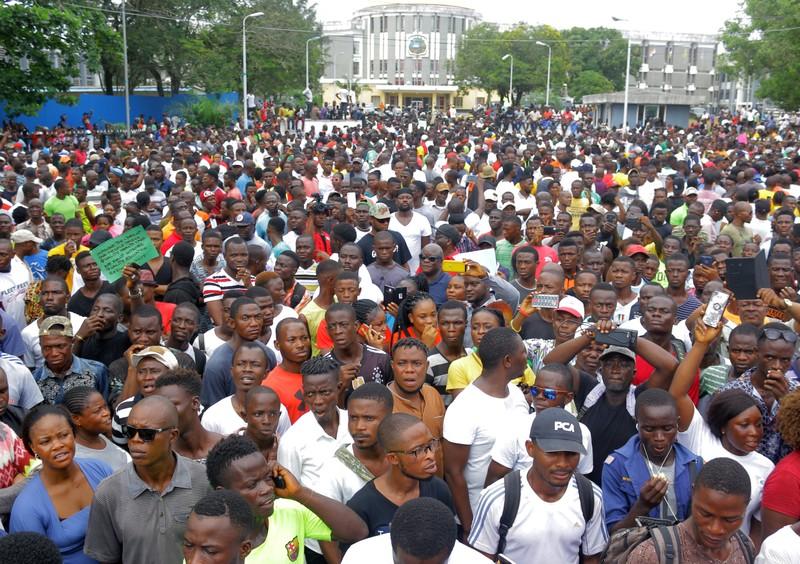 As thousands took to the streets of Liberia to protest “corruption and creeping dictatorship” in the country, the government, led by President George Weah, a football star and 1995 FIFA Player of the Year, responded by blocking social media platforms.

Internet monitoring platform NetBlocks reports that “Twitter, Facebook, Instagram, Snapchat and messaging app WhatsApp have been blocked by internet providers in Liberia as of Friday 7 June 2019” following what citizens have termed Save the State protests.

“Liberia’s leading wireless internet provider Lonestar (AS37410) has restricted access to social media as well as Google’s Gmail service and news agency AP News, which covered this morning’s events and censorship during the Save the State protests in Monrovia” NetBlocks added.

Liberia’s Minister of Information Eugene Nagbe, according to CNN, said the shutdown was because of “security concerns.”

“We have restored some of them. We are not saying that the protesters were carrying out things detrimental to the nation, but the national security apparatus said there were threats to the country and the services were temporarily disrupted and have been restored,” Nagbe added.

The protests were organised by Council of Patriots, a conglomeration of citizens, civil society activists, youth workers and major political parties.

They said they’re protesting “harsh economic conditions being caused … and encouraged by bad governance, deliberate and wanton collapse of integrity systems…. We have come to say no to bad governance, abuse of power, corruption and creeping dictatorship,” according to Henry Costa, one of the leaders of the protesters.

Nagbe, in defence of the government, said that Weah inherited a “dire economic situation,” and accused the country’s opposition of driving the protests. Mr. President is working to restore some of the issues that he inherited. The opposition is now using the streets to get what they didn’t get at the ballot box.”

These Two are Fighting Discrimination against People with Dreadlocks in Nigeria