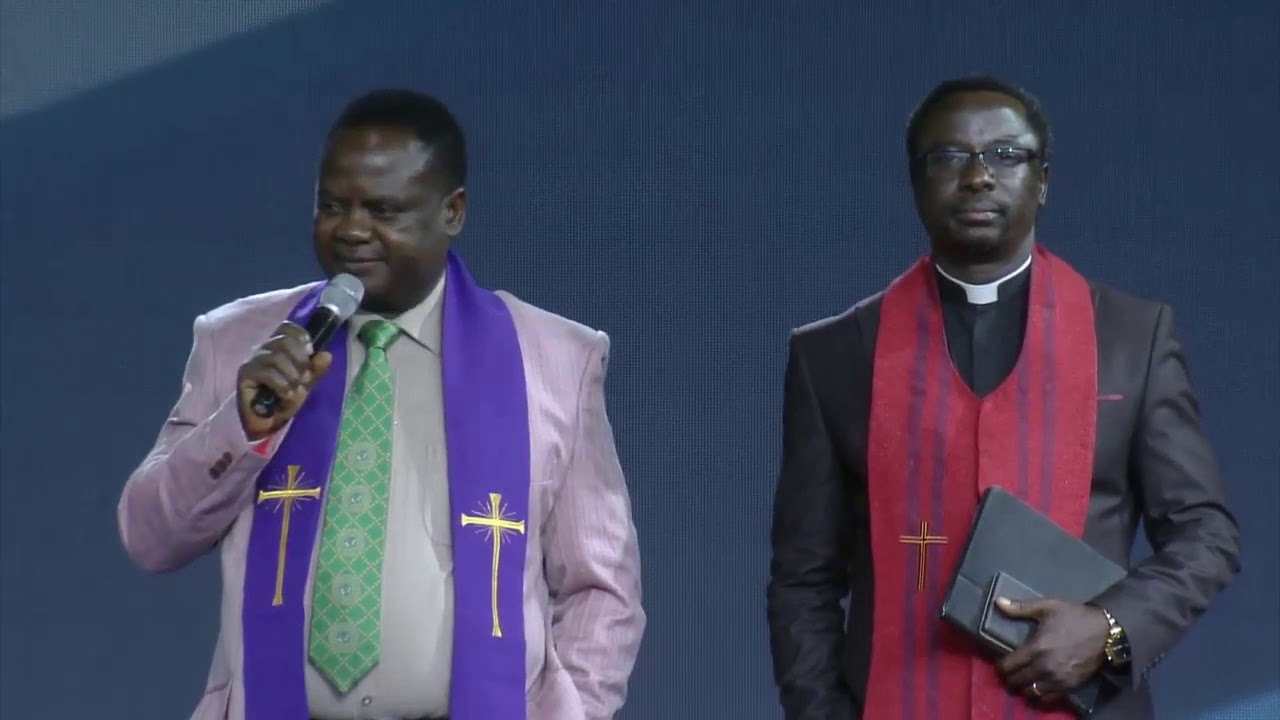 The Christian Association of Nigeria (CAN) have come under fire for visiting the Commonwealth of Zion Assembly (COZA) and pledging their support for Biodun Fatoyinbo in the midst of the rape allegations by Busola Dakolo.

Rev Dr Samson Jonah, CAN Chairman in the FCT, and Israel Akanji, who is the leader of CAN, North central, addressed the congregation.

They will continue praying for him and they hope ‘the gates of hell that not prevail’ and he comes out victorious from the rape allegations case, they said.

This video has garnered a lot of traction and the association have come under fire for supporting the embattled pastor with Nigerians saying that CAN should have remained neutral and let the law take its course.

So CAN representatives went to COZA to show support for Biodun Fatoyinbo yesterday. Nigeria really is a “special” country lol pic.twitter.com/03ELk13XtP

Busola did not take on the church, she took on Biodun Fatoyinbo. If the church decides to protect him, then they are covering for a rapist. Rape is not a fruit of the spirit, it has no place in the church

1. Biodun Fatoyinbo is not openly admitting to the rape because he fears the huge public outrage.

2. CAN is already blackmailing the Dakolo family into “forgiveness”, that highly suggests he already secretly confessed and they know he did it.

We are watching a cover-up unfold.

These CAN pastors showing solidarity with Biodun Fatoyinbo seem compromised and hypocritical.

As a Christian body they have let Busola Dakolo down and called her a liar.

Wisdom demands that they should, at least, be neutral until the case has had its day in court or mediation. pic.twitter.com/ThB2rTMXdt

Na was for Christianity in Nigeria!
Even Jesus won’t be proud of CAN right now in heaven.
So can is just a mere joke.
I just pray we will make heaven and that God will heal Busola Dakolo of all her pains and forgive Pastor Biodun Fatoyinbo. Amen

Last month according to CAN, CAN cannot take a stand condemning Biodun Fatoyinbo, but today it is clear CAN indeed can stand in solidarity with the rapist.
CAN lead us to believe that CAN cannot, but today we know CAN can.

Killing Of Afenifere Leader’s Daughter Has Heightened Fear Of Insecurity In Nigeria.

I thought COZA was not under CAN ? pic.twitter.com/xmvbND2HMM

CAN is showing support now because Busola or anyone else is yet to present any evidence.

I bet the story would change if he is found guilty. pic.twitter.com/zHqCSpL7nG