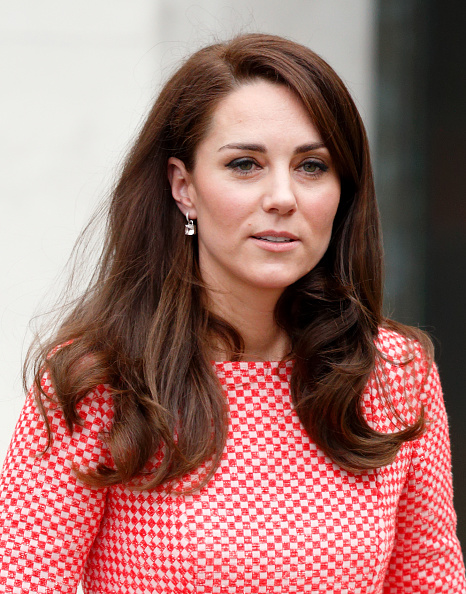 LONDON, UNITED KINGDOM – MARCH 23: (EMBARGOED FOR PUBLICATION IN UK NEWSPAPERS UNTIL 48 HOURS AFTER CREATE DATE AND TIME) Catherine, Duchess of Cambridge attends the launch of maternal mental health films ahead of mother’s day at the Royal College of Obstetricians and Gynaecologists on March 23, 2017 in London, England. The educational films have been created by Best Beginnings, a charity partner of the Heads Together Campaign. (Photo by Max Mumby/Indigo/Getty Images)

Following the claims from a top British plastic surgeon that the Duchess of Cambrigde, Kate Middleton, uses botox, the Palace has taken time out to respond, saying the claims are “categorically not true”.

In a statement to the New York Post (via Page Six), a spokesman for Kensington Palace says that the Dr. Medi Spa post is “categorically not true” and “in addition, The Royal Family never endorse commercial activity.”

In an Instagram post that has since been deleted, London’s Dr. Munir Somji of the Dr. Medi Spa Clinic posted a side-by-side of two photos of Duchess Kate Middleton and captioned:

Our Kate loves a bit of baby Botox….Note the reduction of fine lines on the forehead. But also note the depression of the medial (middle part) brow but elevation of the lateral tail of the brow. The magic of baby Botox is that it does not leave you feeling so heavy and provides you with a subtle reduction of lines as well as a better eyebrow position.

The BN Style Recap: Your Weekly Dose of What’s Hot in African Fashion, Lifestyle and Beauty!