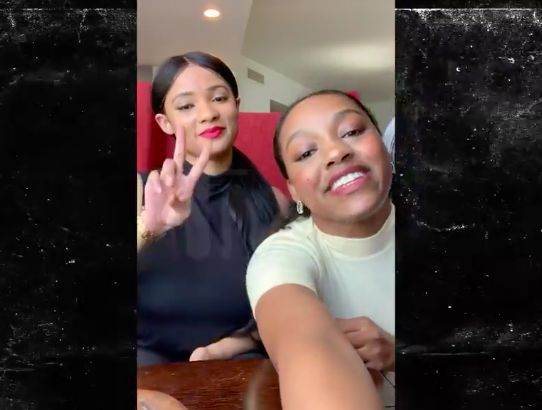 Azriel Clary and Joycelyn Savage, the so-called “girlfriends” and alleged sex slaves of singer R. Kelly are planning to launch their careers in Hollywood, TMZ is reporting.

The report adds that their rep has reached out to several talent and PR reps saying they are “high profile clientele.”

Clary and Savage “just want to get a positive name for themselves rather then [sic] the negative rumours their parents have accused them of,” the rep told TMZ by email.

They are pursuing careers in modelling, acting, and are also considering entrepreneurship.

JJC is One Proud Papa at Daughter Tamira Bello’s Graduation