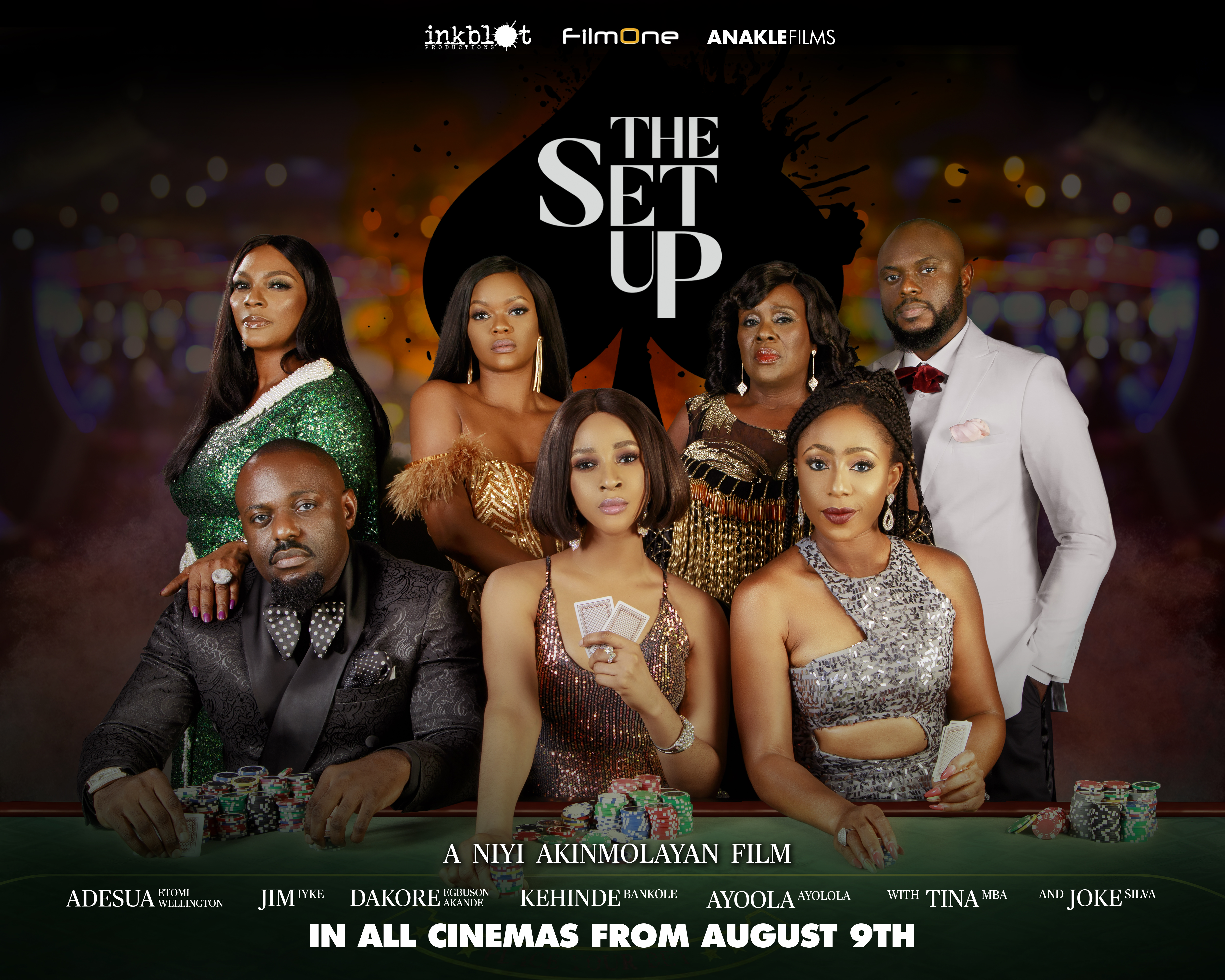 The official trailer of  The Set Up is out!

Following the announcement of The Set Up in June, it has fast become Nollywood’s most anticipated film of 2019.

Written by Chinaza Onuzo (The Arbitration, The Wedding Party 2, New Money and Up North) and Directed by Niyi Akinmolayan (The Arbitration, The Wedding Party 2 and Chief Daddy), The Set Up is the story of Chike (Adesua Etomi-Wellington) a young drug smuggler who gets more than she bargains for and is drawn into a web of deceit when she is hired by a socialite (Jim Iyke) to assist with his scheme to marry a wealthy heiress (Dakore Egbuson-Akande).