We Need an Answer to #WhoKilledUjuNdubuisi, the Nigerian Insurance Exec Found Dead in SA Hotel 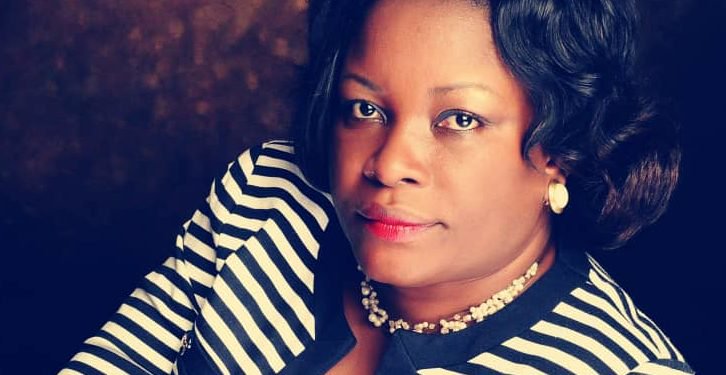 Uju Ndubuisi-Chukwu, the erstwhile Deputy Director-General of Chartered Insurance Institute of Nigeria (CIIN), had been in South Africa for a few days, and on the morning she was scheduled to fly back to Nigeria, she was found dead in her room, with autopsy result saying she died of “unnatural causes (consistent with strangulation)”.

Ndubuisi was in SA for the 46th African Insurance Organisation (AIO) Conference and Annual General Assembly, and had attended the closing gala before retiring to her room.

The Nation had reported that Ndubuisi, who lodged at Emperor Palace Hotel, walked to her room with a senior colleague and they both separated to their different rooms.

The colleague had knocked on her door for breakfast the next morning but no response. She knocked again after breakfast, and after she got ready to leave for the airport, but also got no response.

The Nation’s report stated that after the colleague went to the airport and did not find her, she returned to the hotel and raised alarm. Ndubuisi’s lifeless body was found in her room on June 13th 2019.

Whn Uju's body was found 13 June, the belief initially appeared to be she had suffered a sudden death overnight. However, on 20 June, following autopsy, South Africa's Dept. of Home Affairs issued a #DeathCertificate saying she had died of #UnNaturalCause#WhoKilledUjuNdubuisi pic.twitter.com/DasHWEKtnu

The #DeathCertificate was the 1st indication that Uju Ndubuisi may indeed have been killed. This was confirmed in a separate document issued by South Africa's Dept of Health on 27 June, where they confirm that the autopsy revealed she had been strangled.#WhoKilledUjuNdubuisi pic.twitter.com/z5DzRHZmzg

Former Chairman of the Nigerian Human Rights Commission (NHRC), Chidi Odinkalu said that the hotel management has refused to release CCTV footage to the police to aid investigations, adding that police “are now moving to close down investigations”.

Her family say they believe her colleagues have a hand in her murder because she was in line to become the new DG in September.

DG of Nigerians in Diaspora Commission (NIDCOM) and Senior Special Assistant to President Muhammadu Buhari on Diaspora, Abike Dabiri-Erewa gave an update on the case, saying CCTV showed that no one entered the deceased room and that South African authorities are investigating the matter.

“Update on Ndubuisi. Our CG (Consular-General) in SA (South Africa) along with the deceased’s brother are on the sad incident. CCTV showed no one entered the room. Autopsy showed she died of unnatural causes. An officer from the HC (High Commission) detailed on the case, working with SA (South Africa) police. Will keep you updated.”

Odinkalu quickly responded: “Your message here does two things in my view that are wrong. I say these advisedly. First, you give incomplete information on the autopsy outcome. Look at the record. It’s explicit. Secondly, you imply suicide. That’d have been ‘asphyxiation’ not strangulation. Please work harder.”

Dabiri-Erewa said she’s given the information as she received them, adding that Ndubuisi’s brother is working with authorities.

But Ndubuisi’s niece @ekenendubuisi has requested that the CCTV footage be released to the public, saying: “The update we received is the Hotel refuses to cooperate with the police and the case is slowly being buried!” to which Dabiri agrees “absolutely”.

In a statement by NIDCOM on Monday, the federal government “condemned the killing” of Ndubuisi with Dabiri-Erewa calling “on the South African Authorities to rise up to their responsibilities and ensure those that are behind the dastardly act are brought to book.”

We join other Nigerians in asking, Who Killed Uju Ndubuisi? and we hope #JusticeForUjuNdubuisi prevails.