Ike, Seyi get Physical and Jeff gets Evicted on #BBNaija Day 35

Grinding, Jealousy And Side Talk

After the party, Ike and Seyi got into a war of words over Seyi’s missing ice cream.

There has never been a Saturday Night Party without the drama that followed. This one wasn’t an exemption. This time, it started with Ike.

He was angry with Mercy for letting Joe grind on her at the party. To make him pay for his offence, he stormed the room looking for Joe whom he said he would beat up. But Mercy managed to drag him back into the room. Could this be his way of impressing her or just an alcohol-fueled rage? 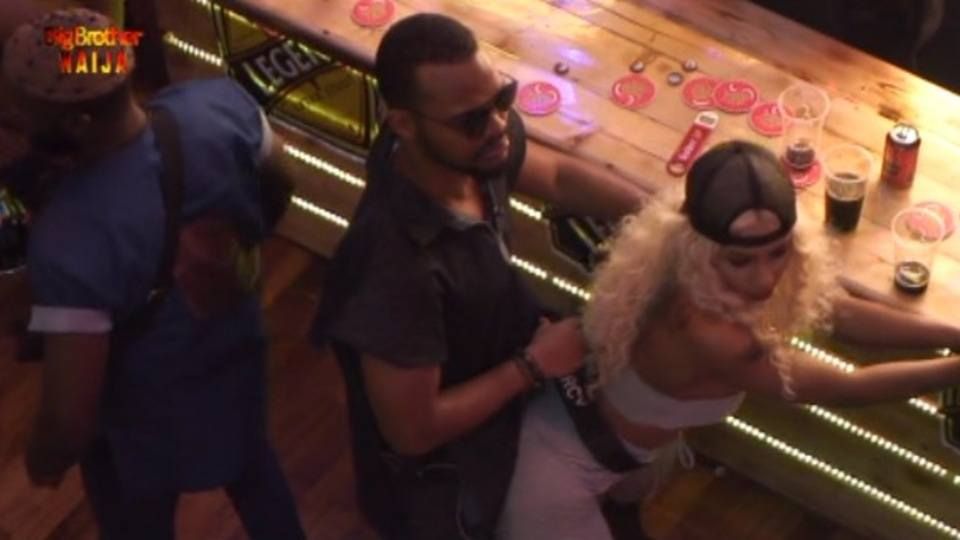 After the party, Seyi kept ranting about his drink. Talking to no one in particular, he went on questioning why anyone would take his drink for no reason. In the garden, he complained to Tacha first before moving on to Sir Dee, explaining why he was angry with whoever took his drink. His anger at his missing drink must have gotten the best of him and that was why he decided to take out his rage at Mercy in the kitchen for taking a large chunk of meat. Mercy, unsure of why Seyi was particularly mad, decided to apologize and even offered to return the meat, but that wasn’t enough to pacify Seyi.

Just when we thought that this was over between the two, we saw Ike hurling curse words at Seyi in the garden. He was saying over and over again, ‘F*ck the ice cream nigga’. It was after Seyi remarked that Mercy had gone to report him to her boo, that we got the full story behind Seyi’s anger. Apparently, It wasn’t only his drink that had gone missing, his ice cream had also grown wings and disappeared. In a fit of rage, and probably to defend his woman’s honour, Ike lurched at Seyi with intent to get physical, but Sir Dee, Frodd and Omashola were there just in time to hold him back and keep him from earning himself another Strike. 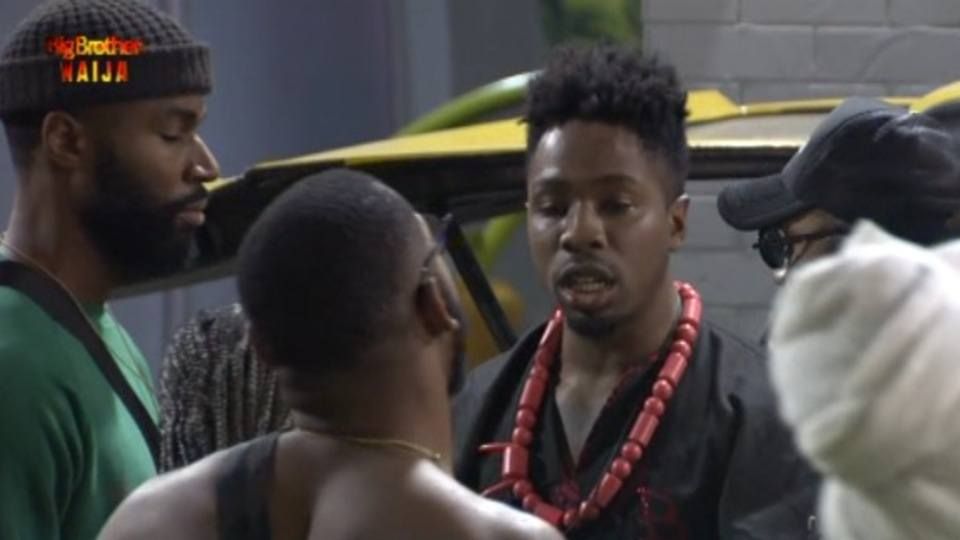 Like the Drama wasn’t enough, Frodd decided to add a little more fuel to the already heated situation in the House. Frodd who had quite a bit of pent-up animosity towards Seyi decided this was the best time to bring up the issues we had with him. What was questionable was his motive of bringing up said issues just after Seyi had left the garden. Tacha who happened to be there and wasn’t going to hang around idly while Frodd made those comments about her new best friend, Seyi. What ensued next was another shouting match between Tacha and Frodd, but mostly Tacha. She clearly didn’t approve of Frodd talking about Seyi behind his back and insisted he man up and go say it in front of Seyi. What is puzzling here is the new-found solidarity between Tacha and Seyi. Was she really sticking up for her friend or just irritated by Frodd. Let’s not forget that these two have a history. Anyway, it was a good thing Omashola stepped in with humour to keep the situation from escalating. 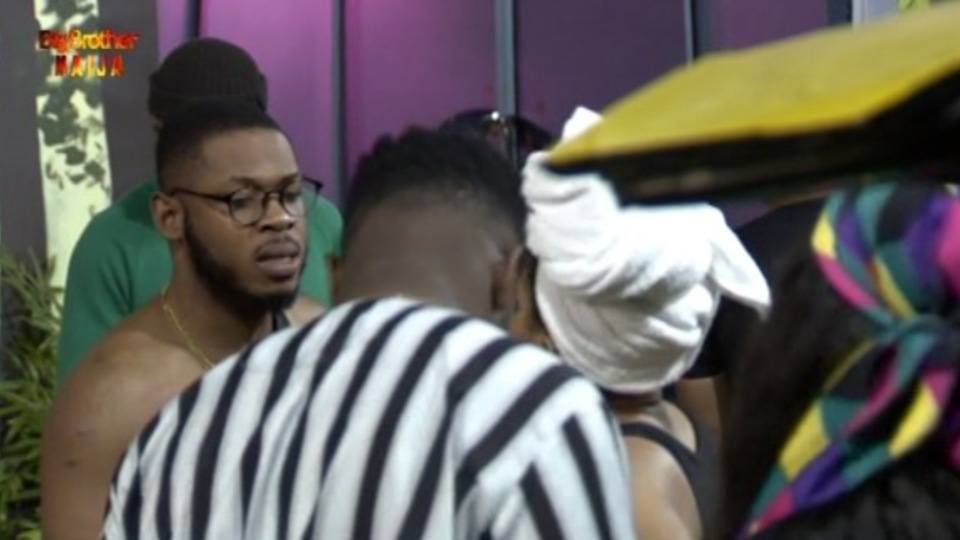 The after-party Drama is fast becoming a permanent item on the Pepper Dem Gang menu and they never fail to dish it out to us every Saturday. So, come next week Saturday, we will be back to make our order of ‘Drama Filet mignon’ with a dash of Suya pepper.

The stage is set for another Live Eviction Show on BB Naija and this is how it went down.

If threads could speak, they would come together and say one name – Ebuka. As it is the goal for the Season, Ebuka Obi-Uchendu – our ever ready host did not fail to pepper us with his smashing ensemble.

Dressed by Tiva Bespoke, Ebuka elicited the right response from the crowd as he made his entrance on stage. At this point, we can only scream for more outfit goals from our Host as the rest of the season unfolds. 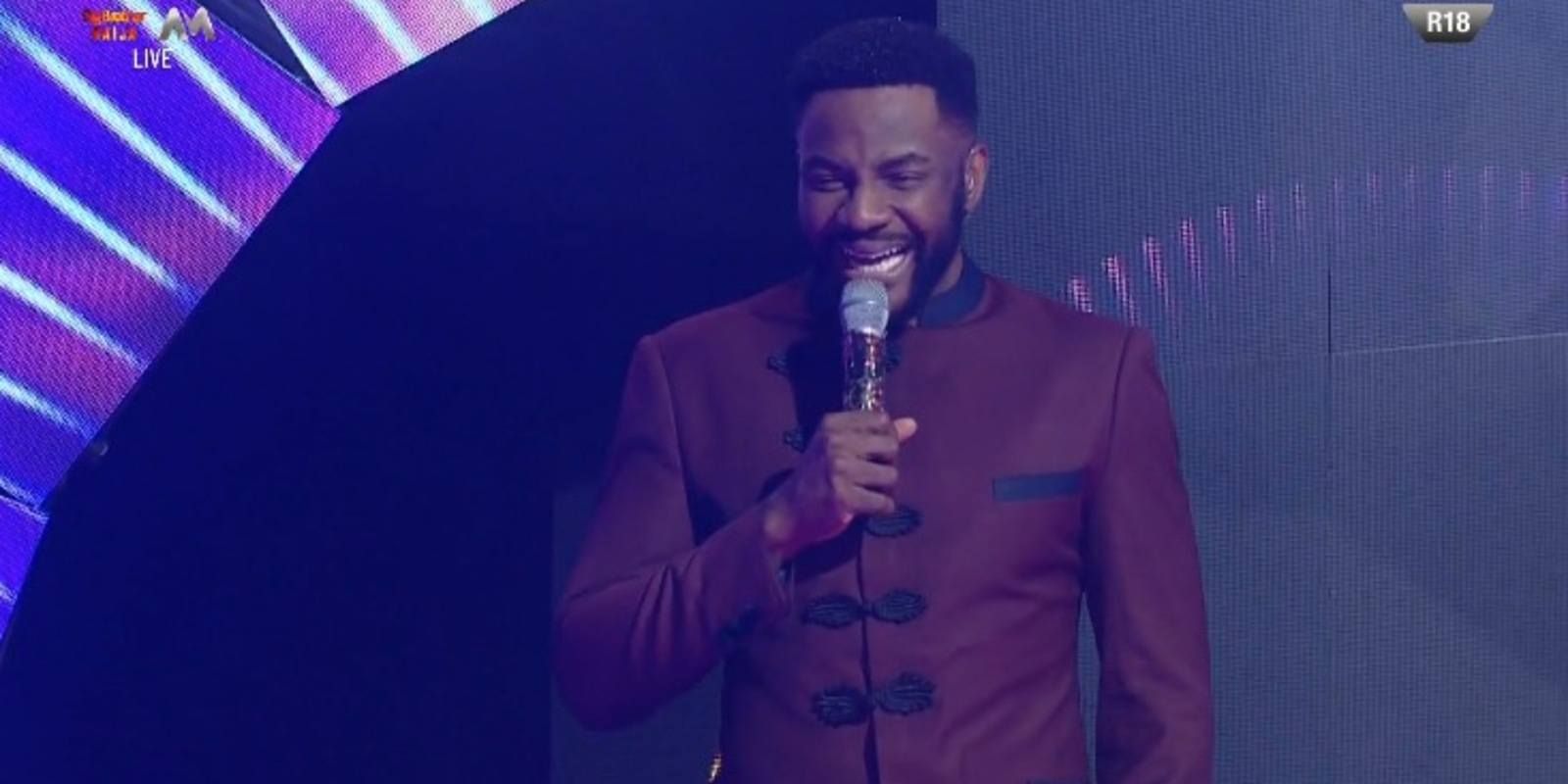 Nobody fine pass you, says who? T Classic, of course!

Fast-rising Nigerian musician and songwriter, T Classic pulled some heartstrings and melted hearts tonight with his serenading performance on the Big Brother Naija stage. But wait a minute, what were you expecting? The way the ladies in the crowd screamed the lyrics, we feel that T Classic had them in mind when he wrote the song. His vocal strength and superb delivery tonight will remain evergreen in the minds of many.

It was goodbye for Jeff as he bade the rest of the Pepper Dem Gang farewell tonight. The tension which begun since the Nominations on Monday got to a head tonight with the Eviction announcement. While this signified the end of the road for Jeff, it also spelt relief for Omashola, Mike and Tacha as the cup of Eviction passed over them this time. Jeff is the eighth Housemate to take a bow from the Big Brother Naija Pepper Dem Season.

With Jeff gone, this leaves eighteen Housemates still in the race for the ultimate goal of 60 million Naira.  Yes, if you missed the announcement Ebuka made, the new Housemates are also competing for the prize. The heat sure has gotten intense. 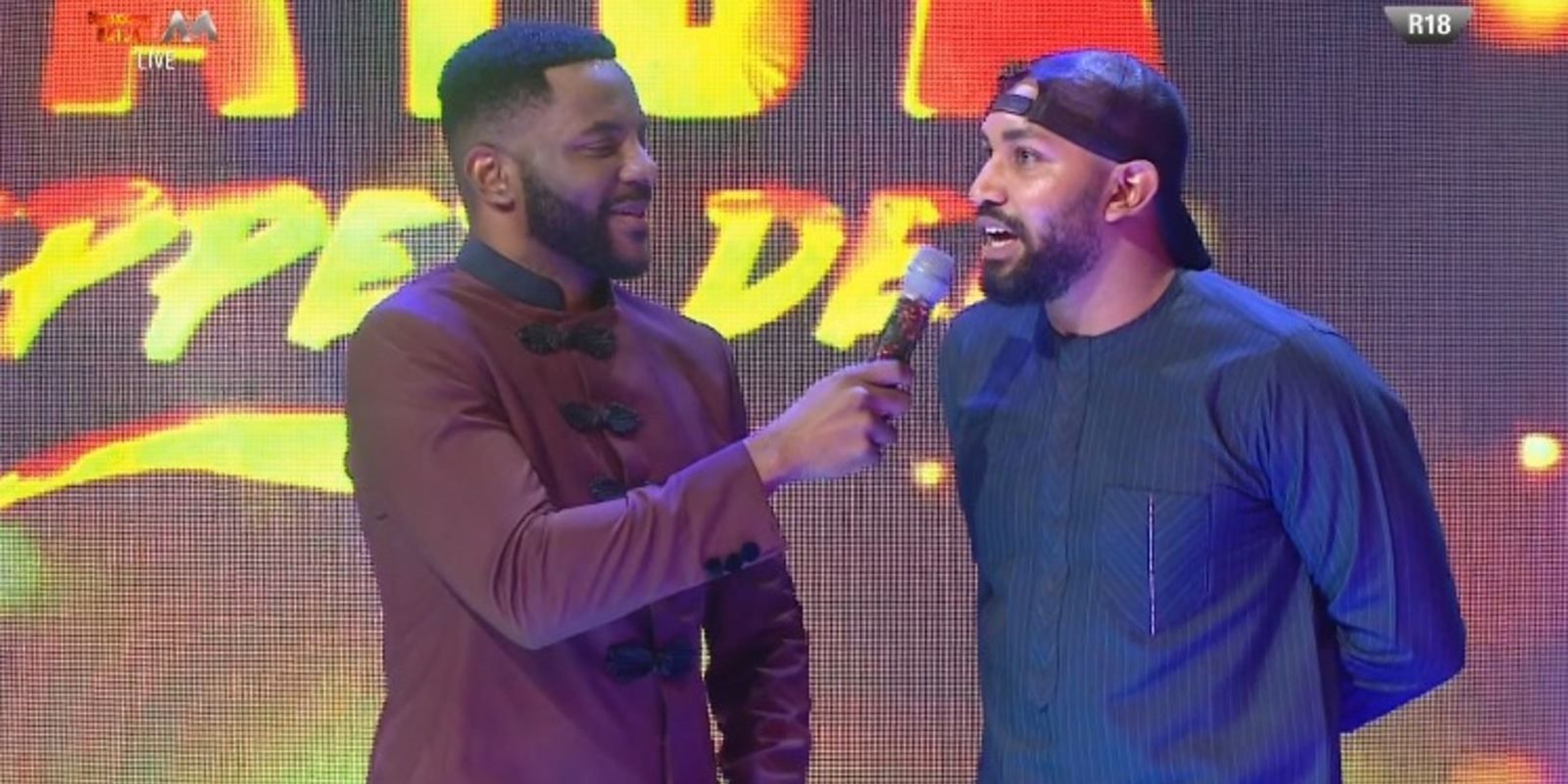 In his chat with Ebuka, Jeff said he doesn’t know why he was Nominated but he felt that he has stepped on a few toes. He further revealed that no matter what, he enjoyed his time with other Housemates.

When asked about KimOprah, the first HoH of the Pepper Dem House told Ebuka that he likes KimOprah’s energy especially the fact that she continues to add value to herself. On his plans after the show, Jeff revealed that he is going to take it one day at a time.

We wish Jeff all the best in his future endeavours.

Life before #BBNaija: WATCH Mercy in the Music Video for Baby Mama by Ichaba and Davido