Niyi Ademoroti: Biodun Fatoyinbo is Back on the Pulpit & No One is Surprised 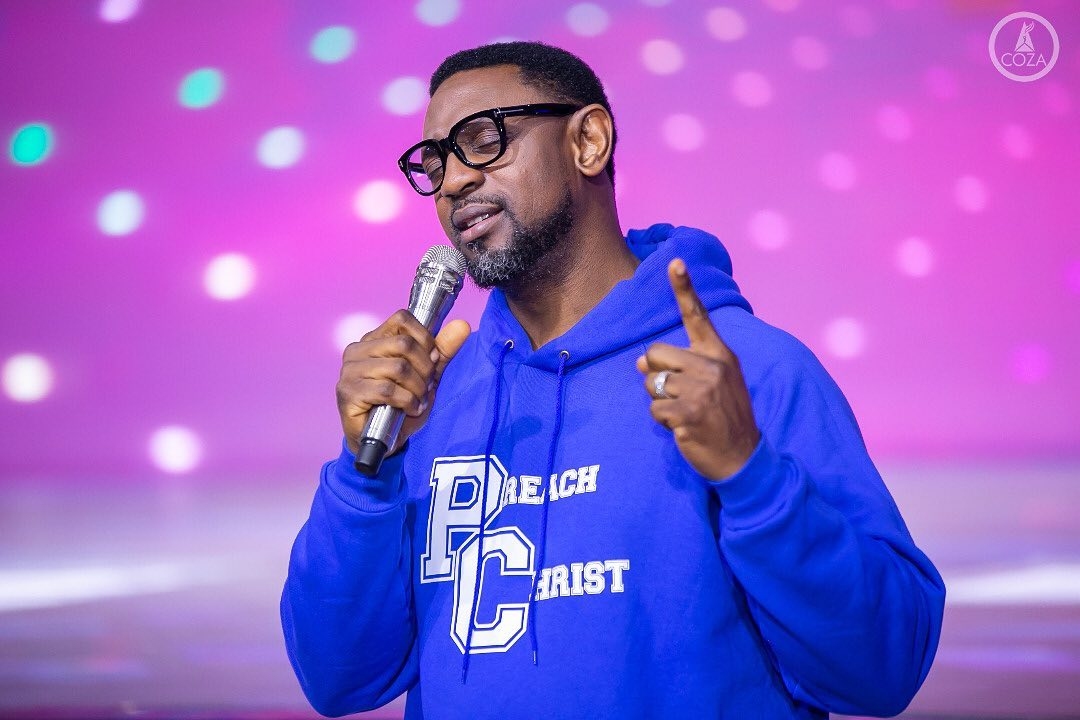 My friend’s marriage was almost broken by Pastor Biodun Fatoyinbo‘s alleged rape. The true story is less dramatic, but not far off: Her brother-in-law is a member of Commonwealth of Zion Assembly (COZA). Curious, she’d asked how he could continue to worship in a church where the pastor is a rapist. Aren’t there other churches? Her brother-in-law’s defence? That maybe his pastor’s accuser, Busola Dakolo, enjoyed it. That why didn’t she shout? That why is she just bringing it up now? You know, the same comments Fatoyinbo’s ardent followers make on social media.

My friend had thought her brother-in-law was above it. She’d thought he knew better. She told him she was leaving the living room, but only because the words she had on her tongue were words that could destroy precious things.

It’s easy to read comments on social media and go, oh, this person is stupid. It takes little effort to shout, “Rape apologist” at members of COZA when they walk past you, out of their church. But it’s different when it’s someone you know, someone you maybe even love. Someone you know to be not stupid, someone who usually condemns things like this, someone woke.

I think we all knew Fatoyinbo would return to the pulpit. We may have thought, Not so soon, but we all knew it was going to happen eventually. We’re all aware of the warped sense of justice we possess as a people and a nation, how morality has come to mean the opposite of what it means. Corruption and abuse of power are intricately sewn into the fibre of our culture, encouraged and to be aspired to. And so despite our protests both on and off social media, I think at the back of all our minds was the knowledge of the limits of its efficacy: we could shame him into taking a long break, but would never be able to bring justice—that is, resignation and/or conviction.

Still, not so soon.

Watching members of COZA celebrate their pastor’s return, I needed to know how he managed to return so soon. I needed to know why they stay steadfast in their belief in and love for him, a love strong enough to see him weather this fierce storm. And so I turned to a friend who I thought, perhaps due to a blind faith, was a former member of the church. Turns out he’s still a member.

“We were all still rooting for him while on his short break! For every COZA member, most especially workers, Baba remains a father figure to us. I’m glad he’s back.” That’s what my friend told me.

I was confused. “What about the allegations?” I said.

Because he was my friend, I was expecting thoughtful answers – answers that would force me to provoke my prejudices. Instead I was hit with the same rote replies on social media, all of them easily counter-able.

The first was that the aggrieved – the Dakolos – should have gone to their pastor and sought to mediate the issue. This, of course, makes no sense, as rape is a crime, not a mere disagreement. You don’t seek justice for rape through mediation. When I asked if he would suggest the same if the crime were murder, his reply was, “Murder is huge.” Well, so is rape.

Another defence he had was to relay to me a story of a “compromising situation” he once found himself in. But the said “compromising situation” was a consensual one, which negates any defence that could be against his pastor. Fatoyinbo was not accused of visiting a friend and then engaging in consensual sexual activity. He was accused of entering into a young lady’s home and tearing her clothes off her and raping her.

“Some of us have parents who have done certain ungodly or embarrassing things, things we know of. Does that give you the right to disown or disassociate with them?” he said. Another defence that sounds like the “Nobody holy” you hear when people try to defend internet fraud. But rape isn’t just an “ungodly” or “embarrassing” thing. It is vile. And if our parents are rapists, then yes, they should pay for it.

He said when people realise a wrongdoing, it takes a lot of humility to go back and amend it, and what we need to do is give them space to let them heal. He said he knows his pastor is working on it—at this point it is obvious that he knows his pastor is guilty—”because he doesn’t make international trips alone anymore.” Besides the consistent downplaying of his pastor’s offence—rape—another problem here is that his pastor has refused to acknowledge that he did what he’s been accused of.

Fatoyinbo and his wife, Modele Fatoyinbo, have categorically denied the rape. I know I would be more understanding of his followers if Fatoyinbo had admitted his crime, and sought forgiveness and repentance. That he is working on his “wrongdoing” in private by no longer going on trips alone is indicative of nothing. Not regret, not penitence.

I think it is obvious that this essay is a veiled attempt at changing the minds of members of the church. It is an assault against the defences they have mounted in their minds in support of their pastor. It continues to sound as if you guys believe your pastor is guilty, and forgive him regardless. You say you’re sitting on the fence despite your pastor’s consistent denial, and that is because you know it’s possible your pastor raped this woman, when she was a child.

Your pastor isn’t repentant. He isn’t sorry. He isn’t contrite. He has been accused of using his power and influence to silence his victims. He allegedly got the police to follow the Dakolos. With guns in their hands they demanded that she sign a letter acknowledging that her allegations were false. Your pastor, with his power, allegedly did this. Yet, you insist on forgiving him, when every evidence points to the possibility of him again raping another woman. He does this because of your continuous permission.

Another thing my friend said was that he’s responding deep from a place of graciousness he’d give another human, a place of empathy. But while you guys continue to respond to your pastor from a place of graciousness and empathy, you need to remember that the victim, too, needs graciousness and empathy. The victim felt all the pain, not the pastor. Don’t imagine it was your sister who was in the same situation. Imagine it was you. Don’t imagine yourself in a compromising situation. Imagine your pastor, Baba, whom you trust so much and regard as your spiritual father, imagine he comes into your house and rapes you, a 17-year-old. That’s how to empathise.