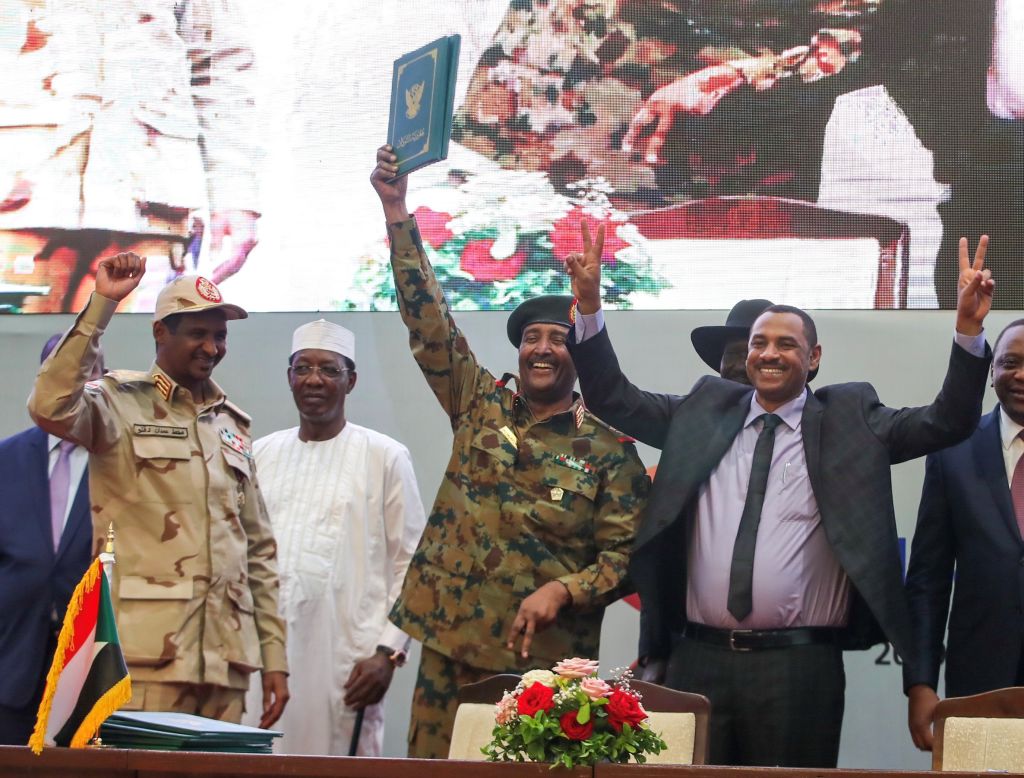 KHARTOUM, SUDAN – AUGUST 17 : Sudanese General and Vice President of Sudanese Transitional Military Council, Mohamed Hamdan Dagalo and Sudan’s Forces of Freedom and Change coalition’s leader Ahmad al-Rabiah greet after signing an agreement in Khartoum on July 17, 2019. Sudan’s ruling military council and a coalition of opposition groups on Wednesday signed a political deal that paves the way for the handover of power to a civilian administration. The signing of the deal came after marathon talks between the Transitional Military Council (TMC) and Forces of Freedom and Change coalition throughout the night to iron out some details of the accord.

Sudan has sworn in a Sovereign Council which will form its transition government for 3 years, until elections in 2022.

The head of the Transitional Military Council (TMC), which ruled the country since longtime leader Omar al-Bashir was deposed in April has been sworn in as the president of the Council

“General Abdel Fattah al-Burhan was sworn in as president of the sovereign council,” the official SUNA news agency reported on Wednesday, according to Al Jazeera.

The Sovereign Council is made up of 6 civilians and 5 military personnel, all of whom have been sworn in.

Prime minister-nominee Abdalla Hamdok is expected to be sworn in by the end of the day.

On Saturday, the TMC and civilian leaders signed a deal that should pave the way to a new democratic dispensation.

According to the agreement, al-Burban will lead the Sovereign Council for 21 months, followed by a civilian leader for the next 18 months.