Femi Bakre of Kraks Media is Our #BellaNaijaMCM this Week! 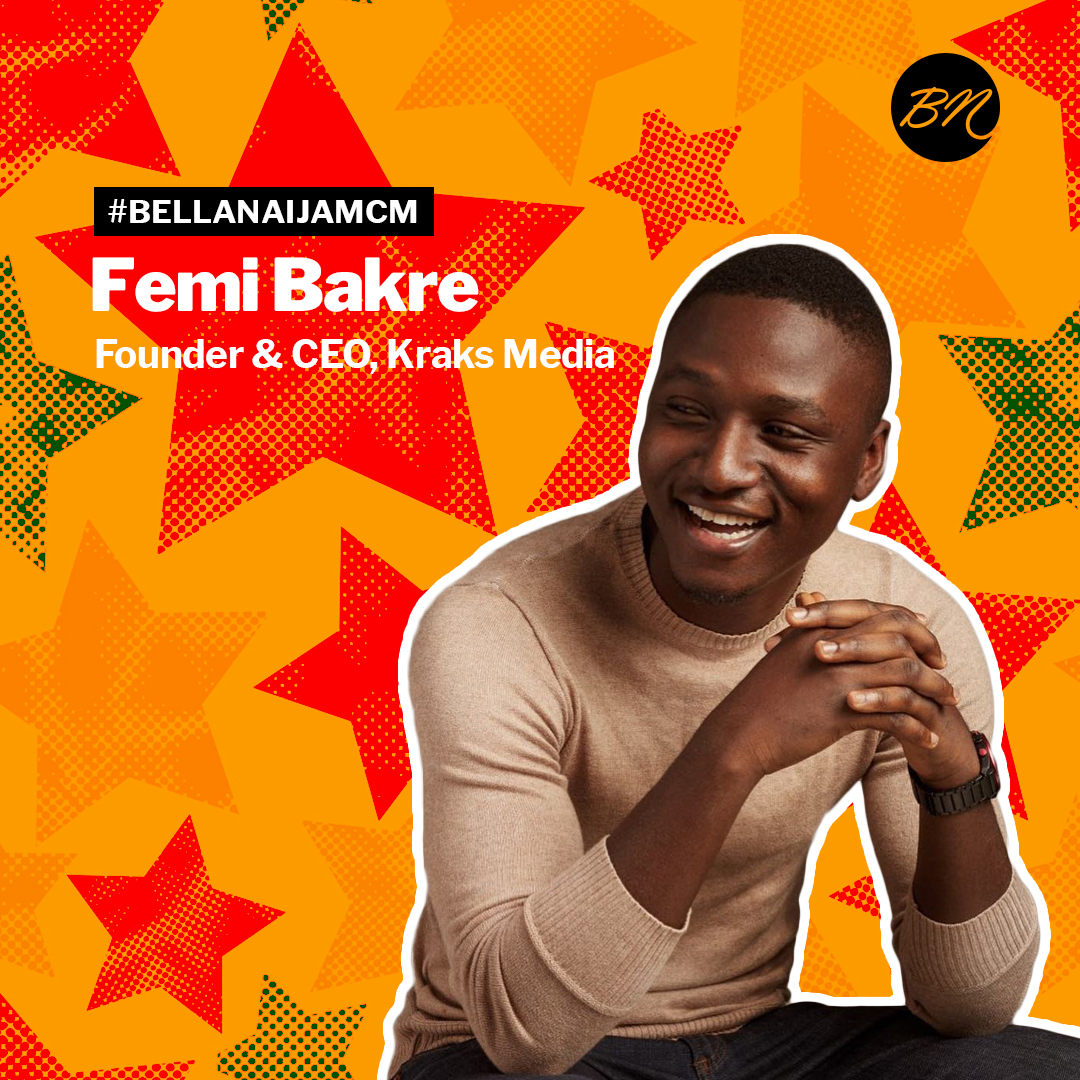 #BellaNaijaMCM this week Femi Bakre describes himself as a content evangelist and rightly so; he’s the founder of one of the most successful digital media companies in Nigeria – Kraks Media.

Femi started his business in 2015, after his tertiary education where he emerged the overall best student at the University of Lagos for the 2012/2013 session with a 4.86 CGPA, bagging an Electrical and Electronics Engineering degree.

During his mandatory national youth service, Femi started posting memes across social media. The reception was amazing, and that was how Kraks was born.

He began with zero seed capital, working alone and learning on the job round the clock, but today the company boasts a workforce of over 30 people and over 2 million followers across social media.

In 2017, Femi won The Future Awards Africa (TFAA) Prize for New Media award. He was a nominee in the Best Use of Social Media category for the 2018 MAYA Awards Africa.

Femi’s story is proof that with dedication and hardwork, your dreams can become reality and we’re so proud of him.