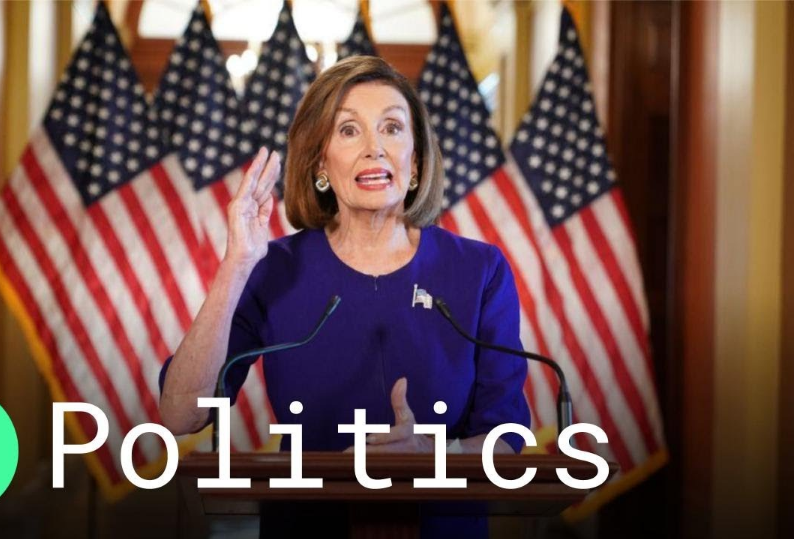 Speaker of the United States House of Representatives, Nancy Pelosi on Tuesday, announced a formal impeachment inquiry against President Donald Trump, charging him with betraying his oath of office and the nation’s security by seeking to enlist a foreign power to tarnish a rival for his own political gain.

According to CNN, this comes following reports that Trump allegedly pressured the president of Ukraine to investigate former vice president rival Joe Biden and his son’s business dealings in that country.

“The actions of the Trump presidency revealed the dishonourable fact of the President’s betrayal of his oath of office, betrayal of our national security and betrayal of the integrity of our elections,” Pelosi said in a brief speech in the Capitol.

“Therefore, today, I am announcing the House of Representatives moving forward with an official impeachment inquiry.The President must be held accountable. No one is above the law,” she said.

She also said: “In 1787, when our Constitution was adopted, Americans gathered…to await news of a gov’t our founders had crafted. They asked Benjamin Franklin, ‘What do we have? A republic or a monarchy?’ He replied, ‘A republic, if you can keep it.’ Our responsibility is to keep it.”

Mrs. Pelosi’s statement came after a meeting with all Democratic House lawmakers to discuss how to handle the Ukraine matter. After the meeting, more Democrats joined the speaker in backing an impeachment inquiry, though some members wanted to see the whistleblower report and learn more about Mr. Trump’s interactions with Mr. Zelensky.

Such an important day at the United Nations, so much work and so much success, and the Democrats purposely had to ruin and demean it with more breaking news Witch Hunt garbage. So bad for our Country!. Pelosi, Nadler, Schiff and, of course, Maxine Waters! Can you believe this?’  ‘They never even saw the transcript of the call. A total Witch Hunt! 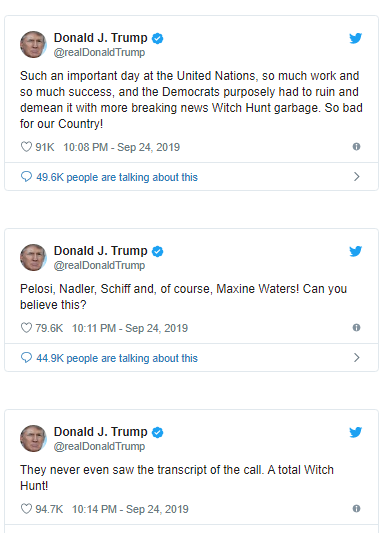