Here’s what the Pepper Dem Gang were up to after the Arena Games.

Knowing that finale is near, the Pepper Dem Gang have been on a cruise since morning and it continued after the Arena Games. As the music played on, it was either some beautiful dance steps or gist galore. Either way, never a dull moment in the Big Brother House.

Car Freedom
This is not the first time the Housemates would serve us their knowledge of different car brands. So when they started the car gist tonight we were not surprised. Omashola said that BMW is good for Lagos. But Seyi was more interested in a made in Nigeria brand, so he said he would check out the Innoson car. Well, Innoson is known for quality products, so we don’t think it would be a bad choice. 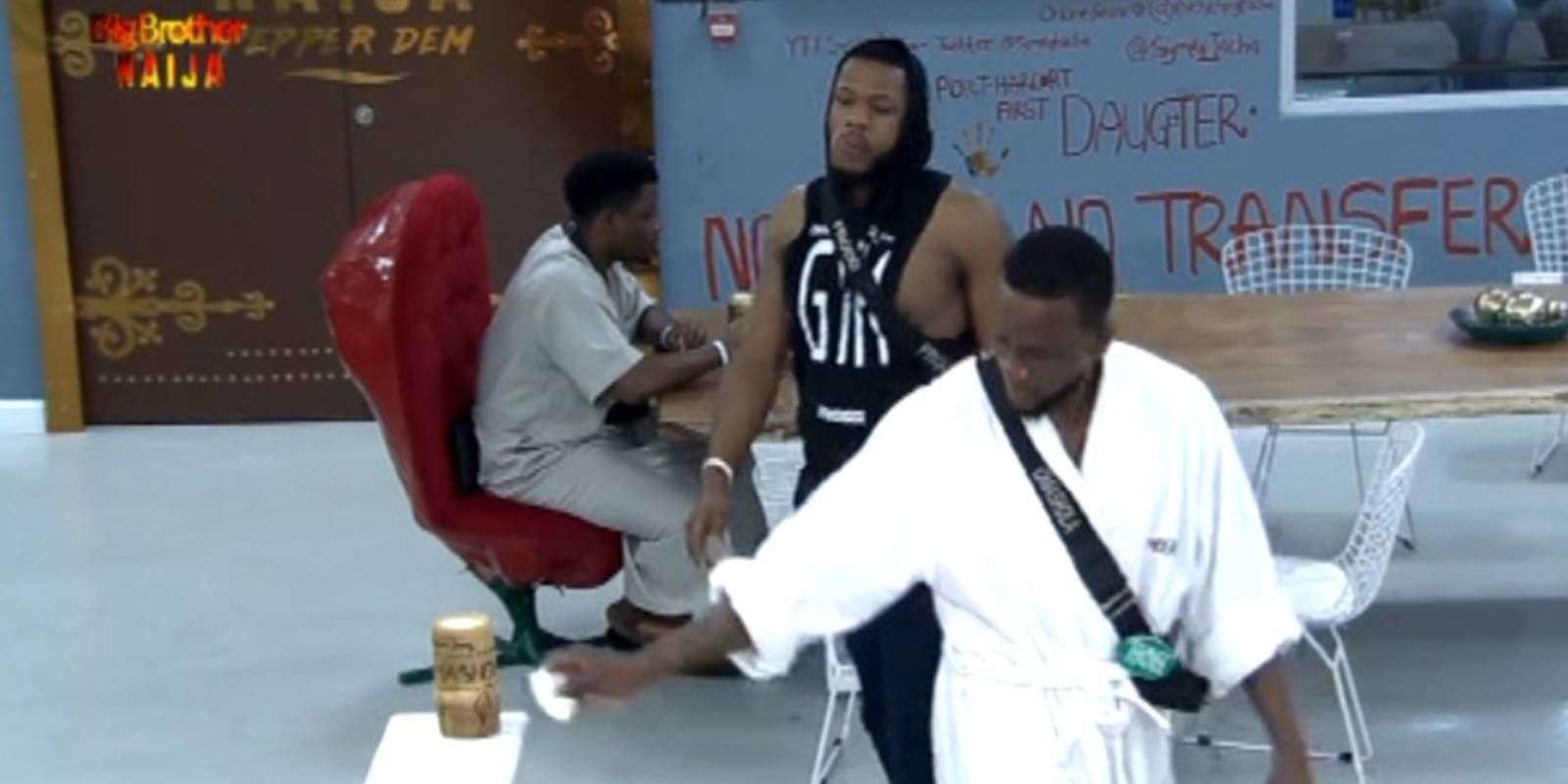 On Biggie’s Niceness
Being their final Arena Games experience, the Housemates would not stop talking about it. “Biggie was nice today,” Mike said. He wondered why no one got penalised with added time. Seyi and Frodd agreed with him. And talking about her energy, Omashola said Mercy’s performance at the Games beat his expectations.

Girlfriend’s Matter
Talking about their girlfriends, Frodd said he calls his her Obim, an Igbo word for “my heart”. Hmm how sweet! This made him remember her further when he said that she must have gone to meet his mother because they have a good rapport. “Because you’re now on TV,” was Seyi’s response. With Esther out of the Game, is Frodd now considering taking back his ex? 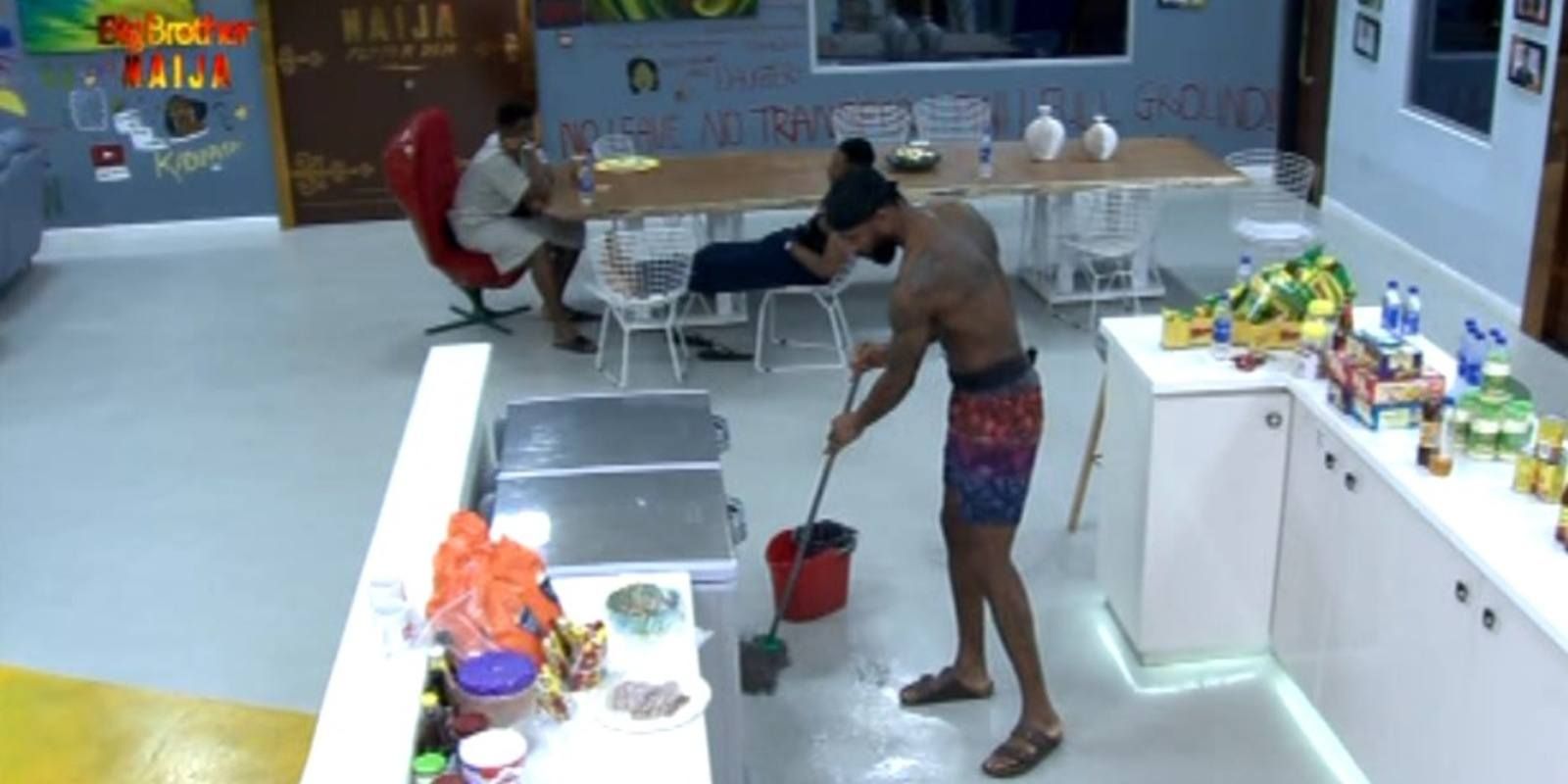 Whether they are just six in the House or not, you can’t take one thing away from the Pepper Dem Gang — they know how to cruise. Tonight was about gist.

It’s no secret that the Pepper Dem Season draws to a close. What you don’t know is what we got planned for the final Saturday Night Party. Now you are about to find out. For months, we’ve given you nothing but the most lit Saturday Night Parties and on this final note, we figured what better way to end it than to go out with a bang of double delights. Tonight, we are going to have not just one, but two amazing DJs. Tonight, DJ Obi and Dj Ssnatch take control of the deck as they take us into the world of unimaginable musical explosion.

Famed for setting a Guinness world record in 2016 for performing a 240-hour back-to-back set, Obi Ajuonuma AKA DJ Obi has another task tonight – to set the record for the most lit and electrifying Saturday Night Party of the Season. If his entertaining performances are anything to go by, you know setting this record will be a piece of cake for him. Starting his career as a radio DJ, DJ Obi has gone on to win several awards and hosted some of the biggest parties in Nigeria and Europe. 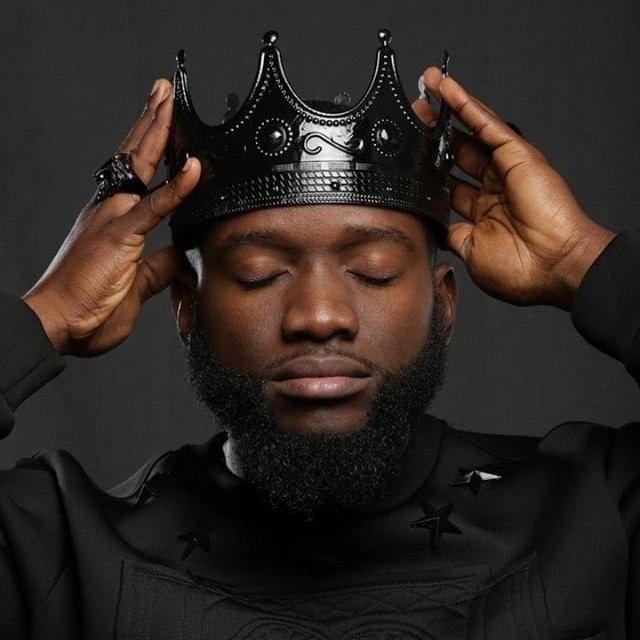 Also performing alongside DJ Obi to keep the energy on the dancefloor at an all-time high is Dj Ssnatch and going by his previous sets, tonight will be legendary. Not new to the scene, DJ Ssnatch is what you get when you mix a classic man with superb DJ skills. 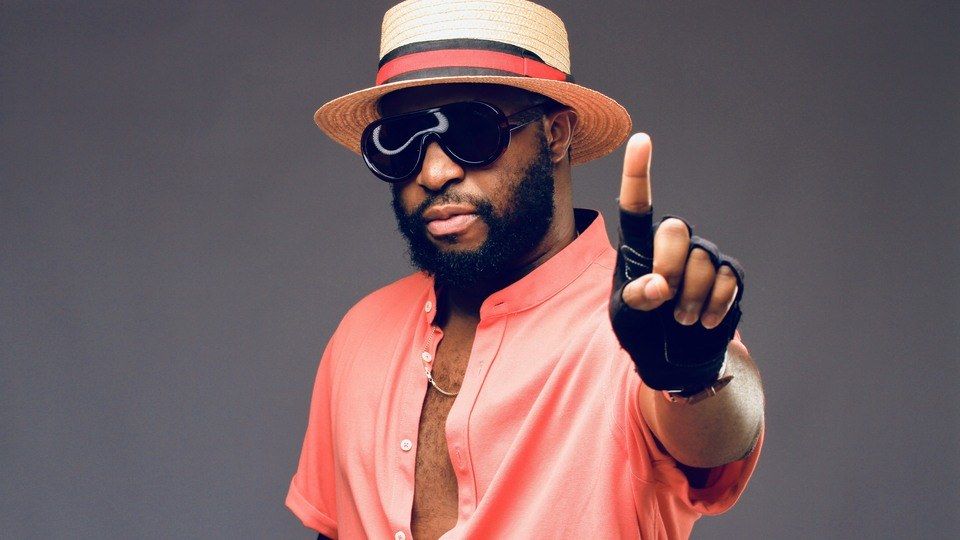 Tonight, he brings a blend of class to his set at the Saturday Night Party and one thing is certain, if he isn’t snatching our weaves, he will be coming for our souls on the dancefloor.

Battle Of The DJs?

Right after Gladiators battle, DJ battles come a close second. Will there be a battle? We can’t say for certain but we are definitely looking forward to one. None of the DJs lined up for tonight has ever shied away from a battle and tonight won’t be the time they do. If there’s going to be a royal rumble between the DJs, you don’t want to miss it. 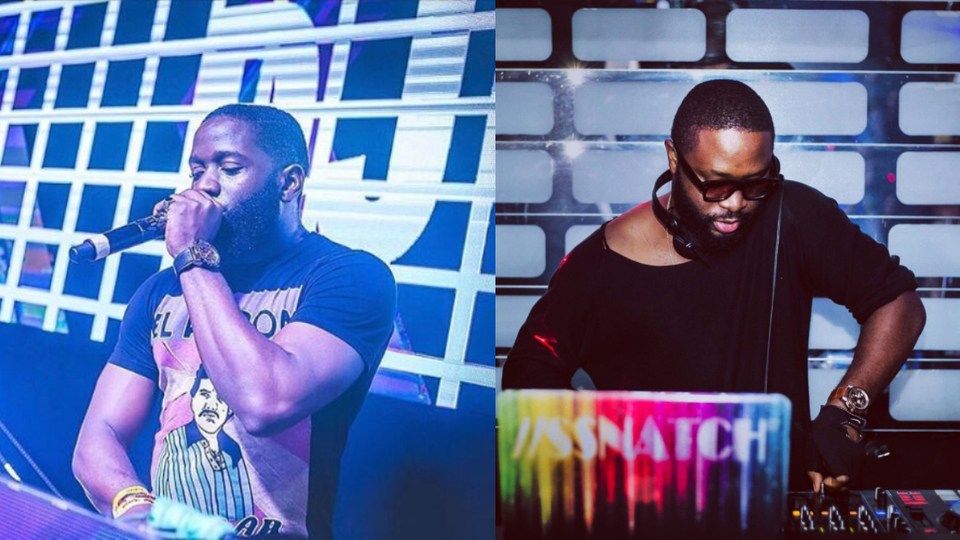 The Pepper Dem Saturday Night Party is rumoured to be the biggest Party of the season and we can’t wait to get it started.

Three all-star acts will be bringing down the House during the Finale. Wait… that’s not all, there’s more.

Every single artist brings something explosive to the Stage. Something guaranteed to leave everyone mind blown. Take for instance…

If any artist has had a great year, it’s this phenomenal award-winning lady right here. After signing a major deal with one of the biggest record company, featured on Beyonce’s album and released her chart-topping single ’49-99’, Tiwa Savage is set to take over the world, but first, she will be making a stop to take over the Big Brother Naija stage and have all of us in a frenzy. 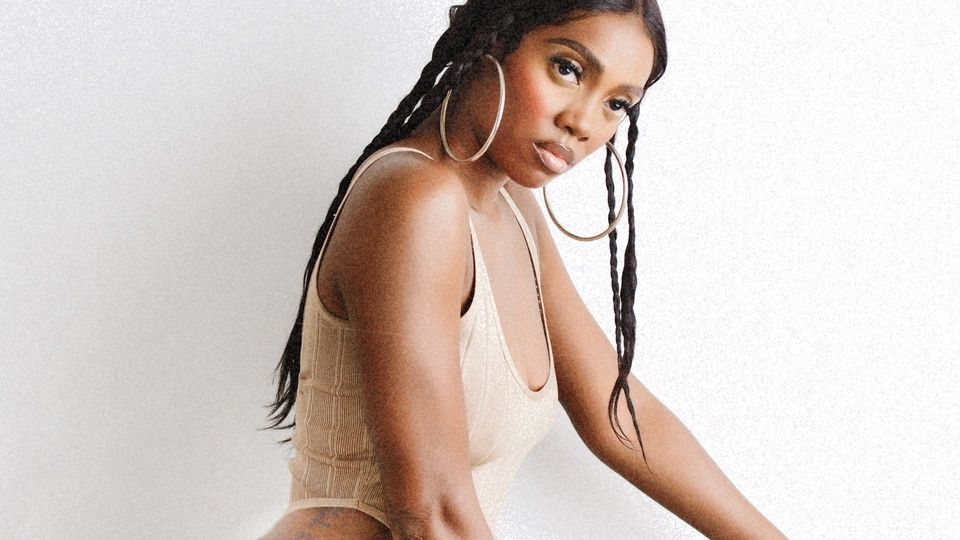 Away from twitter beef and rap battles, MI Jude Abaga is sitting comfortably on the throne of Nigerian rap and he isn’t stepping down anytime soon except to grace the Big Brother Naija stage with a legendary performance. The head honcho of the Chocolate City Music and multiple award winner will be on stage to show us why he is the chairman of Nigerian rap. 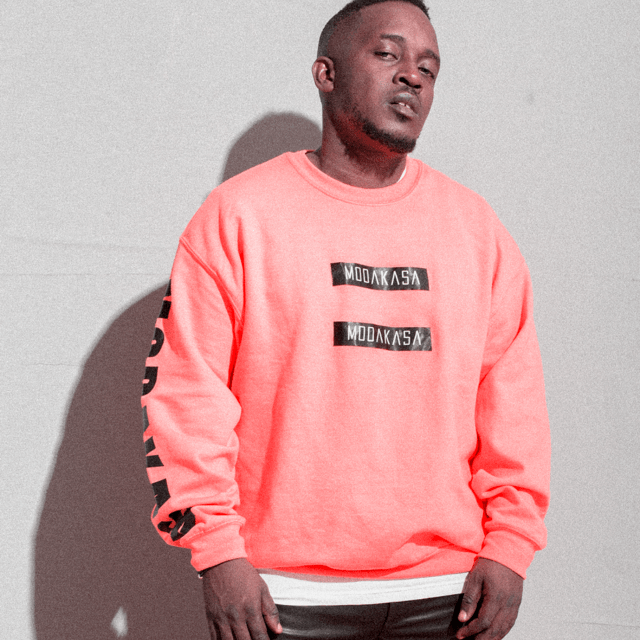 Coming from the success of his second Album, ‘Wilmer’, Patoranking has shown that when it comes to being consistent in the Nigerian Music Industry, he knows how it is done. He will be showing what it means to be consistent in the game as he steps on stage. Hopefully, he sings one of the songs he was featured on that has become a favourite in the Pepper Dem House. See brother… brother wey mumu ?? 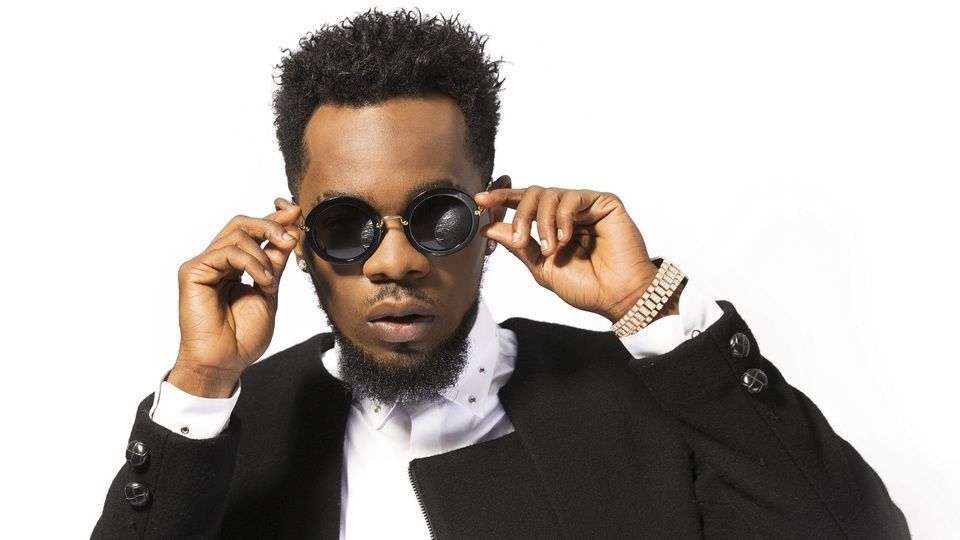 Of course, we won’t have all these amazing performances without incredible dancers to turn up the tempo and that’s where Imagneto, ZinnyX, and Dance Machine Empire come in. 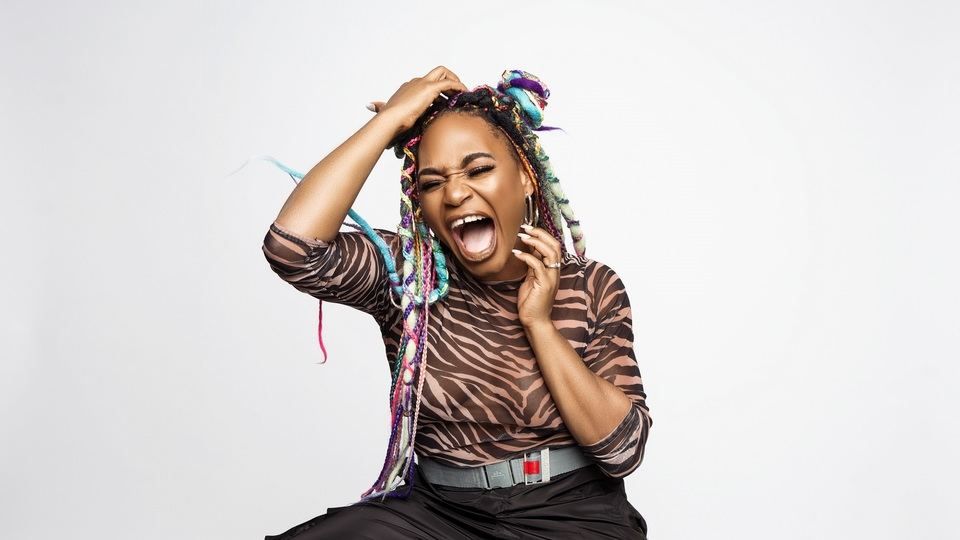 The King Of All Parties

Thought the Pepper Dem Five will be partying alone? Then you were in for a great surprise.

Two DJs, one performance, nineteen ex-Housemates and the last Saturday Night Party in the Big Brother Naija House was simply out of this planet. Sparkling in their outfits from Ochulo, the finalists rocked the glitz and glam themed Party in a way only they could do. 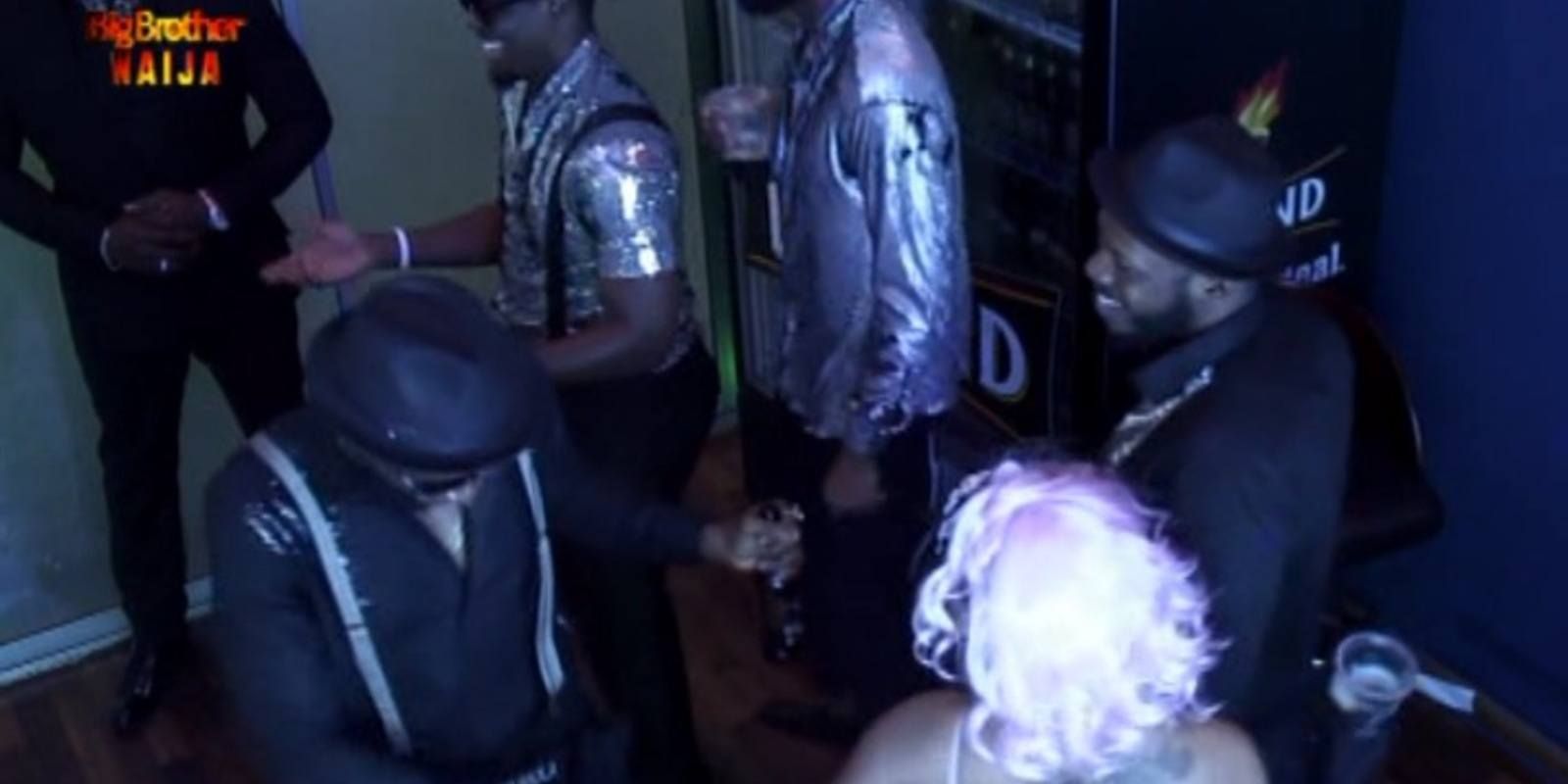 What Kind Of Pepper Is This?

They did move, but the surprise they met in the Party room was one of a kind. The ex-Housemates were in the building, ready to party with them just like old times but there was a snag. On the dancefloor separating the ex-Housemates from the finalists was a glass. The Housemates could see their former mates but couldn’t touch them. How painful. 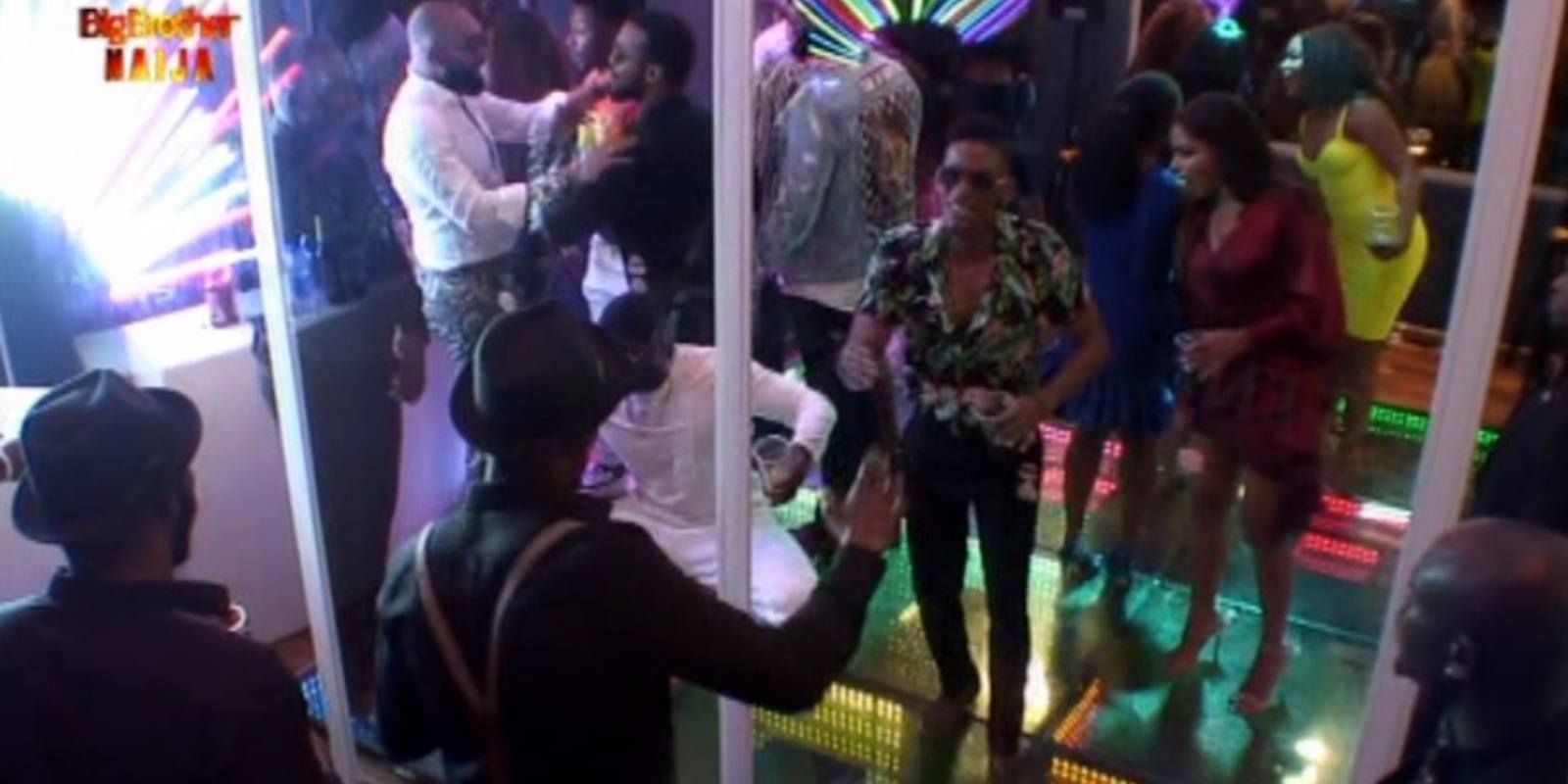 Our heartfelt concerns went to the ships and by this, we mean Frodd and Mercy. The way Esther was grinding on the other side of the partition was enough to make Frodd pull a superhero stunt but he held himself. What about Mercy? Sneaking peeks at her boo Ike like it was ages ago they last saw. At one point, we thought she was going to kick down the glass but being in the finals was enough consolation. Sorry guys, you will see your sweethearts very soon.

Bring Back The Tease

When Tuoyo removes his cloth at a Saturday Night Party, you know it’s about to get real.

Tuoyo truly added Spice to the final Saturday Party the way he knows how to do. From grinding down low to giving us a view of his briefs, Tuoyo brought sexy back to the dancefloor. Well done boss, you truly took us down memory lane of what Saturday Night Party used to be. 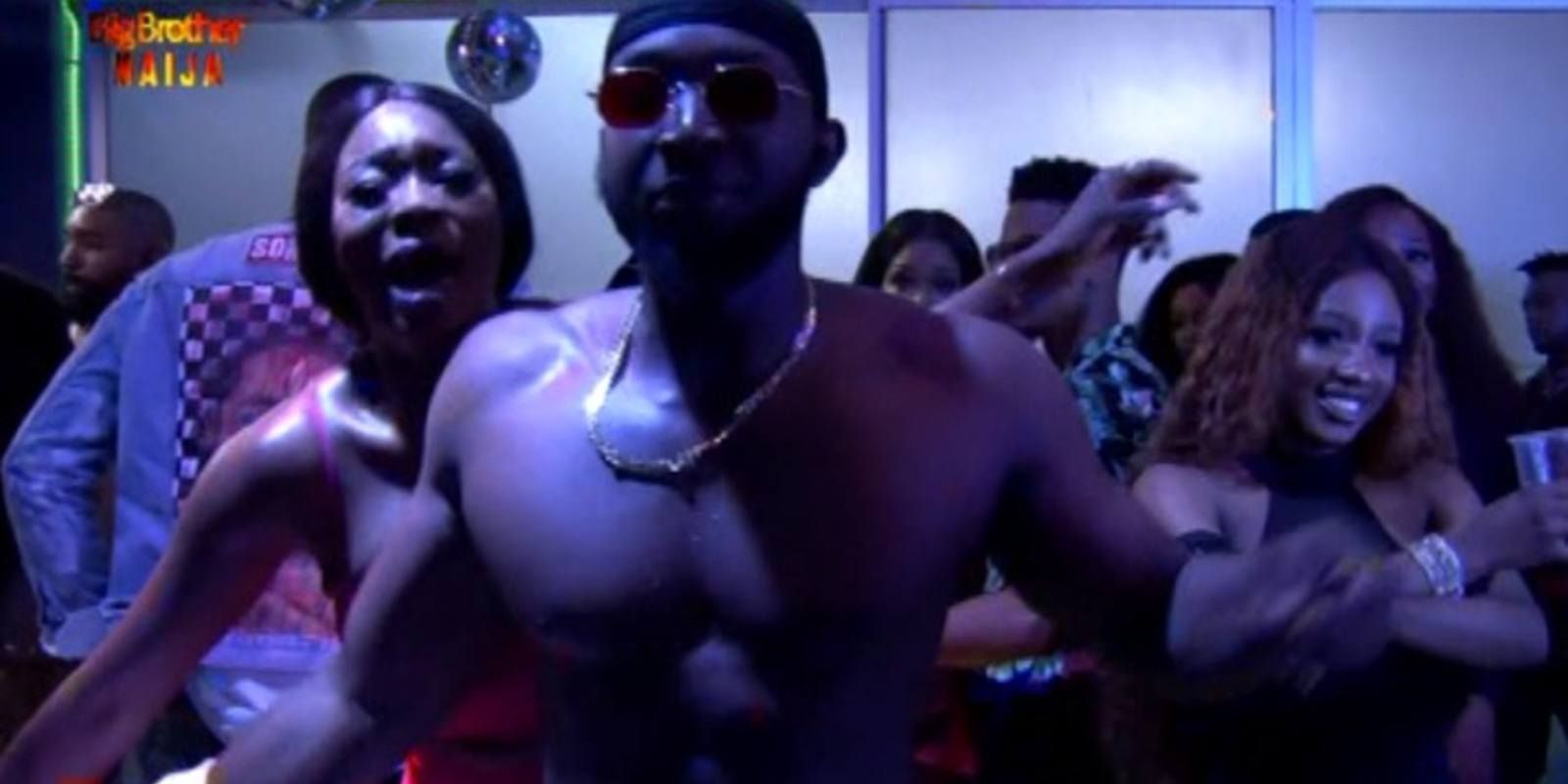 Signing Off With A Bang

Truth be told, DJ Ssnatch and DJ Obi made the Housemates lose their home training on the dancefloor with the songs they played from the start of the party to the end. Even Biwom added her flavour to the Party and with all these ingredients, the recipe for a great party was created

#BBNaijaparty Biggie, please you killed this party! I luv it! pic.twitter.com/NQWUlK20VR

#BBNaijaparty the party is maaaadddd….. Biggie you have outdone yourself………. ? ? ?

What a way to wrap up the Saturday Night Party for this season.

Tacha sends Best Wishes to #BBNaija Top 5: “To me, you all are winners”