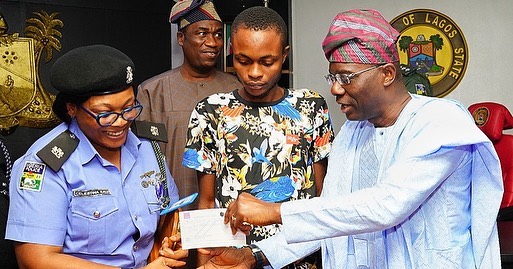 Divisional Police Office (DPO) of the Ogudu Police Station in Lagos, Celestina Kalu was on Monday rewarded by the Governor of Lagos State, Babajide Sanwo-Olu for an exceptional act of kindness rendered to a robbery victim, Friday Ojabor.

Babajide Sanwo-Olu personally invited the kind-hearted police officer to the State House for the honour.

The governor rewarded the Police Officer with a cheque of an undisclosed sum of money.

Photos from the meeting was shared on the personal social media page of the governor.

A young man, Friday Ojabor was attacked and shot in the abdomen by a group of armed robbers. The Policemen from Ogudu Police Station received the distress call and rushed to the scene, who on getting there, rushed Friday to various hospitals who couldn’t handle the severity of his wounds, before he was eventually taken to LASUTH.

SP Kalu proceeded to LASUTH where she not only stood as his surety, but also covered all expenses, while offering to donate her blood during the surgical procedure.

We are indeed glad that her magnanimous attitude saved the life of an innocent young man.

We hereby celebrate and commend this outstanding woman of courage and character whose exemplary attitude and compassion will go a long way in restoring our faith in the Nigerian Police, and humanity in general. 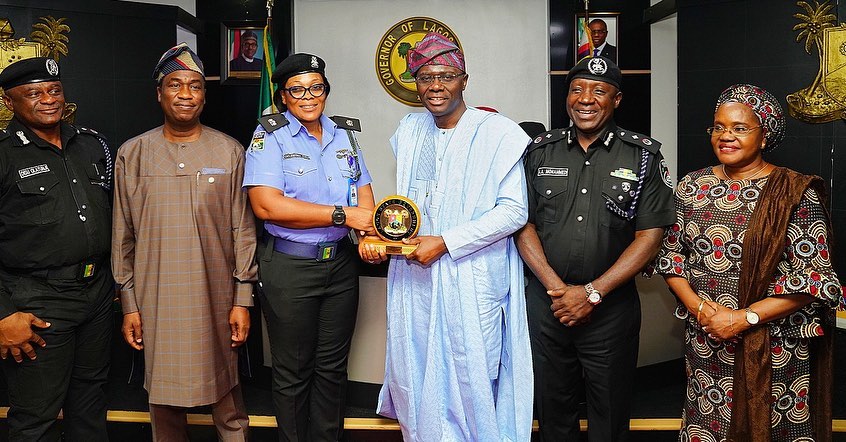 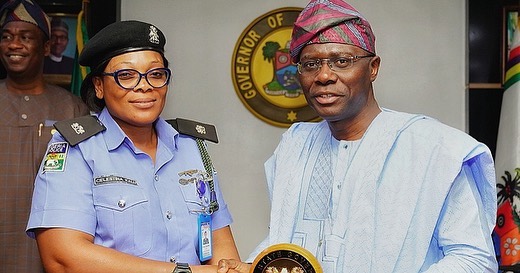 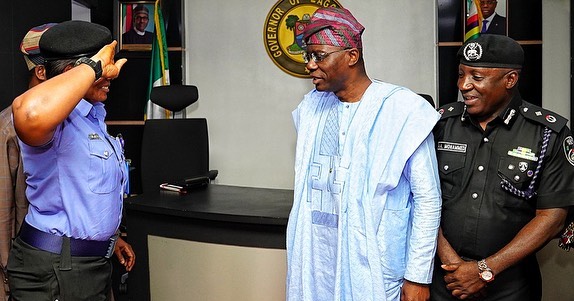