FG wants to Bring Back Toll Gates on Federal Highways 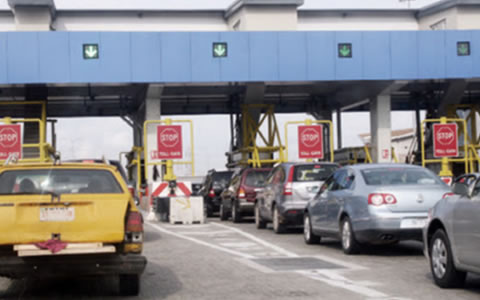 The Federal Government has announced plans to return toll gates on federal highways in the country.

Fashola stated that there was no law that stopped the government from having toll gate on federal roads.

There is no reason why we can’t toll, there was a policy of the government to abolish tolls or as it were, dismantle toll plaza but there is no law that prohibits tolling in Nigeria today.

We expect to return toll plazas. We have concluded their designs of what they will look like, what materials they will be rebuilt with, what new considerations must go into them. What we are looking at now and trying to conclude is how the bank end runs.

Fashola said that the government was also considering eliminating the payment of cash and introducing e-payment. The Minister further disclosed that government needed to acquire more lands to expand the width of the toll gates as it is proposed to have a ten-lane.

Man Recounts Sad Story of How He was Raped, Arrested & Jailed on GuardianTV | Watch