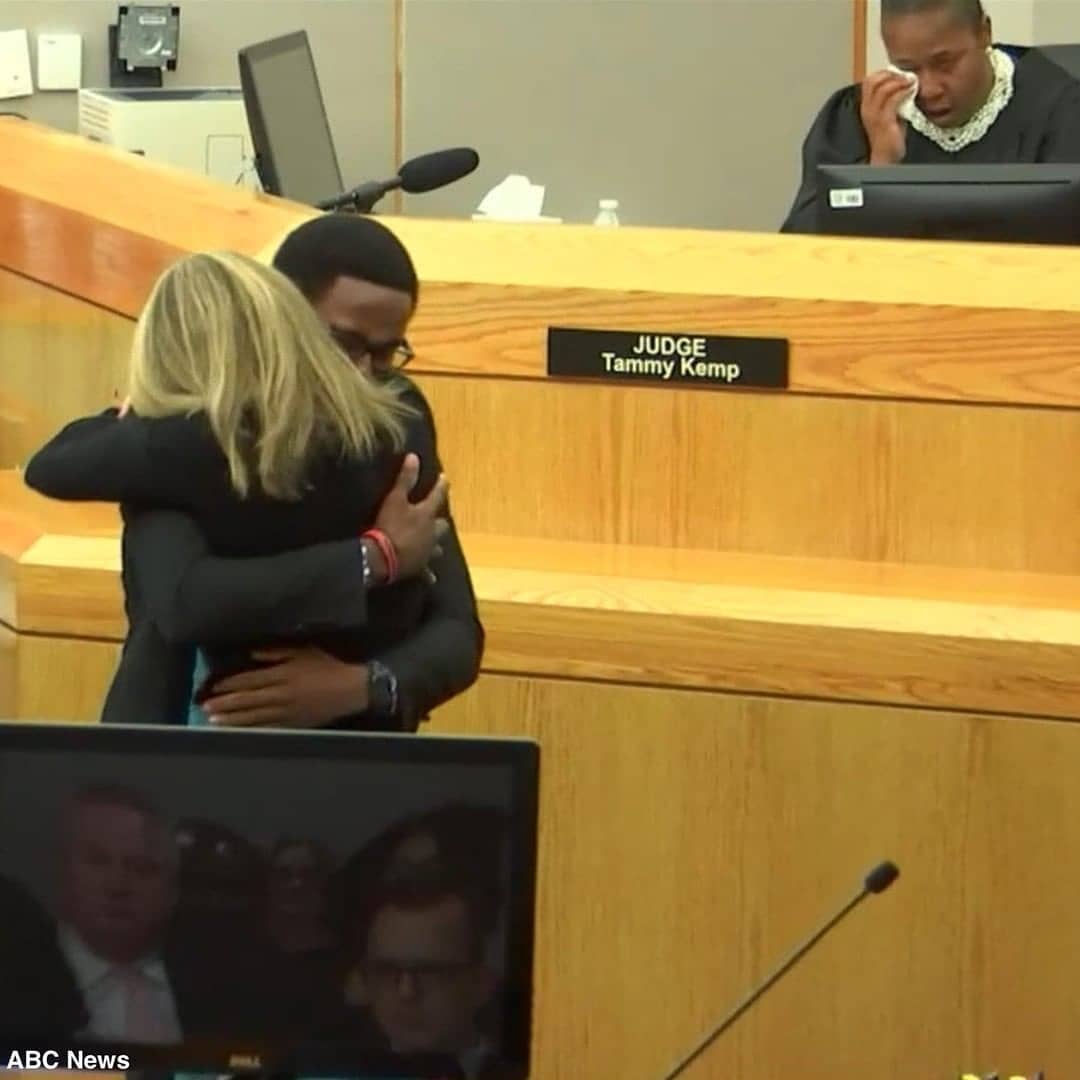 Ex-cop Amber Guyger has been sentenced to 10 years imprisonment for killing her neighbour Botham Jean in his apartment.

Guyger fatally shot Botham in his own apartment on the 6th of September 2018, she claims she mistook his apartment as hers and thought he was an intruder.

She was earlier found guilty of murdering Jean, who was watching television on his couch and eating vanilla ice cream.

Prosecutors had symbolically asked for a minimum sentence of 28 years as Jean, who was 26 when he died, would have turned 28 last Sunday.

An unusual scene in the courtroom a few minutes after the sentence was handed out, the victim’s brother, Brandt Jean, said he forgave Guyger.

I love you just like anyone else, I’m not going to say I hope you rot and die just like my brother did, but I personally want the best for you.

I wasn’t going to ever say this in front of my family or anyone but I don’t even want you to go to jail, I want the best for you because I know that’s exactly what Botham would want … and the best would be, give your life to Christ.

After seeking permission from Judge Tammy Kemp, Brandt Jean walked across the room to hug Guyger.

After Brandt Jean’s gesture, Judge Kemp herself went over to where Guyger sat and opened a Bible to John 3:16, said: “This is where you start.” Then they hugged, The Guardian reports. 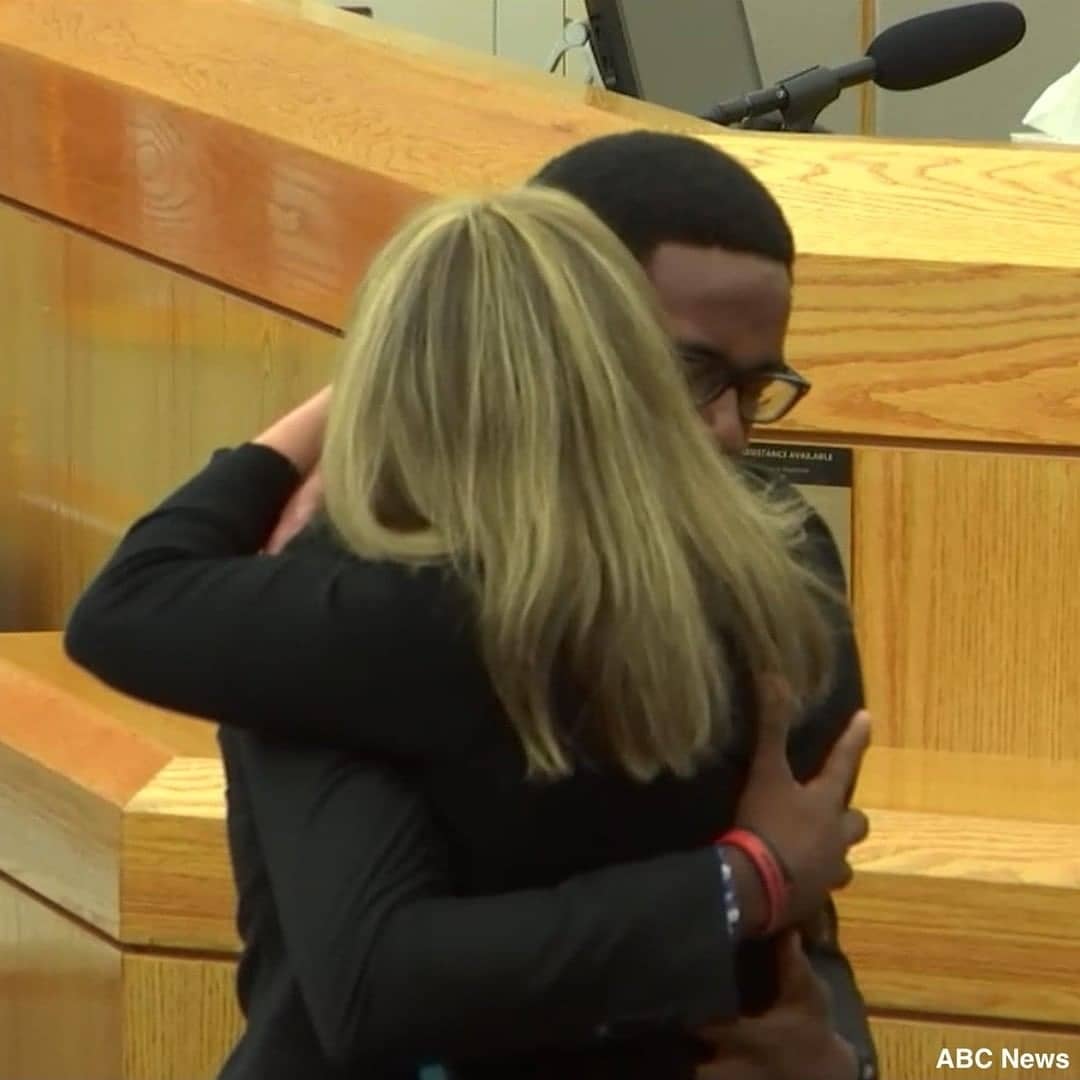 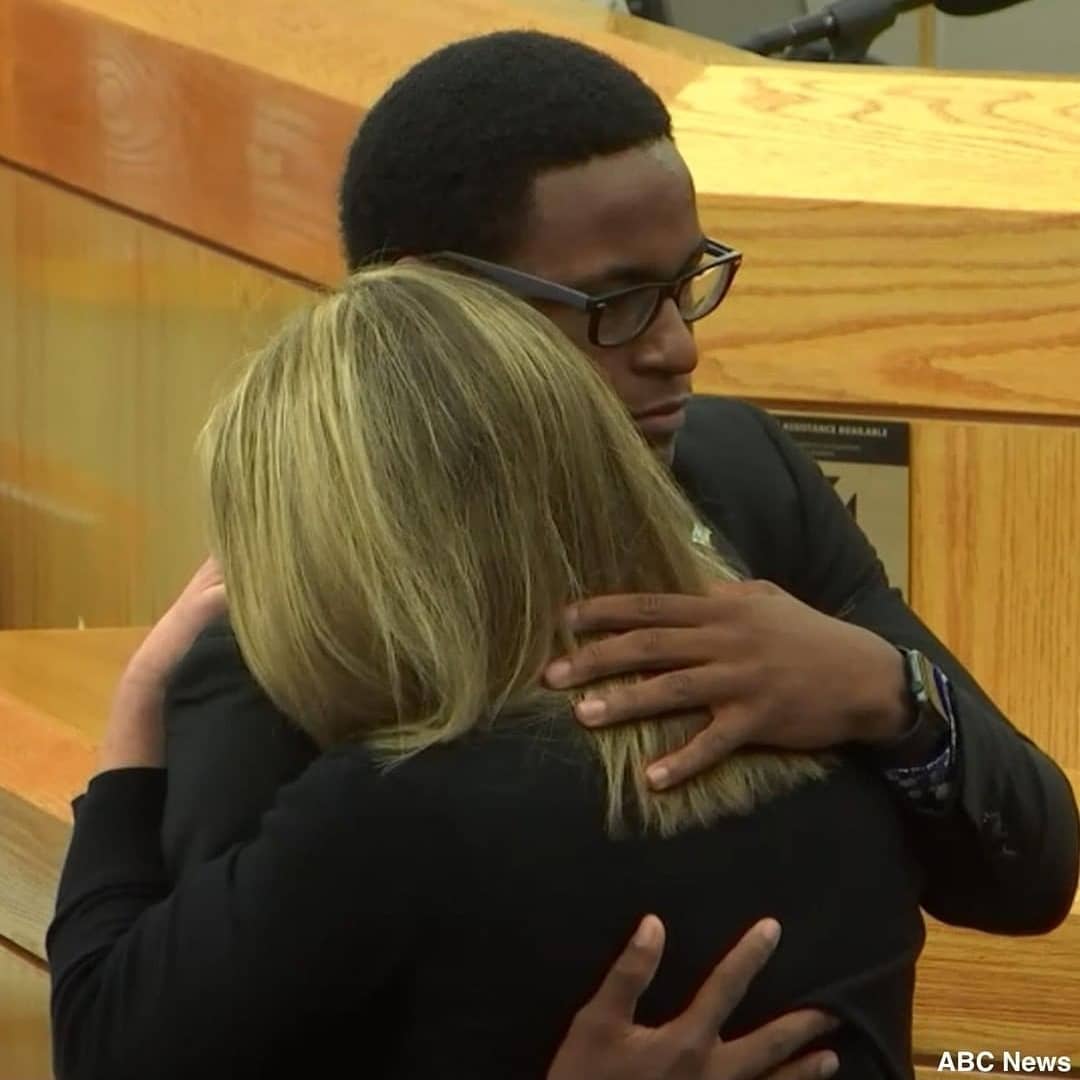 In a stunning moment, Botham Jean's brother, Brandt Jean, embraces former Dallas police officer Amber Guyger after her sentencing for his brother's murder. "I don't even want you to go to jail. I want the best for you, because I know that's exactly what Botham would want." http://abcn.ws/2puWKDl