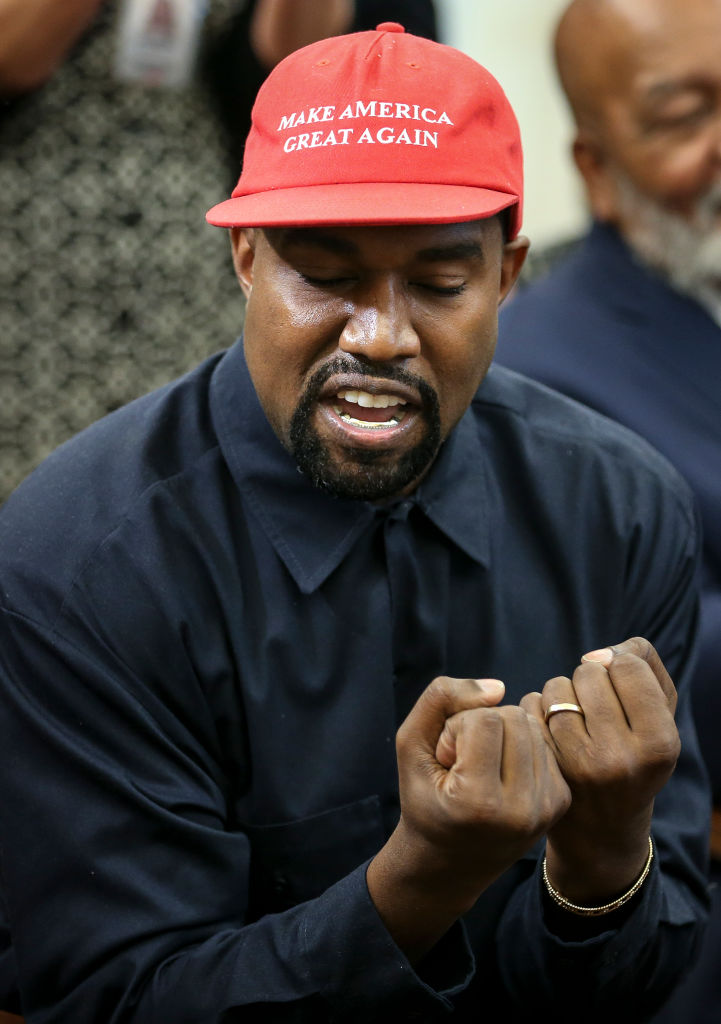 After Lakewood Church pastor Joel Osteen invited Kanye West up to the pulpit, the rapper strode on in a t-shirt and a black suit, holding a microphone, and shared that he’s “working for” God.

It had been reported earlier that the rapper, who recently released a gospel album, would be visiting the church to speak on his journey as a christian.

Speaking to a massive congregation, Kanye shared how God had been calling him “for a long time.”

He shared how, now, he’s channeling his “arrogance, confidence, and cockiness” into God. “Now the greatest artist that God has ever created is now working for him,” he said.

He also discussed his family, saying:

There’s a blatant responsibility for me to become more like my mother, who’s gone to heaven, and more like my father, who’s building a water purification center in the DR.

Of course, he wouldn’t be Kanye without some bragging, and he shared how his “Jesus is King” track, “Closed on Sunday” is the “hardest record ever made.” He said:

It’s hard as an N.W.A record because it’s talking about protecting your kids from the indoctrination of the media.