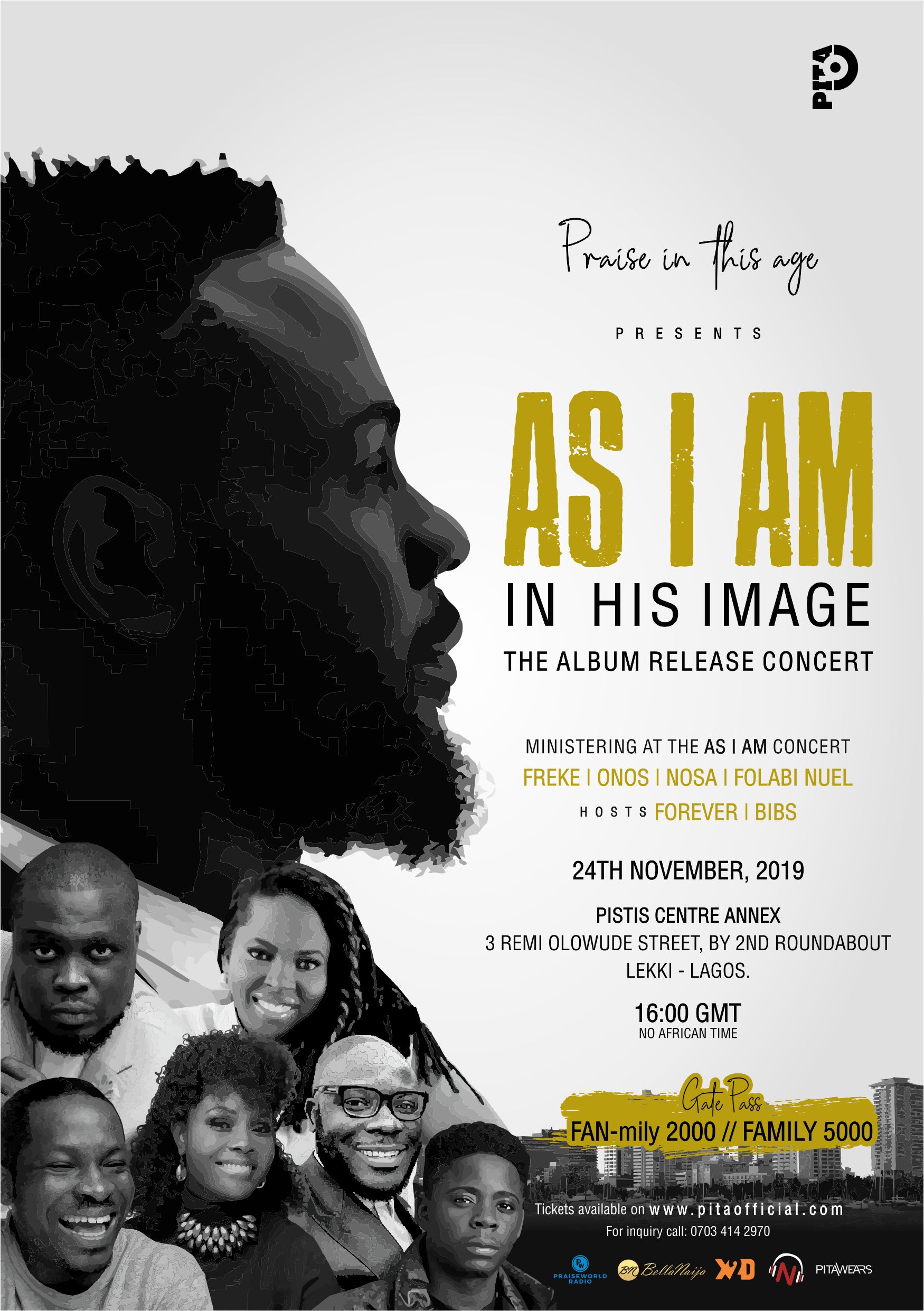 Gospel singer/songwriter PITA is set to release the fourth studio album in the As I Am Series titled “In His Image” on the 24th of November, 2019.

As he consistently places excellence at the forefront of his writing and production, this fourth studio album “In His Image” promises to not just excite listeners, but to reveal the truth of our essence in Christ while also getting your feet happy.

The concert also features some of gospel music favourites such as NOSA, Freke, Onos and Folabi Nuel. The show will be hosted by comedian, MC Forever & Bibs.