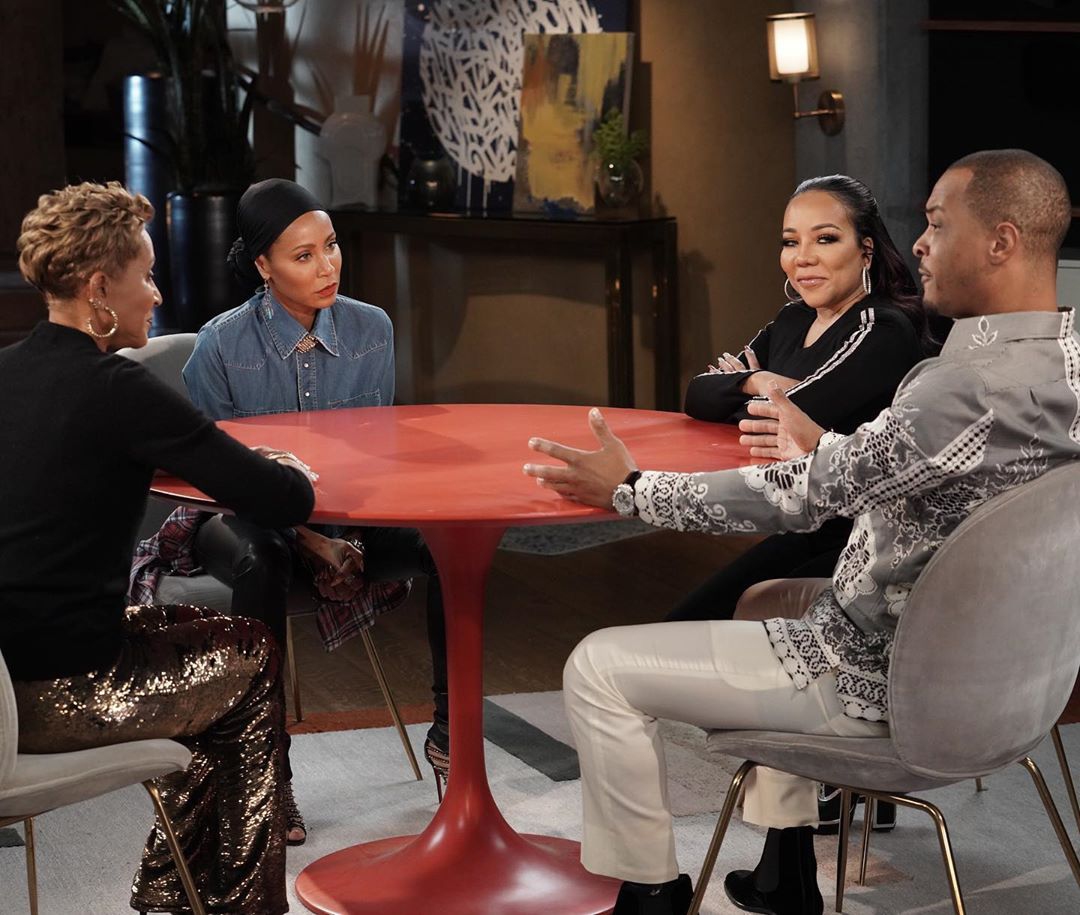 Ever since T.I.‘s controversial revelation of going to the gynecologist with his teenage daughter to check her hymen, people have been quick to disapprove, letting him know it’s an inappropriate thing to do.

The Atlanta rapper and his wife Tiny Harris sat down with Jada Pinkett Smith for her Facebook show “Red Table Talk” which aired on Monday, to address the issue.

TI, while addressing the controversial statement, was quoted saying: “I came to clear up any misconceptions that have been surrounding how we interact and parent and what is appropriate and inappropriate, from a place of truth, I began to embellish and exaggerate and I think a lot of people took it extremely literal,” he said.

He added that his daughter didn’t object to him being at the gynecologist during their trips when she was younger.

She did have a problem with me talking about it however, and I understand that, and I am incredibly apologetic to her for that. She understands my intentions and she knows who I am, who I’ve always been.

T.I. also added he did not come forward sooner because his daughter wanted him to keep quiet about it.

My daughter said just let it go, don’t say nothing, just let it go and I did until I had different directives, I am here to protect all of the children from themselves until they make it to a point where they have awareness, a sense of self and discernment to be able to make certain decisions on their own that will impact their lives indefinitely. I’m not there to protect necessarily virginity, I just know that is a big move.

Check out the episode:

Rapper T.I. and His Wife Tiny Set The Record Straight

Rapper and actor T.I. comes to the Table with his wife Tiny to address the controversy around him taking his daughter to the gynecologist to ensure she’s still a virgin. Part 1 of a special 2-part Red Table Talk.