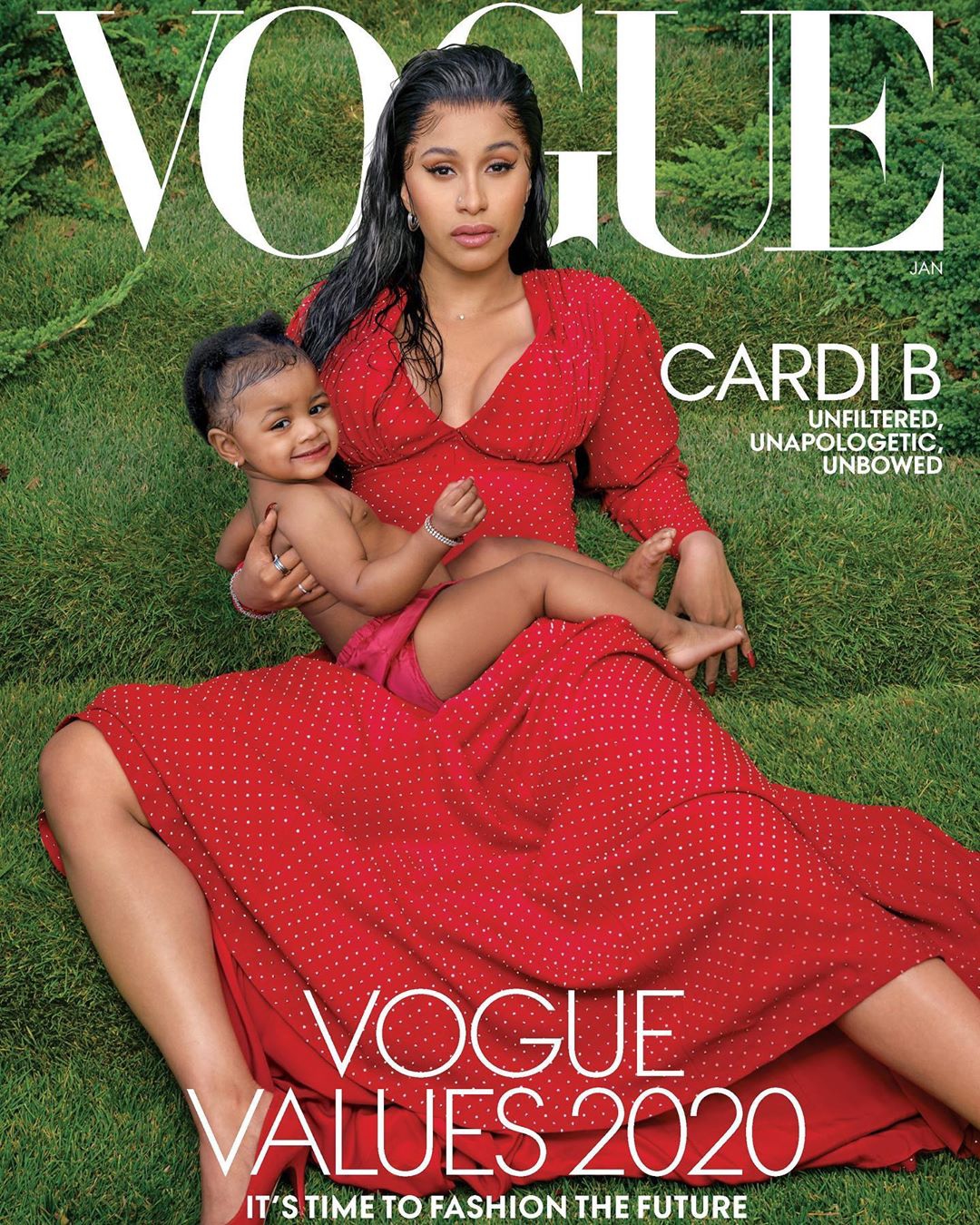 Actress and filmmaker Greta Gerwig, fashion designer Stella McCartney, plus size model Ashley Graham and rapper Cardi B were all photographed with their kids for the magazine’s January issue.

Vogue has unveiled the rapper as one of its cover features, alongside baby Kulture, while the accompanying interview delves into topics including politics, feminism and motherhood. 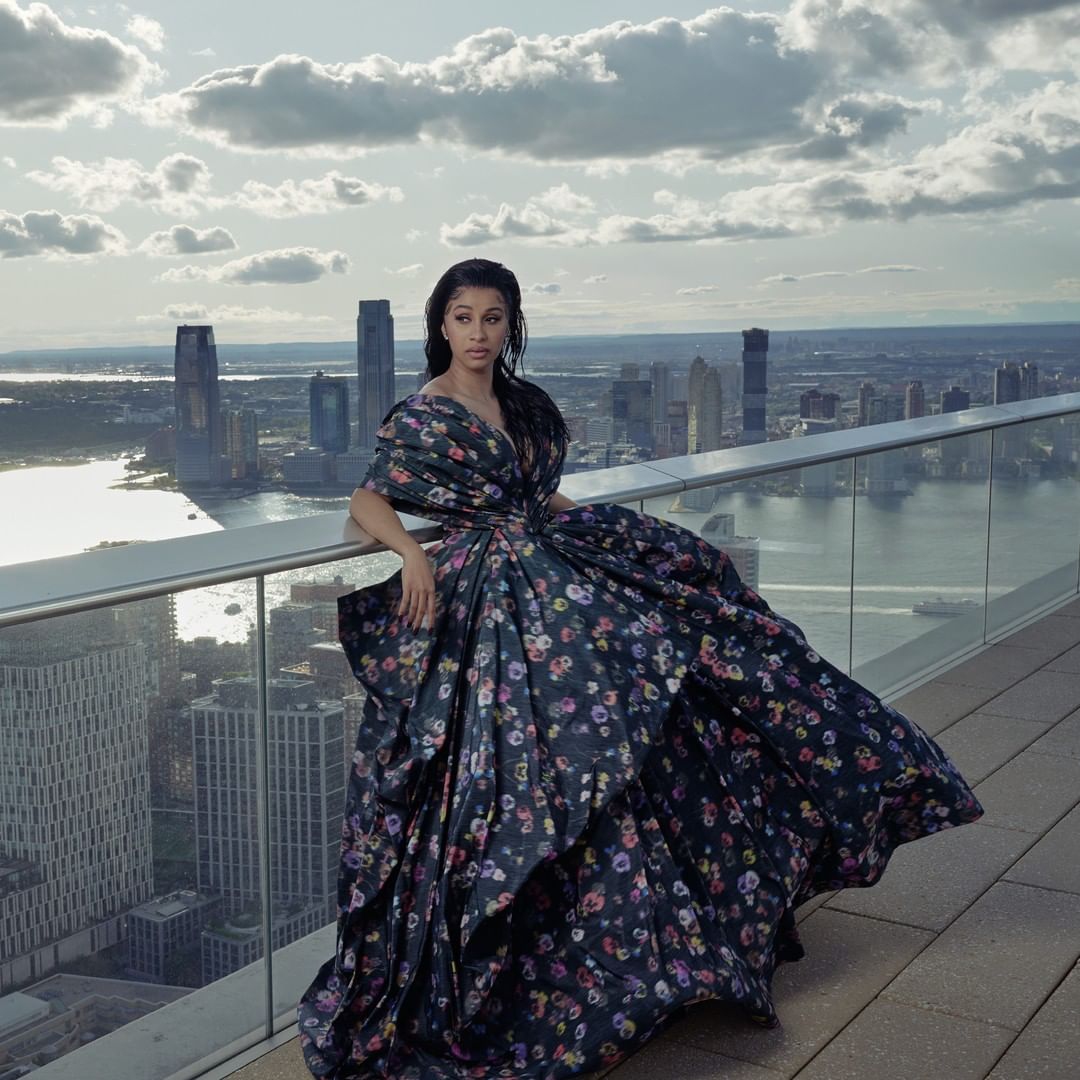 Speaking on her relationship with Offset, she says:

“When me and my husband got into our issues you know, he cheated and everything and I decided to stay with him and work together with him, a lot of people were so mad at me; a lot of women felt disappointed in me, but it’s real-life shit. If you love somebody and you stop being with them, and you’re depressed and social media is telling you not to talk to that person because he cheated, you’re not really happy on the inside until you have the conversation. Then, if you get back with them, it’s like, how could you? You let all of us down. People that be in marriages for years, when they say till death do us part, they not talking about little arguments like if you leave the fridge open. That’s including everything. When I was pregnant with Kulture, a lot of people was like, oh, he has three kids already; why would you have a kid with somebody that have three kids? And it’s like, how is that such a bad thing? My dad has eight kids, and we all get along, and it feels better, fuller. And with Offset, I feel like his kids just bring a pop of fun to life when they’re in his house. I actually love it. It brings out a different side of him that I like to see, and I love to see my baby interacting with her siblings. The more the merrier.”

While explaining the pitfalls of contemporary feminism, she says:

Women always want to talk about feminism and supporting everybody except if it doesn’t fit [their] category of what to support. Certain women that claim they are feminists only think that a certain type of woman should represent that. Like oh, you have to have a college degree, and you have to fucking be, practically, like, a senator or Mother Teresa or a Christian holy woman. No, you do not. Feminism means being equal to a man. And I am. 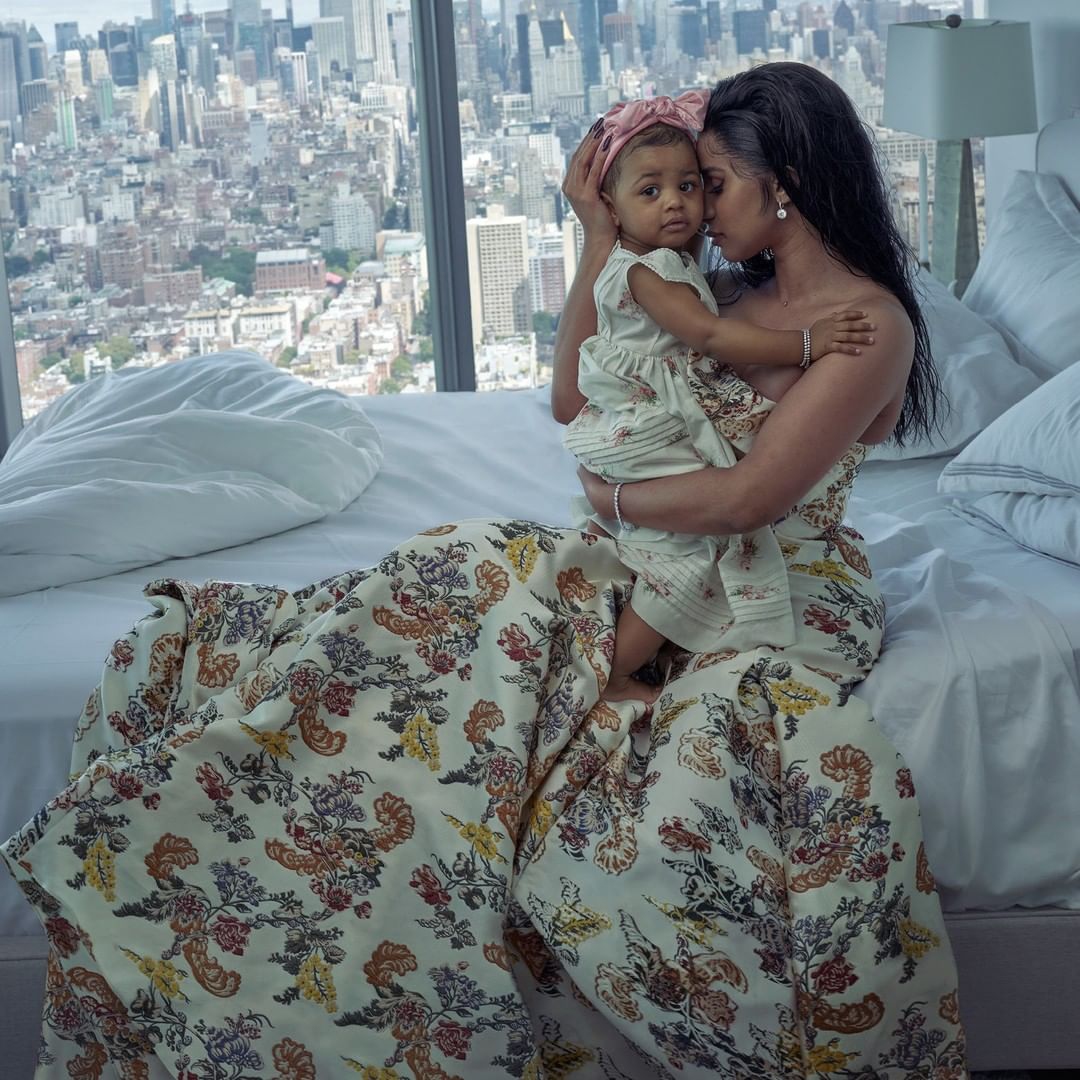 Cardi B ends her lengthy interview with talks on motherhood and the future she envisages for her 16-month-old daughter Kulture. She says:

All the time I’m thinking about my kid, I’m shaking my ass, but at the same time I’m doing business, I’m on the phone with my business manager saying, ‘make sure that a percentage of my check goes to my kid’s trust  If my daughter wants to go to college, that’s okay, but I just want her to be an owner of whatever the fuck she wants to own. Just be an owner. Be the boss.