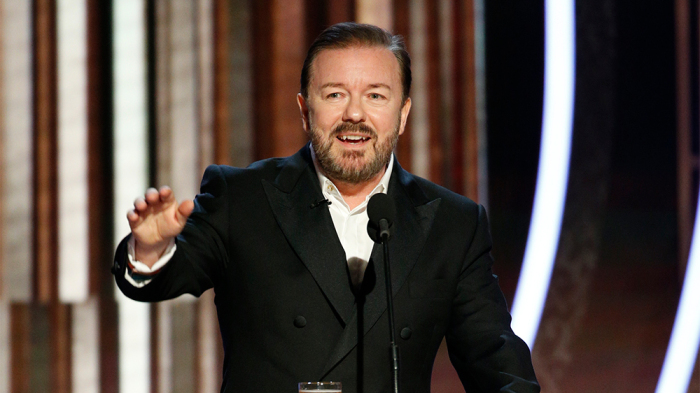 British stand-up comedian, actor and producer Ricky Gervais held nothing back in his fifth opening for the Golden Globes in Beverly Hills, California, with a series of brutal, fiery remarks about Hollywood stars, amongst other expensive jokes.

Gervais covered a wide range of topics in his opening speech and threw a lot of jabs at Hollywoods stars by the time he was done.

Gervais himself started his monologue by acknowledging that he had apparently been given a pass in appearing again based on his history of transphobic comments. He said, “I mean, Kevin Hart was fired from the Oscars because of some offensive tweets, luckily, the Hollywood Foreign Press Association can hardly speak English, and they have no idea what Twitter is. Remember, they’re just jokes. We’re all going to die soon, and there’s no sequel.”

Gervais said he “didn’t care” about the Golden Globes, nor reactions.

Watch the full video below.