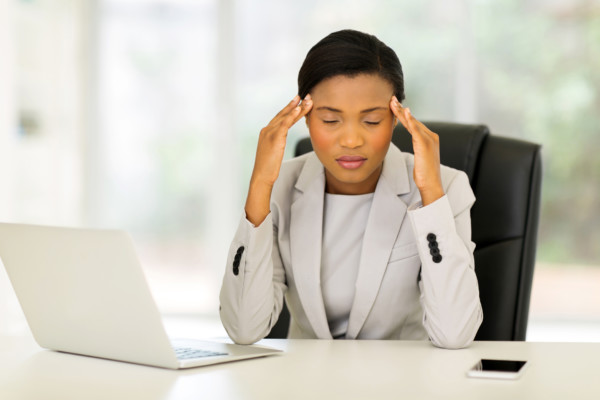 As an undergraduate, I was made to believe that if you finish with 2:1 (second-class upper) and above, you’re more likely to get a better job than your peers. During my SIWES (compulsory Industrial Training), I worked in an oil and gas consulting firm where Graduate Trainees for Chevron were sent for a PDMS Training, so you can imagine my determination to ensure I get into Chevron. The first step was to ensure I get a 2:1 so that I will get a fighting chance. Starting with a 2.48 (third class) as my first GPA, I struggled through my 5 years to cross that 3.5 GPA with a thin margin. I was hopeful because, during my NYSC, I zealously read GMAT and GRE books; I was told that most multinational companies used them for their assessment.

I was ‘over-ready’ for any assessment test because I had already imagined myself as a Graduate Trainee in multinationals – wearing pantsuits during the on-boarding and eventually growing in my career.

As an undergraduate, I regularly spoke to a large audience as a fellowship leader, so I didn’t think I was going to struggle with interviews.

My first real interview for a multinational company was in August 2015. It was time to go to the assessment centre and I was ready. I had practiced in front of the mirror and in front of my siblings and parents – what didn’t I do to ensure I got the job? Nothing! The popular phrase that says “Once you have a game plan, confidence comes naturally” was in my head, because I had imagined myself confident and even dreamt of the interview.

I went into the interview room and began to shake. My words were incoherent, everything went wrong! “What’s happening?” I masked myself. Could it have been the seriousness of the panel or could it just have been that unnecessary phobia? I dusted that experience off and my rejection email was a big stab, but I was over it in less than a week.

Another opportunity came up in November 2015, but I had learned all my lessons from the last one. I met another four-man panel and the questions started. After 3 failed attempts to answer all the easy questions I was asked, a man wanted to break the ice and asked me ‘What’s your favorite movie’. My heart raced fast, I began to scratch my head. Yes! My head was blank! I was even clueless about my name at that point. I couldn’t remember anything, I wished the ground would just open up for me to enter. At that point, I felt like a failure. The only thing that managed to creep into my blank brain was ‘Spiderman’. What the…? ‘How could I think of that? For someone who was the hub of movies back in school, this really pained me. I muttered Spiderman and they all laughed and said “No more questions”. I began to leave and I said to myself “I’m sure these people must believe I have a fish brain”. I wanted to cry at the door but I got myself back together.

I think of these moments and smile anytime I am interviewing young graduates who I sometimes perceive may be going through similar situations. Most people think only introverts have this kind of problem but some real extroverts go through this. Interview phobia can happen in an unfamiliar circumstance that usually triggers a natural response. This involves adrenalin being released into the body – creating the effect that may involve being jittery, stammering, blank head, inability to look people in the eyes, etc.

I know thousands of other graduates who may be in this situation; they need to know that they’re not alone! It can be daunting for you to know you are capable of something but unable to show it to people or express yourself. It can lead to depression and the loss of self-worth if not properly handled. However, it is fixable. Yes! Training can help you through it.

It’s mainly about ‘Situation Management’; the process of becoming familiar with the interview situation on your terms. If you can try to build yourself up to a point where you self-manage the interview, you would be able to change the narrative and finally overcome interview phobia.

This was the major factor why I started the Employability Fitness Program so that I can help young graduates overcome interview phobia. You can join us via Instagram Live (@careerlifeng) on Saturday, 18th January 2020 by 12:30pm

I wish you the best in your career journey.

Yewande Jinadu is the Founder of CareerLife (careerlife.com.ng) and also a Strategic HR Business Partner of a leading tech firm. She's a certified HR Professional with over 5years as a Generalist and a Talent Acquisition Specialist. With CareerLife Foundation, she helps young professionals achieve measurable success in their career. With CareerLife Consulting Services, she partners with businesses to deliver value through its people by providing HR Services (Recruitment, Training etc). She can be reached via [email protected] or @careerlifeng on Twitter and Instagram