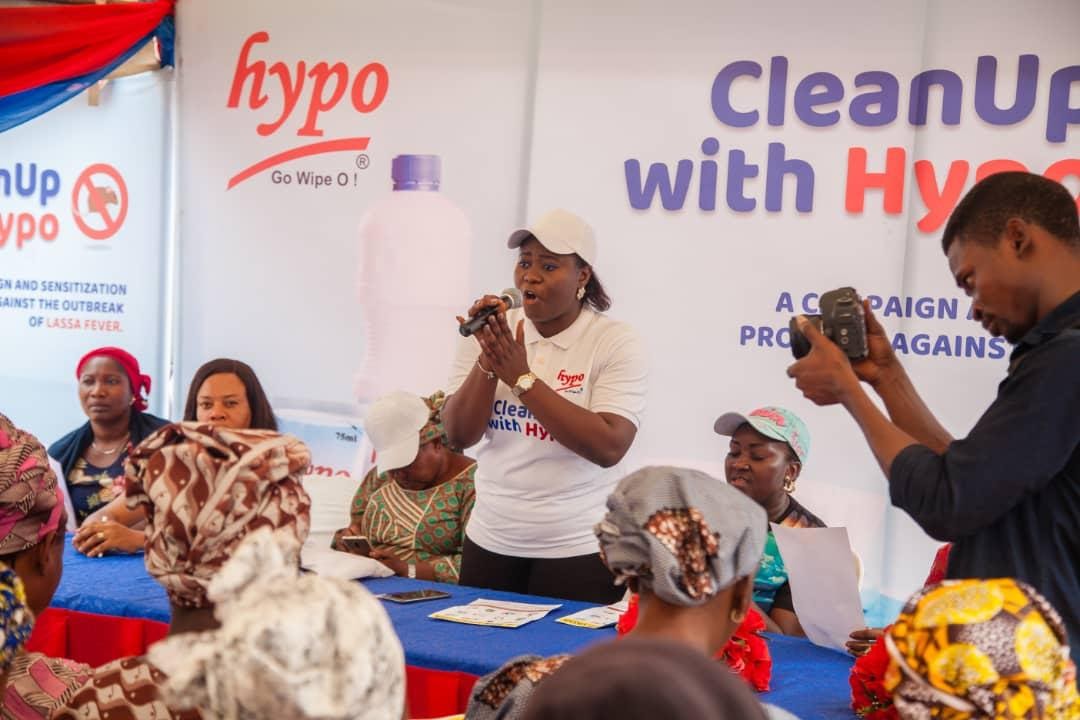 While sticking to its core values and establishing market leadership in the environmental hygiene and homecare space, Hypo, makers of Nigeria’s beloved bleach has formally launched a Nationwide Sanitization campaign in open markets to curb the prevalence of Lassa fever, especially in the most affected states in Nigeria.

The Sanitization Campaign is in collaboration with the Nigeria Centre for Disease Control (NCDC) to visit major open markets across 11 states in the country to enlighten market women and the entire public on the Lassa fever epidemic and steps to keep their environment clean and effectively sanitized towards curbing the spread.

Nigeria has registered an upsurge in the number of Lassa Fever cases since the beginning of the year, with 365 positive cases and 47 deaths reported from 23 states across the country. 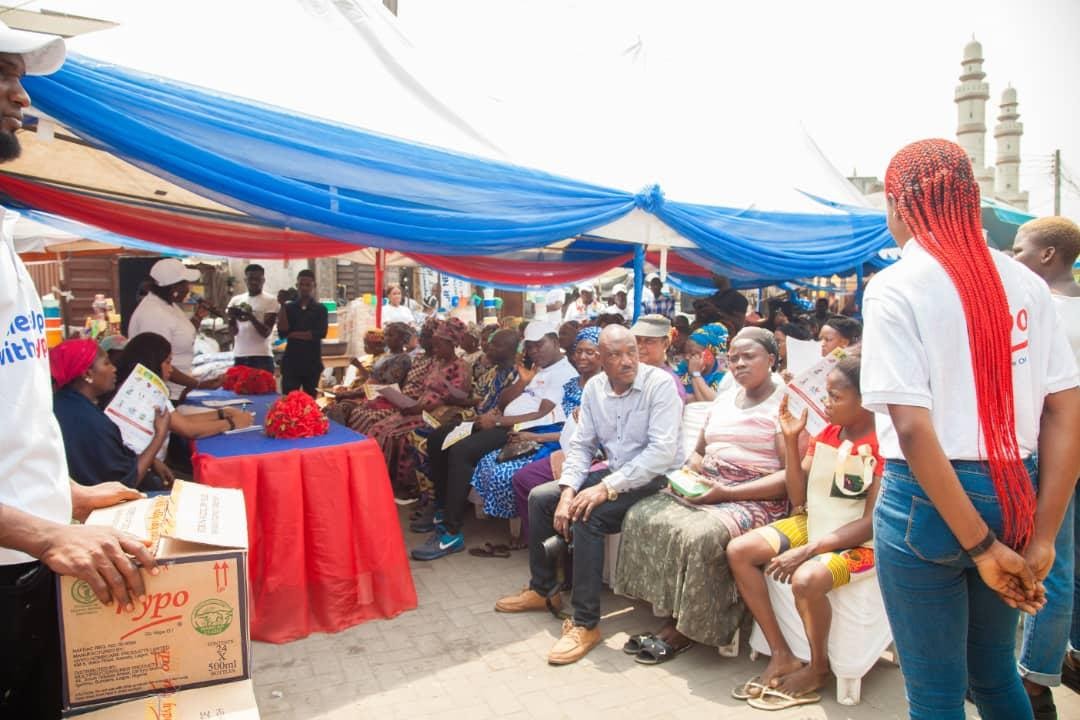 According to week five situation report on the disease released by the Nigeria Centre for Disease Control (NCDC) on Wednesday, the number of states reporting at least a case of the disease rose to 23 from 19 in the previous week.

Speaking at the event at Oke Arin Market, Omotunde Bamigbaiye, Brand Manager Hypo Bleach said the need to embark on this nature of campaign became apparent as it is a common knowledge that women remain the custodians of the family and managers of house affairs which is why catching up with them at the market square remains a strategic touchpoint to disseminate the message. 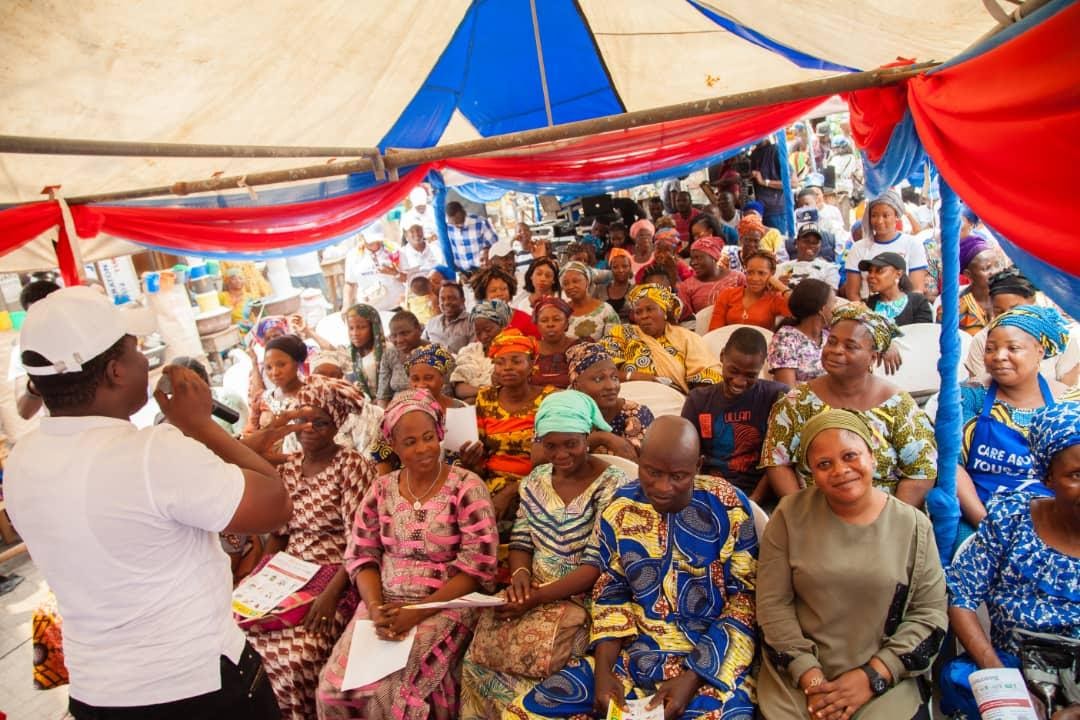 “It is not just coincidental that Hypo Sanitization Campaign against Lassa is officially launched in 2 cities today because Thursdays have been earmarked specially for environmental sanitation exercise across most major open markets in Nigeria. The idea is to have the public incorporate effective sanitization approach into their regular cleaning while at the same time take them through step by step processes to prevent the spread of Lassa fever both at their shops and at home” she said. 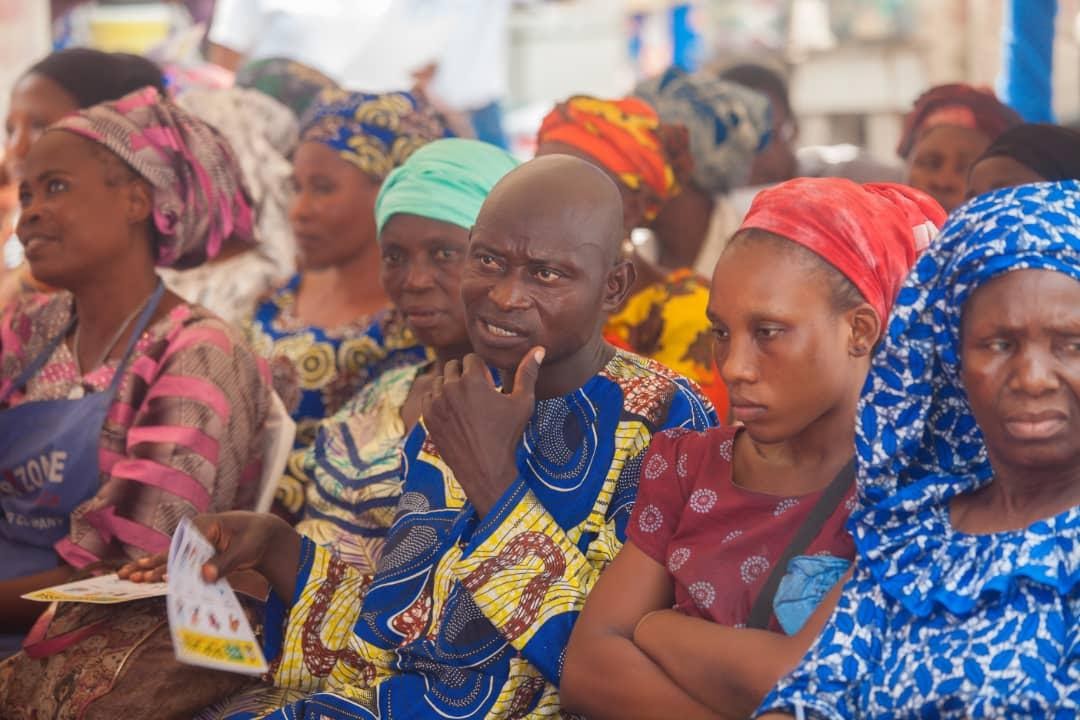 Hypo Sanitization Campaign against Lassa is a nationwide campaign billed to touch 11 states, especially those cities which are mostly affected by the disease. This exercise has been planned to run alongside the Nigeria Centre for Disease Control (NCDC) team in attendance at all locations for the objective to achieve a far-reaching impact. 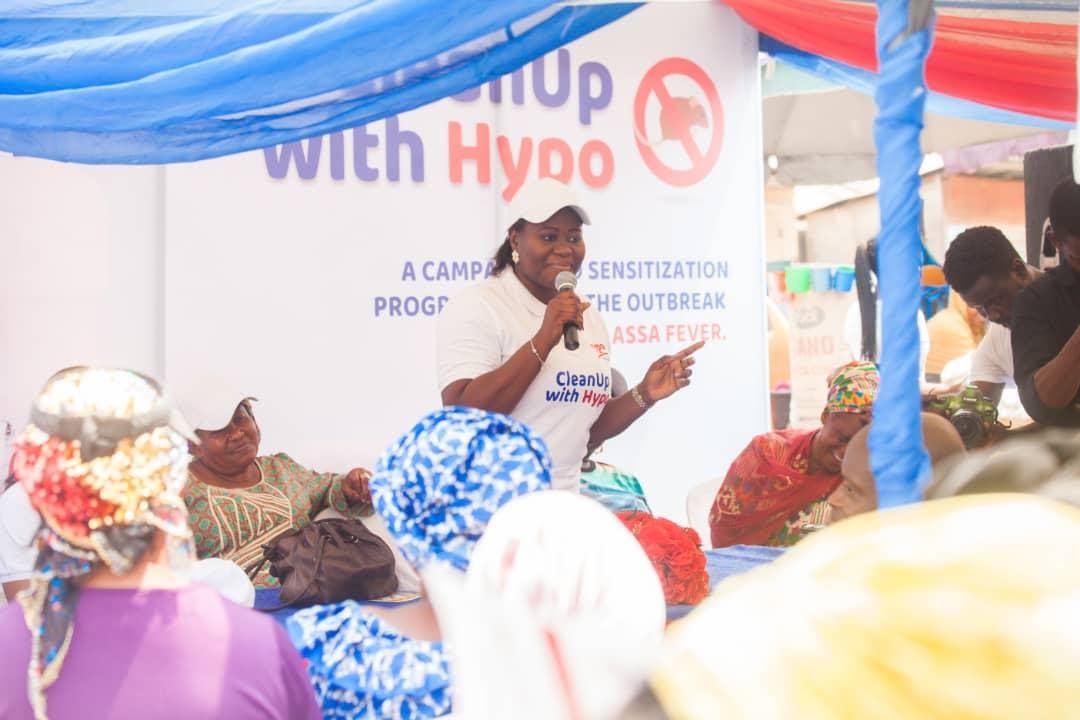 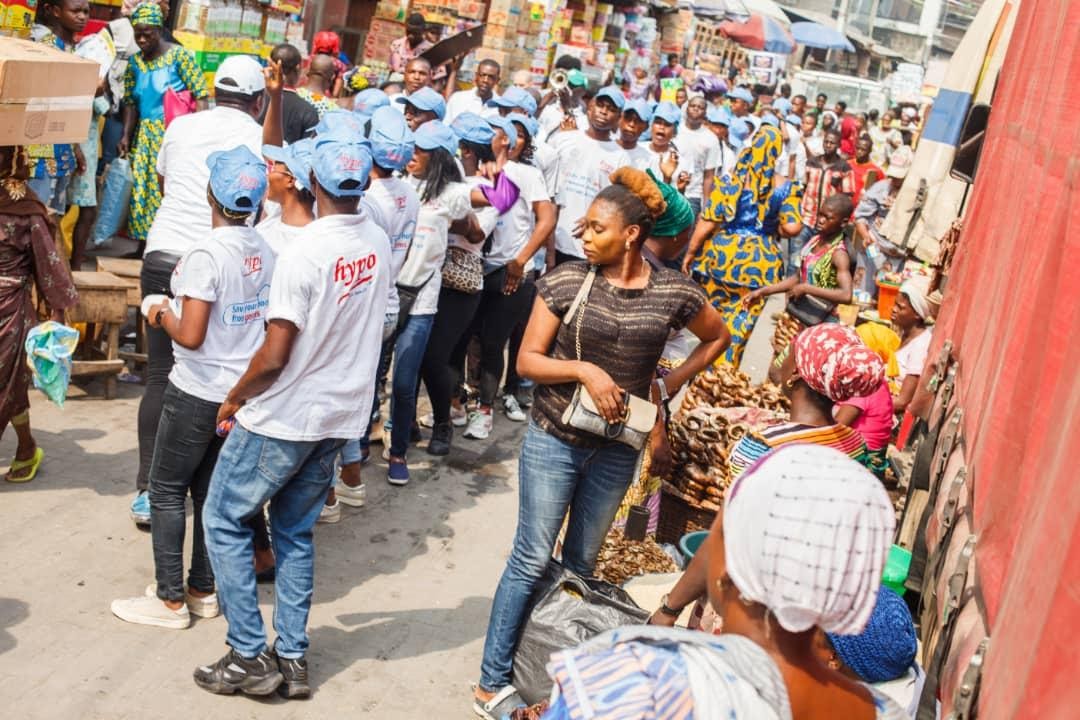 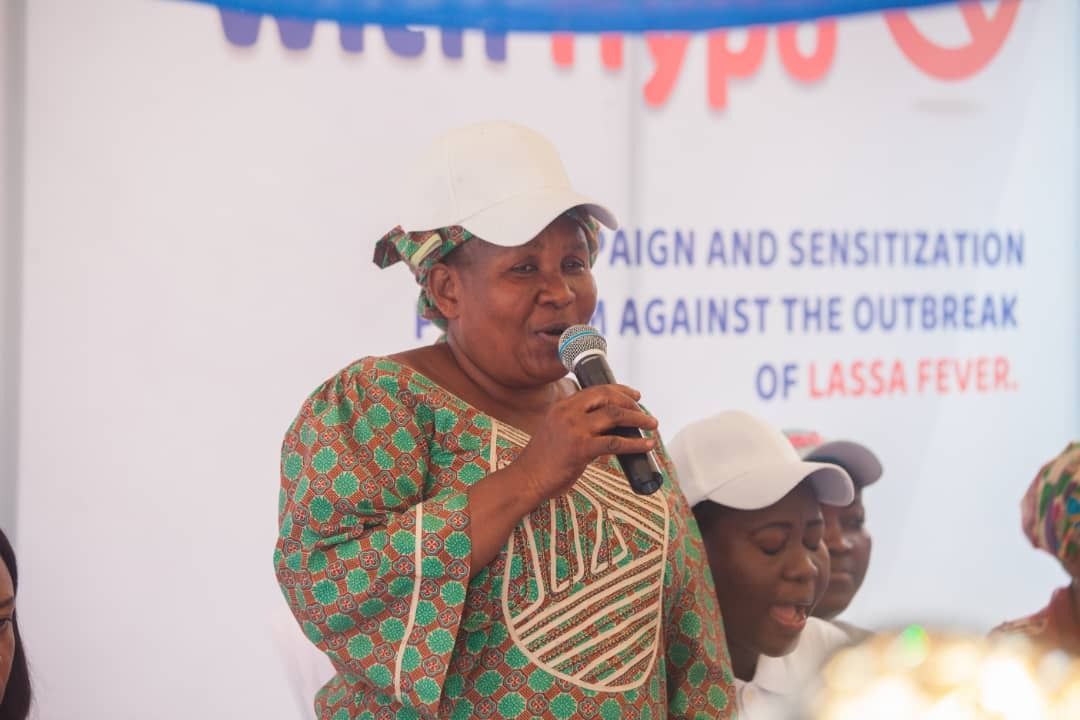 Also in attendance was the Head of Committee, Oke Arin Market, Olaide Aromire who was elated and excited about the whole exercise carried out by the Hypo team. She also addressed the market to take learnings of the exercise so the spread of the disease can quickly be nipped in the bud. 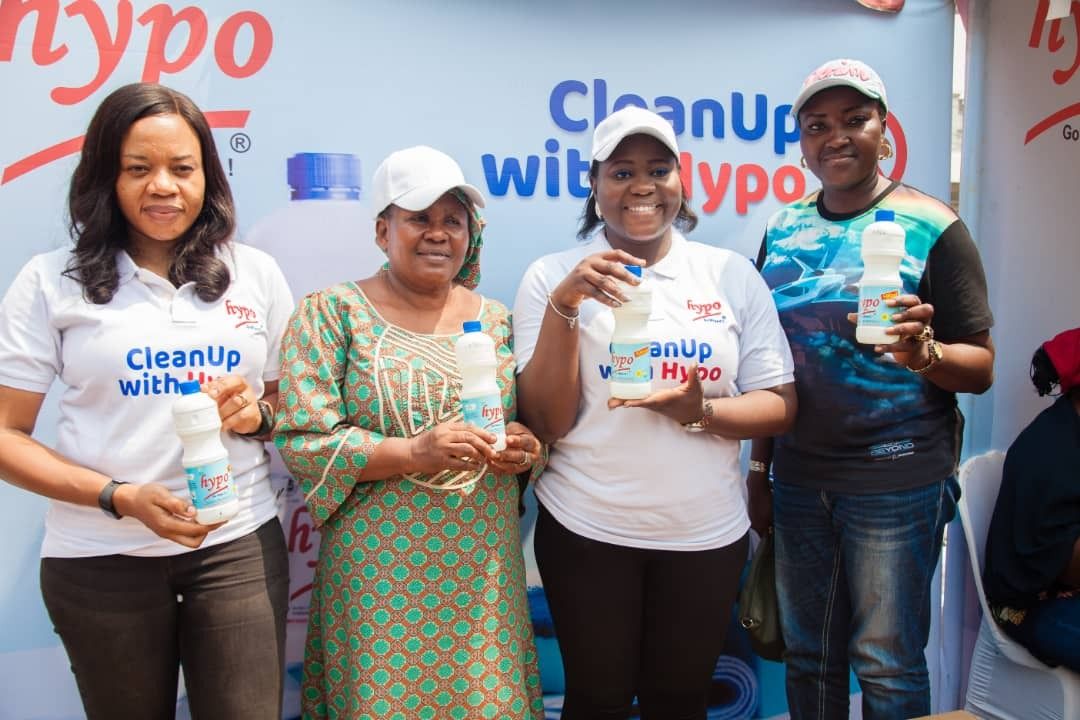 5 Days to go & your Valentine can be made Special with the EbonyLife Place’s ‘LoveFest’ Packages ?