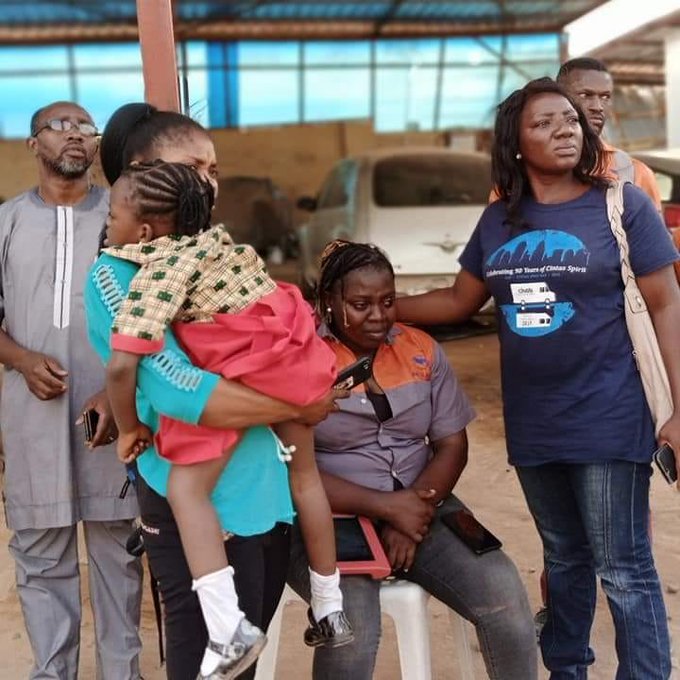 So many people, against all odds, build businesses in Nigeria, growing it from the ground up and making a success out of it. And, while doing this, they help others, too, providing for them an avenue to earn a living. That’s the story of mechanic Joyce Dacer Adams.

And now, all of Joyce’s hard work is being undermined.

A Twitter user Uncle Demola, narrated how some government officials stormed her workshop on Friday to demolish the building, alongside its equipments without prior warning.

According to him, the security operatives demolished the workshop after they reportedly forced their way in, slapped her employees and beat her up before they began their mission of razing down the place. All efforts to halt them remained futile.

And so she is hoping to get justice after her workshop in Abuja was demolished by alleged government officials.

People need to understand the difference between the Nigerian government professing Ease of Doing Business on paper but doing the opposite in real life.

Let me show you in a short thread!

So, on Thursday evening, I got home from work to see missed calls on my phone.

I checked and it was my Automobile Engineer, Mrs Joyce Dayser Adams. So, I called back but her line was switched off.

I could not fathom why she had called but I sent her a text immediately.

I didn't get a reply. So, on my way to work yesterday, I decided to stop by at her garage.

And to my devastating surprise, this is what I met! pic.twitter.com/kauhIYWHqo

A crack team of Policemen, VIO, NSCDC and some other security agencies had mobilized and brought down her entire business a day before.

I met her in tears, swollen eyes and bruises.

I did not even know what questions to ask her!

This is what the garage looked like before demolition. You can see that it is a well-organized garage with not just modern but very expensive equipment. pic.twitter.com/fd937ICn4E

This is what is left of an automobile garage that is worth about a hundred million Naira.

It is situated in Wuye area of FCT-Abuja. If you know that area, you will know it is one of the developing areas in Abuja with a very high real estate value. pic.twitter.com/XxLOP4NaAc

No doubt, there has been an issue on the land usage in which the agency in charge of that aspect claimed that the land was not meant for commercial purposes but only residential.

However, the matter was taken to court and the court had granted them ownership of the land.

As a matter of fact, the court had restrained Abuja FCDA from harassing the occupants because their claim of reallocation is illegal.

Now, the FCDA has characteristically gone against a court order and they have rendered a thriving business useless.

This woman is one of the most selfless person I have ever met. Does not treat her clients like clients but like family and that is the reason she has been the only person I work with.

She is one of the best hands in the entirety of Abuja and she does not deserve this! pic.twitter.com/H8quE9zaZL

This woman had in recent years, deployed her resources to train other women in automobile engineering FREE OF CHARGE.

She has, so far, trained over 50 women who are now in various parts of Abuja, doing the same thing she has trained them for! pic.twitter.com/fNL7raddRA

She expends her money, her time, her expertise on other people. She probably does not owe our society but she took it upon herself to contribute her quota to society building by empowering other women.

She deserves encouragement and not this misfortune! pic.twitter.com/Po0QIPi76R

She has done so much for these women, much more than the Nigerian government will ever do.

And this is how she was paid back.

Can you see that the system is built to kill you? You don't see it yet? Wait! You'll see it! pic.twitter.com/u9tWe8ToRN

Now, let me assume for a minute that she is in the wrong (Which I am certain she is not), why do we find joy in destruction???

Why do we oppress each other? Why do we love to throw people in misfortune? Why do we destroy instead of build?

1. If truly there was a legal issue on the piece of land, why not seal up until issue is resolved?

2. Why should an agency of authority disobey court orders with so much impunity?

There are so many WHYS in this issue, that can frustrate any reasonable person!

As if the demolition was not enough, the police officers hit her with their guns.

I mean they literally assaulted her and some of her staff who protested against the 30-minutes notice before the demolition.

This car-baking oven cost about 15 million Naira. When she bought it, she called me to come and see. I was really happy for her as the business was expanding.

When she had it installed, she asked me to come see again.

Let us set aside the infrastructural destruction.

She has about 30 people (with families) in her employ. From mechanics, to electricians, to bodywork engineers, accountants, HR manager, garage manager, security guards, painters, welders.

All rendered jobless in minutes!

They have not been able to work due to the destruction.

There is no excuse for this blatant disregard for the rule of law, human lives and properties as depicted by the FCDA.

Maybe I am naive but I believe that if the judgment of a court does not sit well with you, there's a provision in the constitution that empowers you to appeal it.

The FCDA shunned that process and went on a power rampage on Thursday.

The height of the illegality of that demolition exercise can be proven with the fact that THEY WENT AWAY WITH 6 CARS.

These are cars that were entrusted in her care by her clients.

Now, think about it and let that sink in!

What I just said in brevity is that you can give your car to an auto mechanic and because the government has an issue with the said mechanic, they can use your own car as collateral damage.

They went away with 6 cars… Yes, SIX!

So basically, the government that has failed in its responsibility to provide jobs still goes out to hunt those who have provided employment for themselves and others.

Think about the crisis the families of the staff will have to bear. Think about it!

You put down a multi-million Naira investment in one swoop.

You find it hard to create employment but you flex your muscles when it is time to create poverty.

You hunt businesses and you take them down. Yet, you claim Ease of Doing Business! ???

At about 3:15 pm on Thursday, Mrs Joyce Daser Adams was getting ready to leave for the Female Entrepreneurship and Employment Network International (FEENI) – an INTERNATIONAL WOMEN'S DAY 2020 EVENT but the Nigerian Government had other plans for her establishment.

One of the nicest women I have ever met. Always willing to help. Very professional and very empathetic.

Even if you cannot afford her services, she'll bend and twist and always make room for you. That is why she's loved by all.

Here she is on #IWD2020 pic.twitter.com/xuLMgesUE5

This is how I met her yesterday. Beaten, tired, frustrated, and demoralized.

All thanks to the Nigerian Government. pic.twitter.com/98zpdDaNtF

So, yea. She is going to seek justice and I'm confident that she'll get it. She will rise again but for now, she's back to ground zero!

However, this is an eye-opener to each and everyone of us.

What we have is a system that is out TO KILL US. so, WE NEED TO KILL IT FIRST!!!

It is Mrs Joyce Daser Adams today, can be you or even me tomorrow.

She just sent me this via WhatsApp, detailing how she was physically assaulted by one Officer Danladi Yusuf! @PoliceNG @PoliceNG_CRU pic.twitter.com/ti57gagPAW 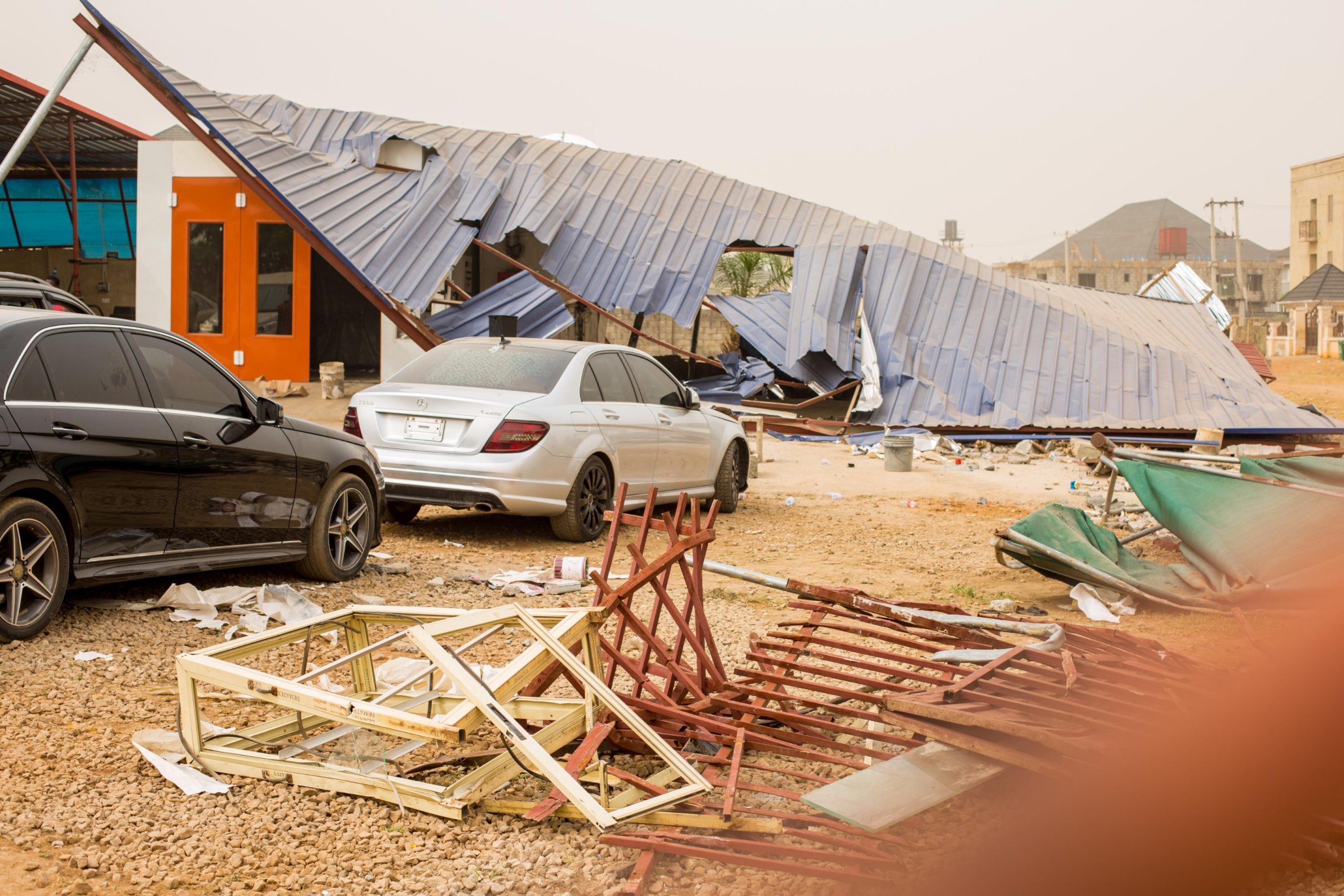 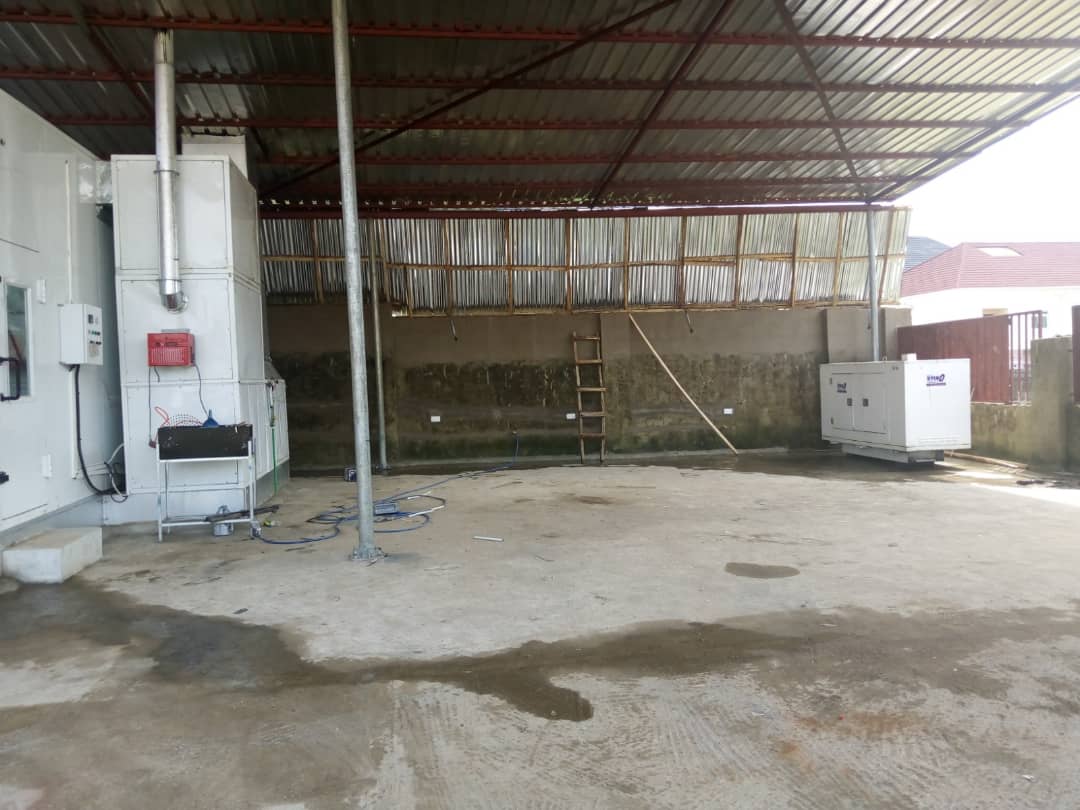 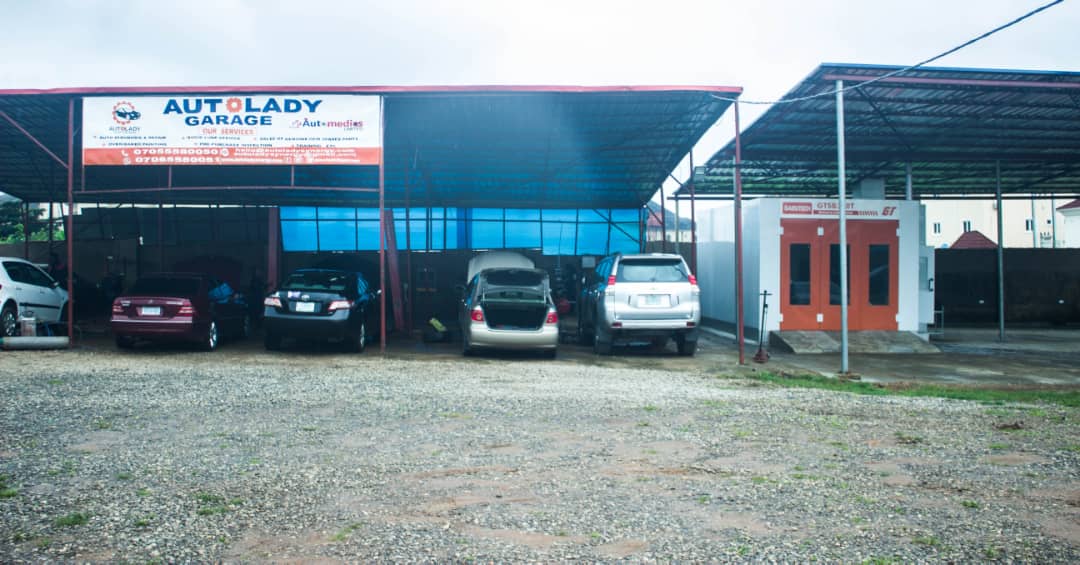 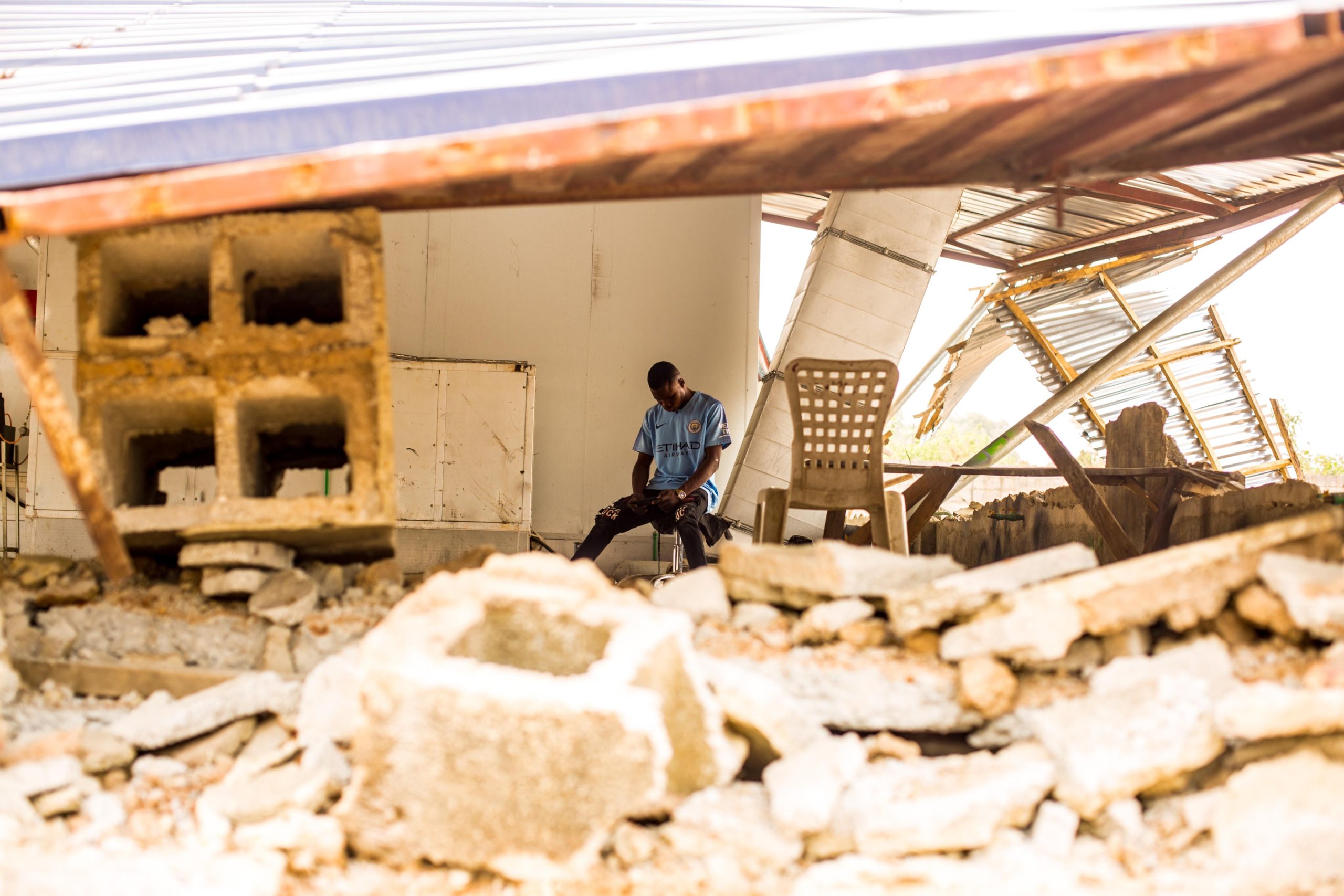 Coronavirus: Here Are Some Important Updates on What’s Happening