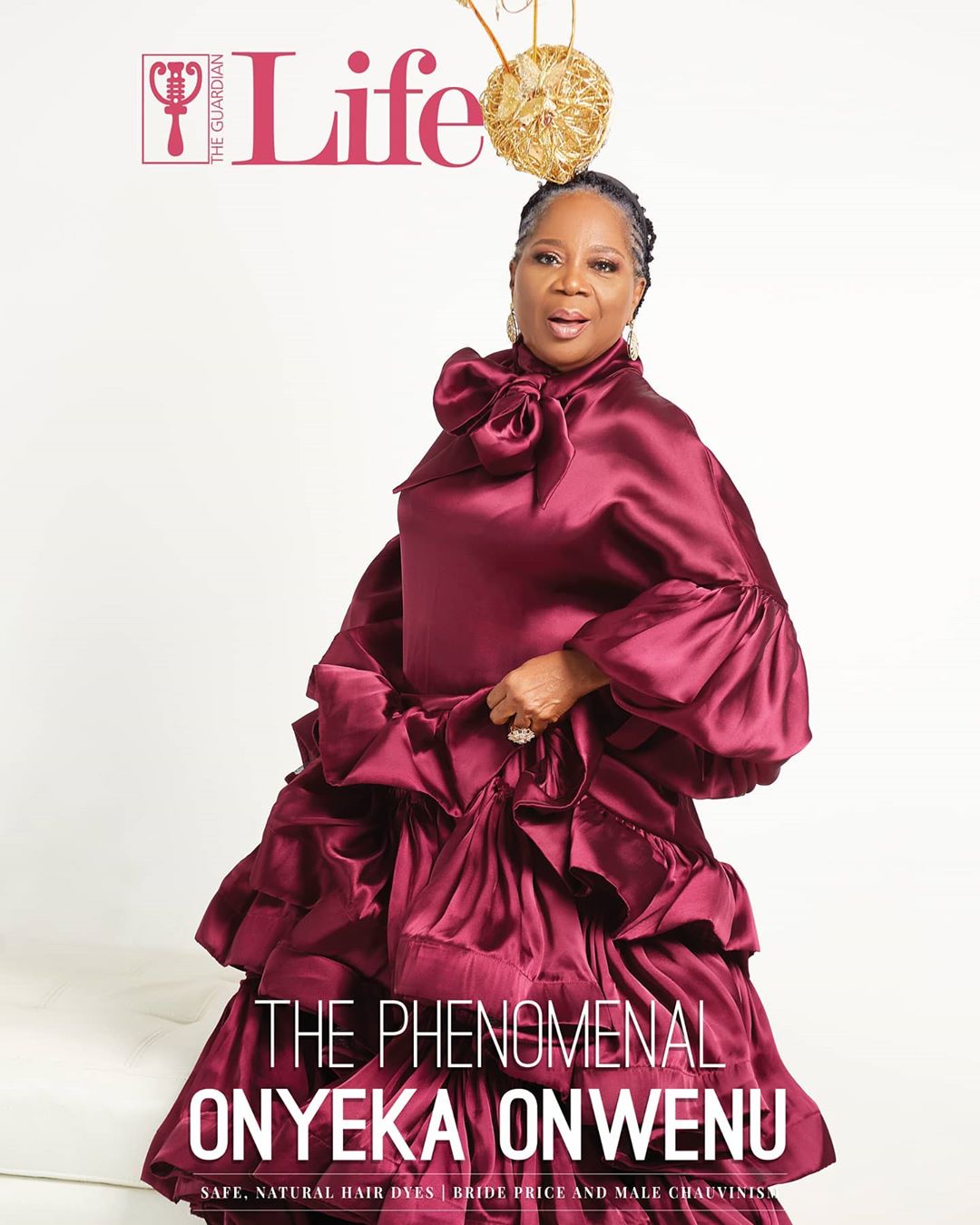 Not only is she a singer, actress, and a human right activist (the list still goes on and on), but she’s also a phenomenal woman, and the latest cover star for Guardian Life.

She’s none other than, Onyeka Onwenu.

Onyeka Onwenu shares her opinions on what achievement really means, especially for a woman in the modern-day society. She says:

You have to look at yourself and say, ‘what is my life’s purpose? What are the things I need to know to make it?’ worry about those things. Society is a flux and sometimes, what societies think, is not the best.”.

Read excerpts from the interview.

She says that having experienced love as a daddy’s girl especially as one “who is unapologetically in love with his daughter,” she has had the chance to flourish and developed at a young age, self-assurance that she can rule the world.

Having lost her father, Dickson Kanu Onwenu, at age 4 and 10 months, she says that learning from her mother, Hope Onwenu certain behavioural patterns, has made her the confident woman that she is.

“It gave me the confidence that I had a right to be myself, I had a right to speak my truth but also gave me a certain grounding in behavioural patterns, for example, you see an adult and you don’t greet? Who born you? So there were character traits that were instilled in us [her and her siblings] by this very strong woman who had lost her second husband at age 37 and didn’t marry again.

“The example of her life was a teaching tool because she showed that she could stand as a woman on her own…be a contributing member of the community.”

Joey Akan’s Conversation with Asa is a Classic & You HAVE TO Read It ??