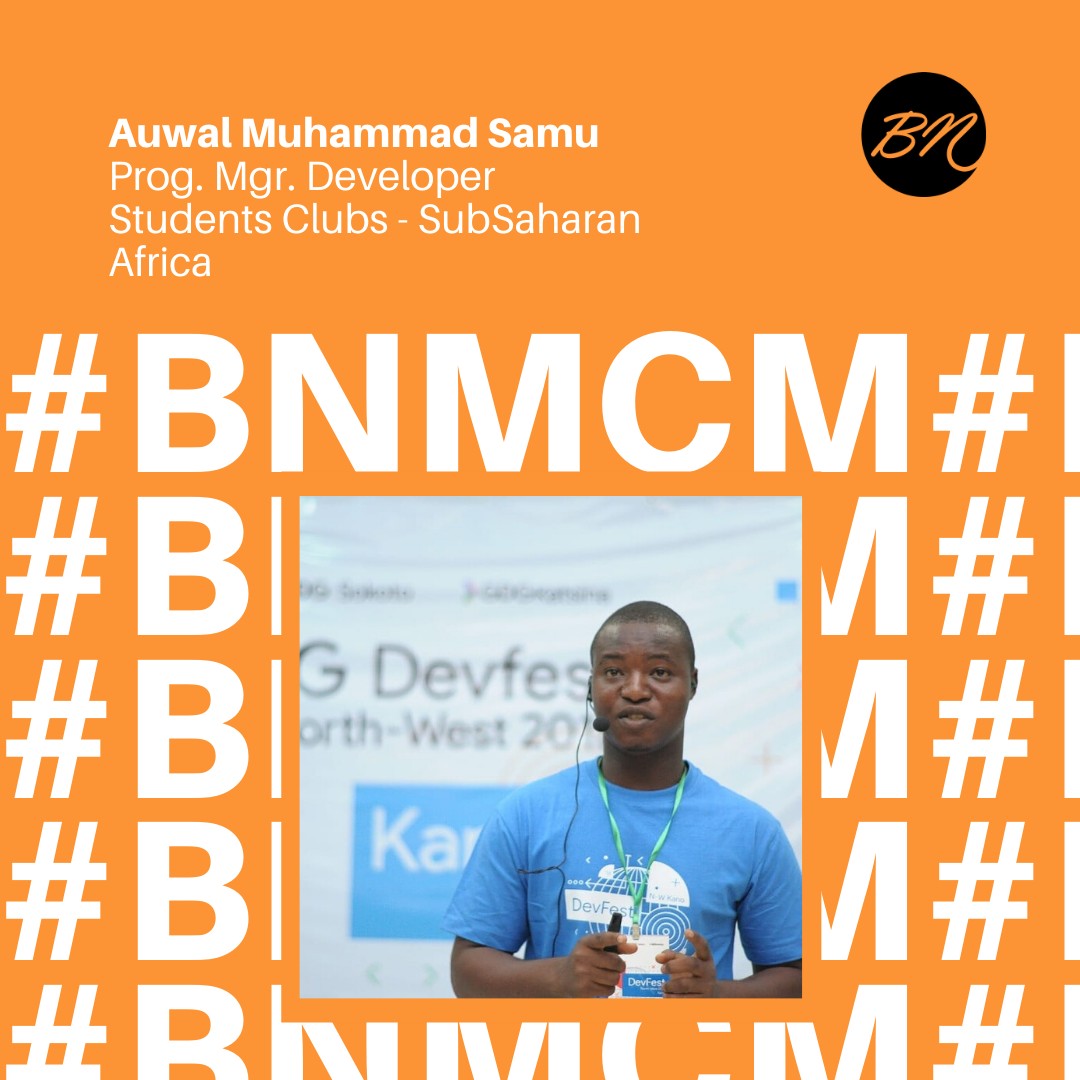 For our #BellaNaijaMCM feature this week, we celebrate Auwal Muhammad Samu, a software developer currently works as a Program Manager in Google Developer Relations team overseeing the activities of Developer Student Clubs in Sub-Saharan Africa.

For almost a decade, Auwal has been involved in training, managing teams and organisation community events in the tech space in Nigeria and across Africa.

In 2014, during a semester break in school, he bumped into Ahmad Bature, who at the time, was trying to secure a venue for the inaugural Google Developer Group (GDG), Lafia meetup. Auwal assisted Ahmad throughout the process of hosting that event, and was involved in the organisation of the subsequent meetups.

While in school, Auwal also kept attending GDG meetups and a nearby university and that was where he found out about the Google Student Ambassador program. He would applied to be an ambassador in his school, but unfortunately, he would be in final year before the next application phase.

Auwal kept growing his knowledge in the tech community and has a hand in organising communities such as We Code (a community of software developers in Abuja), Forloop Abuja (the Abuja chapter of Forloop Africa) and Atlassian Communities.

His journey led him to friends who invited him to join the team managing Andela Learning Community (ALC) which led 3000 Google African Scholarship Program recipients who were interested in developing their skills in Web and Android Development.

Auwal was selected to be the Lead Program Assistant for ALC 3.0 after working with the team in the previous edition.

He is very passionate about engineering and community building which led him to lead many technical communities where he helps other enthusiasts to improve their skillsets and we celebrate him today.

Owen Shedrack: What Is Success to You?