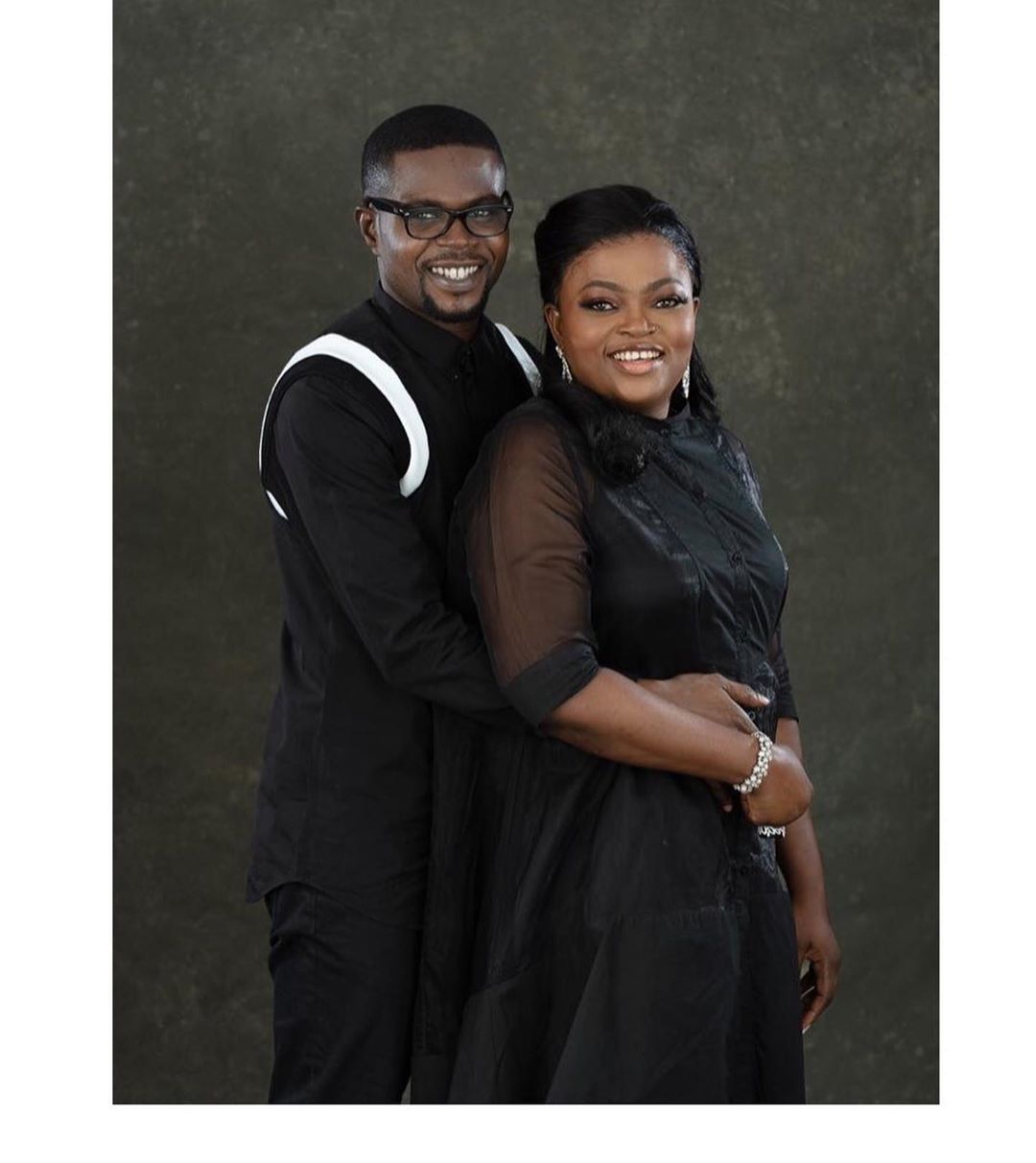 Funke Akindele Bello and her husband JJC Skillz have come under fire from Nigerians on social media for hosting a house party in celebration of his 43rd birthday, despite the coronavirus lockdown enforced in Lagos State.

In a video that has since gone viral on Twitter, the couple can be seen dancing to singer Naira Marley’s “Tesu Mole” song. Naira Marley who was in attendance alongside several other party guests who were also vibing to his music.

Following the video’s release, Nigerians are calling for the arrest of the actress and her husband for their “thoughtlessness.”

Check out the tweets below:

See the Crowd at Funke Akindele’s Party with Naira Marley in attendance, Eniola Badmus and people who just barely returned from the UK

The House Party Funke Akindele and her Husband JJCskillz did with the likes of Naira Marley, Eniola Badmus.. why this during this total lockdown? ????‍♀️ pic.twitter.com/fNVMEIgZHd

Funke Akindele is a typical example of people don't practice what they preach!!!!!!!

What impression does Funke Akindele leave to those who look up to her after that House party? Not to even talk about her being an ambassador for NCDC.

Seeing Naira Marley there with his boys, Eniola Badmus too?? Missing just one birthday in a lifetime won’t kill you!!!

Funke Akindele and her husband probably don't even know the consequence of their action. They only need one positive person in that gathering to infect the other idiots in attendance. They should all go on compulsory self isolation.

It is an high level of irresponsibility for Funke Akindele& her husband to organize a house party with so many people in attendance at this time when social distancing is very important.

To imagine that @NCDCgov used Funke Akindele an an Ambassador.
pic.twitter.com/WWs9ZtWrQg

Isn’t same Funke Akindele that did advert for Dettol and NCDC concerning this Coronavirus pandemic?
How irresponsible can she and her husband be…. I think sense is far away from those we call our celebrities. ?‍♂️?‍♂️

Woke up to the video of Funke Akindele’s house party and all I can say is we don’t value life in this country.

Govt is doing everything possible to curb this but as a celebrity and NCDC ambassador, you go on to put people’s life at risk?

It's gross irresponsibility for Funke Akindele, who should know better as an ambassador of the @NCDCgov, to throw a party in this delicate period. Practice what you preach ffs! What message are you passing to your followers? "Coronavirus is not that serious"?

At a time when coronavirus is spreading like wildfire, Funke Akindele decided to hold a full house party with people who just returned from the UK.

If the gov't doesn not do anything about this, then let's call off this lockdown and let everyone return to their normal life.

So Funke Akindele and her husband still held a party in their house yesterday despite the frown against social gatherings.. Nigerians be doing the most tbh..

And to think that she’s an advocate for good hygiene even makes matters worse..

80% of Nigerians believe Corona virus is not real and Funke Akindele just okay'd the notion.
It is what it is with these Celebs and their recklessness. pic.twitter.com/0zpvqTPdgO

It’s actually disappointing when we see educated people act like illiterates.
Imagine a NCDC ambassador who is aware of what’s right and still doing the opposite
Even if you don’t care about your own health, what about those that attended the party? Funke Akindele messed up mehn.

Some of us said it was wrong to use Funke Akindele in that NCDC video, una say no, people look up to her, I hope you know the party she organized yesterday sent a message to those people who “look up to her” that Coronavirus is not that serious?

1. Irresponsible citizenry lead to irresponsible government. Governance requires both parties to be responsible. The news that Funke Akindele and hubby had a party with loads of attendees making the rounds is sad and it makes me want to cry for my beloved country/2

I thought they said No movement.. how did that crowd get to Funke Akindele’s house . I’m so sure naira Marley does not stay in Amen Estate with her. Are we flying now

You know what comes next after this, don’t you?

Funke Akindele will come to social media, write long Shalaye notes, give boring excuses, beg for sympathy, and also promise to SuPpOrT NCDC iN fIgHtInG cOvId 19 wItH aLl HeR iNfLuEnCe.

How can you throw a party in a period like this?

How can you attend a party in a period like this?

Sometimes you just wonder why educated folks decide to behave like stack illiterates. Funke Akindele, her husband and everyone that attended that party acted irresponsibly.

Our problems are beyond governmental incompetence. How can Funke Akindele and her husband have a party during this period. Is it too much to ask people to have sense, ordinary "common sense".
You aren't even sure of your own condition, talk less of the health of others

Imagine a NCDC ambassador being so reckless. How could you preach social distancing yet you organize a full house party with people who just returned from the UK.

How did Funke Akindele even became an NCDC ambassador?

Nigeria is fond of puting the wrong people in positions.

Funke Akindele does a Covid-19 add for the NCDC and Dettol. Yet went on the do a party with many people, with someone that just got back from the UK. Why are some Nigerian Celebrities this foolish? Government is trying, "educated people are messing it up.

Yes Funke Akindele threw a party , utterly wrong but can we also shift the scope , can we shine the torch on those other celebrities in attendance ? We have naira marley topping the list , other Adults of the industry, can we ask them how much Rona paid them to boost the spread ?

If Football can be Shutdown, Weddings dismissed, Markets Closed what's a Birthday Party that JJC & Funke Akindele postpone. While some NG still think Covid 19 is a scam, this reckless irresponsibility has worsened it. If any attendee gets Positive? Arrest them