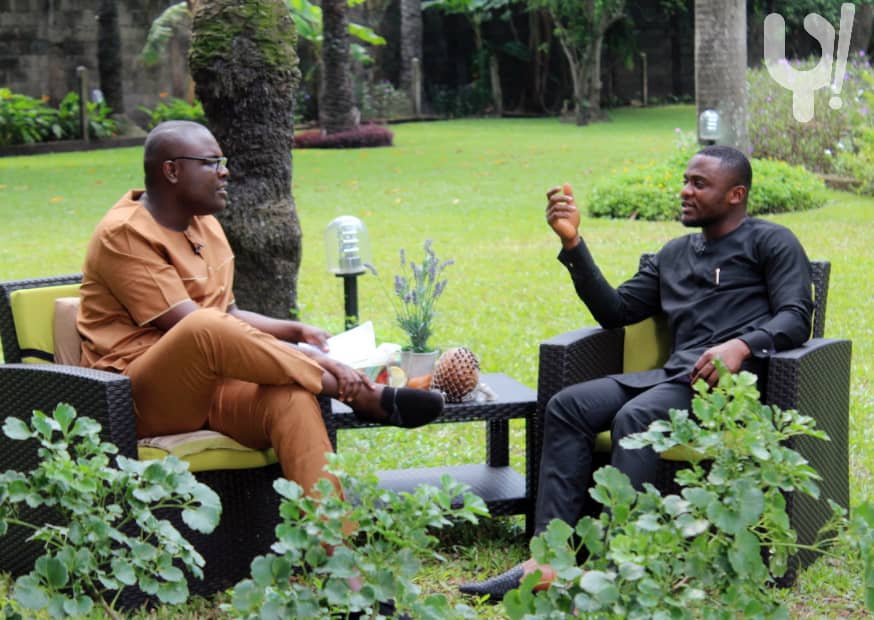 On the show, Ubi talked about the struggles and pains he endured while dealing with a crumbling business partnership, a marriage at the brink of collapse, and the birth of his son, all at the same time.

Partnership has to do with understanding, and when it gets to a point where there is no more understanding, greed sets in, ‘I’m a big man’ falls in, I can no longer listen to my partner, then you’ll realise that something is broken. Being in that situation taught me a lesson that there are people that are meant to pass by. With Iyanya, we were going through the same trip, I was on my journey, he was on his journey, we had somewhere we had to stop to relax, we stopped there, did our music business, built our brands, and it was time for us to move on to the next thing. He’s not doing badly, I am not doing badly.

When asked about the turbulent years that had his marriage and business crumbling at the same time, he said:

I don’t wish that for anyone. Three things happened; my son came, I was happy, but the marriage and business were in a storm. It was a tough time. It was one of those times when you could kill yourself and not feel it. There were times I will pin something on my skin so deep just to feel the pains and be distracted from the real pain I was feeling inside.

At that time, all I could think of was, after all my sufferings, let it be that Ubi Franklin died in a C300. A newly acquired C300. That was what was going through my head. When you’re going through pains and frustration, you’ll think about a lot of things. I felt that having bought that car, I could go kill myself.

If he could speak to his 16-year-old self, Ubi said his words would be that he should make all his mistakes early enough and not repeat another person’s mistakes later on.

"It's amazing how things can change if you wait a little while." This story never ceases to amaze. If you missed the conversation on TVC yesterday, watch out for the extended play podcast on Wednesday at 10am, or EbonyLife TV on Thursday at 7.30pm. #WithChude #MindHeartSpirit #LetsBeHumanTogether

Mike Bamiloye’s Biopic “The Train: The Journey of Faith“ is Here | Watch