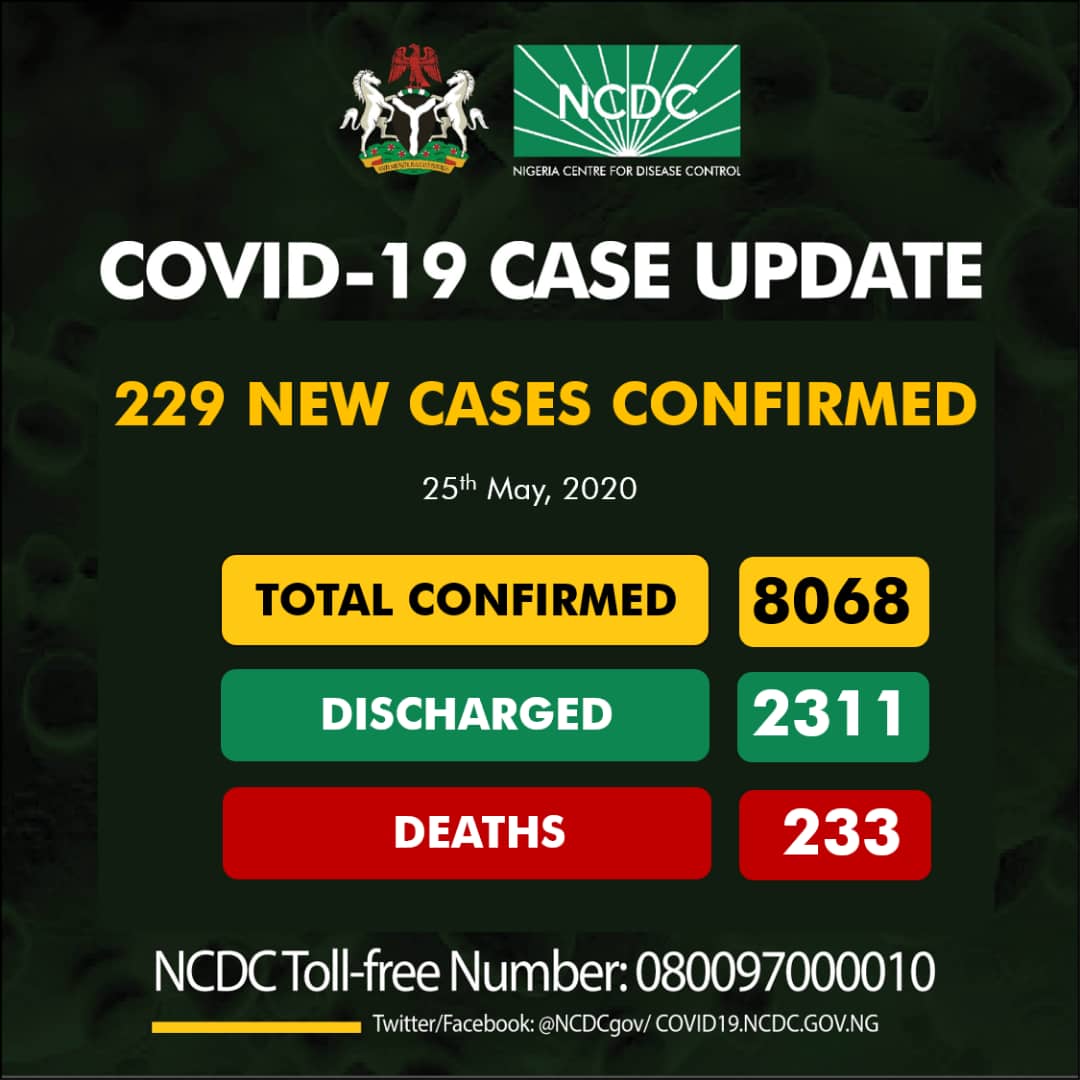 Nigeria now has a total of 8068 cases of coronavirus, 2311 discharged patients and 233 death recorded. 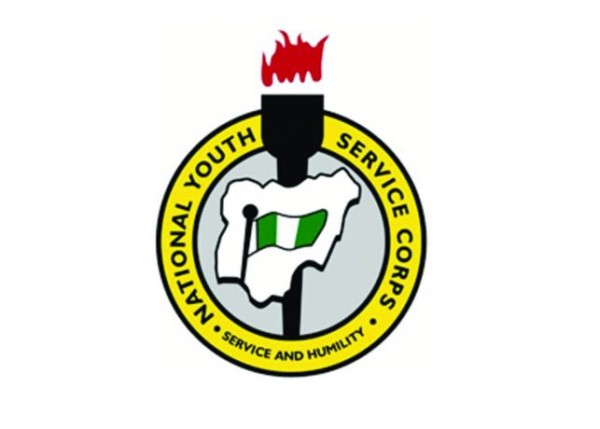 2019 Batch “B” Stream 1 corps members will be passing out on Thursday, May 28, and have been directed to collect their National Service certificates at the Local Government level. In a statement released on Monday, May 25, corps members were told that NYSC Officers have been mobilised for the distribution and shall do so from ten service points in each of the Local Government Councils.

The event shall be devoid of ceremonial parade as a result of the great threat and danger posed by Coronavirus which the entire globe has been battling.

In keeping with COVID-19 protocol of social/physical distancing, Certificate of National Service (CNS) shall be issued to qualified Corps Members at the Local Government level.

Accordingly, a full complement of NYSC Officers have been mobilised for the distribution; and shall do so from ten service points in each of the Local Government Councils.

As a precautionary measure, the distribution shall be staggered for a period of ten days in the first instance, in order to remove anxiety from the concerned Corps Members, in addition to making the activity seamless and less cumbersome.

Management heartily congratulates the 2019 Batch “B” Stream 1 Corps Members for the successful completion of the service, which undeniably is a major milestone.

Dear Corps Members, as you go for your CNS from Thursday, 28th May, remember to ensure the strictest observance of discipline; anchored on orderliness, adherence to instructions, added to the rules of social/physical distancing, use of facemask, hand sanitiser and proper washing of the hands with liquid soap for at least twenty seconds during the activity.

It is imperative to state that Corps Members who at present are not in their States of service need not violate the ban on inter-state journeys which is still in force.

However, as soon as the ban is lifted and it is safe to travel, they are expected to go to their respective States of service to collect their CNS.

Kindly note that unclaimed certificates shall be returned to the NYSC National Directorate Headquarters, Abuja two weeks after the lifting of inter-state travel ban.

Please, always stay in touch with our social media platforms, as well as the mainstream media for further information.

The World Health Organization (WHO) says it is temporarily suspending its clinical trials that use hydroxychloroquine to treat COVID-19 patients over published concerns that the drug may do more harm than good. The move comes after the medical journal, The Lancet reported on Friday, May 22 that patients getting hydroxychloroquine were dying at higher rates than other coronavirus patients.

“The review will consider data collected so far in the Solidarity Trial and in particular robust, randomized available data to adequately evaluate the potential benefits and harms from this drug [hydroxycholoroquine],” WHO Director-General Tedros Adhanom Ghebreyesus said during an online press conference from Geneva on Monday.

As part of our continued response to the pandemic globally, WHO continues to work aggressively on research and development. As you know, more than two months ago we initiated the Solidarity Trial, to evaluate the safety and efficacy of four drugs and drug combinations against COVID-19.

Over 400 hospitals in 35 countries are actively recruiting patients and nearly 3500 patients have been enrolled from 17 countries. On Friday, the Lancet published an observational study on hydroxycholoroquine and chloroquine and its effects on COVID-19 patients that have been hospitalised.

The authors reported that among patients receiving the drug, when used alone or with a macrolide, they estimated a higher mortality rate. The Executive Group of the Solidarity Trial, representing 10 of the participating countries, met on Saturday and has agreed to review a comprehensive analysis and critical appraisal of all evidence available globally.

The review will consider data collected so far in the Solidarity Trial and in particular robust randomised available data, to adequately evaluate the potential benefits and harms from this drug. The Executive Group has implemented a temporary pause of the hydroxychloroquine arm within the Solidarity Trial while the safety data is reviewed by the Data Safety Monitoring Board.

The other arms of the trial are continuing. This concern relates to the use of hydroxychloroquine and chloroquine in COVID-19.

I wish to reiterate that these drugs are accepted as generally safe for use in patients with autoimmune diseases or malaria. WHO will provide further updates as we know more. And we will continue to work night and day for solutions, science and solidarity. 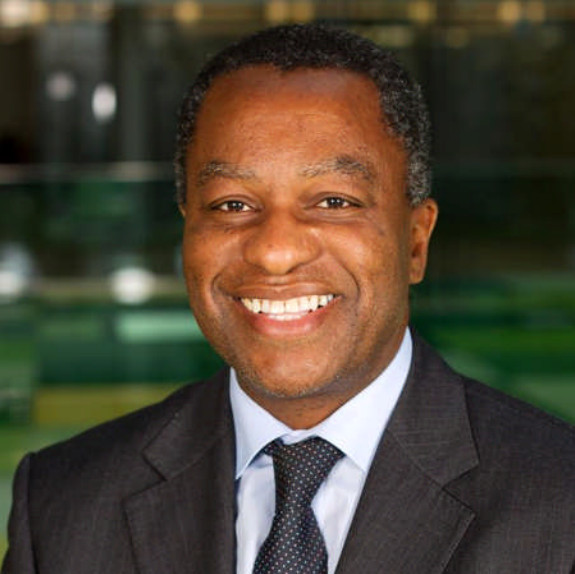 The Minister of Foreign Affairs, Geoffrey Onyeama, shared that the Federal Government on Sunday evacuated 69 Nigerian citizens who were stranded in Lebanon. The minister who made this announcement via his official Twitter handle said, they were evacuated with the support of the Lebanese government and the Lebanese community in Nigeria.

Those evacuated include 50 female victims of trafficking and 19 other persons who were stranded in Lebanon.

“With the financial and logistic support of the Lebanese Government and Lebanese community in Nigeria, 50 trafficked Nigerian girls and 19 stranded Nigerians were successfully evacuated from #Lebanon and arrived in Nigeria today. 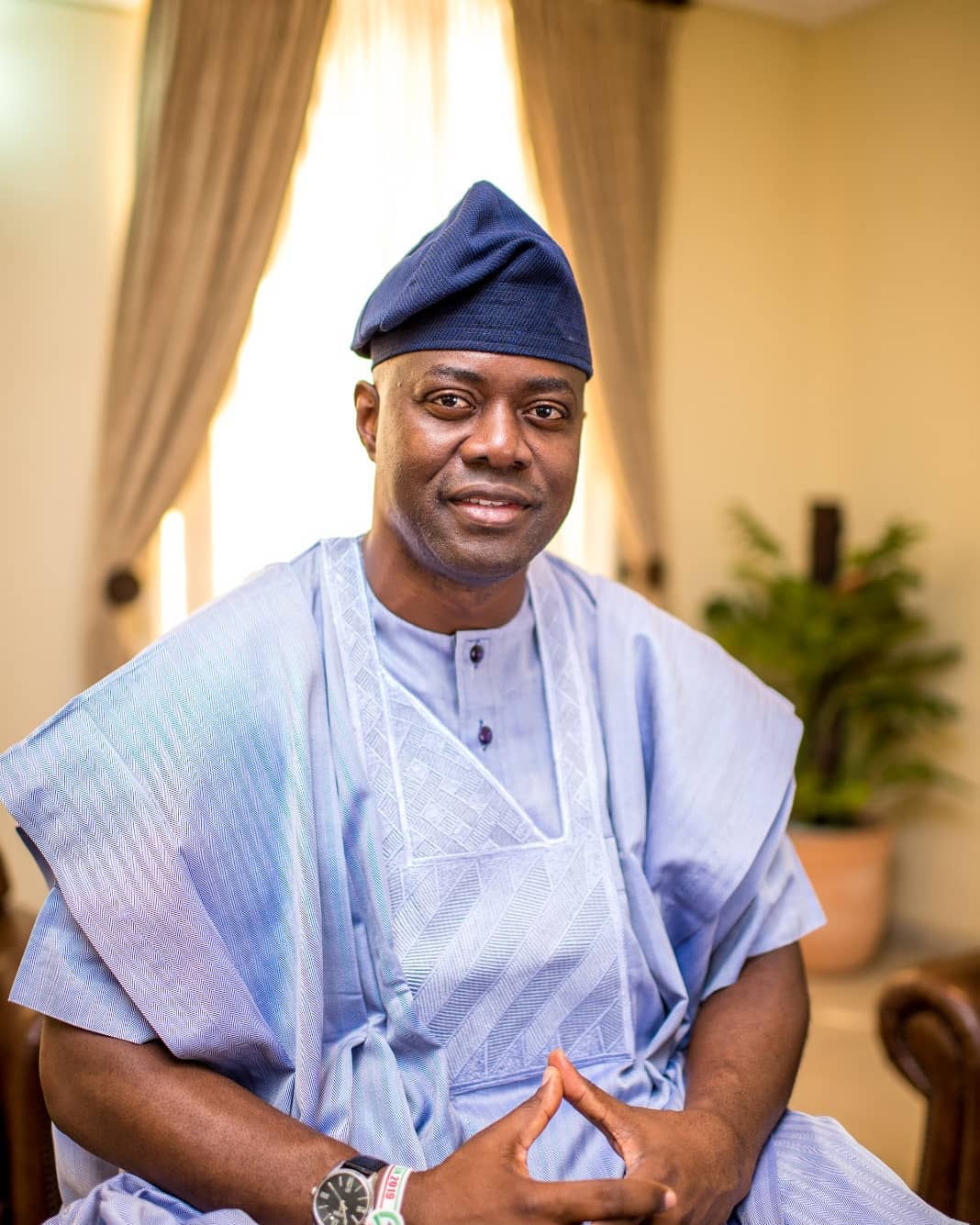 The Oyo State COVID-19 Task Force has relaxed the existing curfew imposed on the state in respect of the ravaging COVID-19 pandemic to 8 p.m – 5 a.m. The new directive currently in force replaces the initial order which pegs the curfew between 7 p.m – 5 a.m.

A statement by the Chief Press Secretary to the governor, Taiwo Adisa said that the decision was reached at the COVID-19 Task Force meeting presided over by the governor on Sunday. He also added that the state has so far recorded 233 COVID-19 positive cases, while 171 of them are active cases.

Taiwo Adisa also stated that a number of creative measures were approved for implementation by the Emergency Operations Centre (EOC), which coordinates the operations of the thematic segments of the containment drives.

“The Oyo State COVID-19 Task Force headed by His Excellency, Governor Seyi Makinde has approved that the curfew currently in force in the state runs from 8 p.m. to 5 a.m. The new directive replaces the initial order which pegs the curfew at between 7 p.m. and 5 a.m.

“Agreement has been struck with the management of a facility in Ibadan to provide bed spaces for a number of positive cases, whose status have been well considered by the experts,” his statement read.

He further stated that the government is wrapping up renovations of Isolation centres located at Agbami, Jericho, Ibadan, Igbo-Ora, Ogbomoso, Saki and Aawe, near Oyo town.

He added that the planned community testing, which could not be kickstarted at the weekend owing to the festivities and public holidays, would commence by the end of the week.

Thirty-two (32) COVID-19 patients have been discharged from the isolation centre in Jigawa State after testing negative twice for the virus.

This brings to 143 the total number of discharged COVID-19 patients in the state.

The Commissioner of Health, Abba Abba Zakari who made this known to newsmen at the NYSC camp in Dutse said the lockdown in the state will be lifted in three Local Councils which include Birninkudu, Gwaram and Gumel, Channels News reports.

He, however, revealed that four more COVID-19 related deaths have been recorded in the state, bringing the total number of fatalities to 7 in Jigawa.