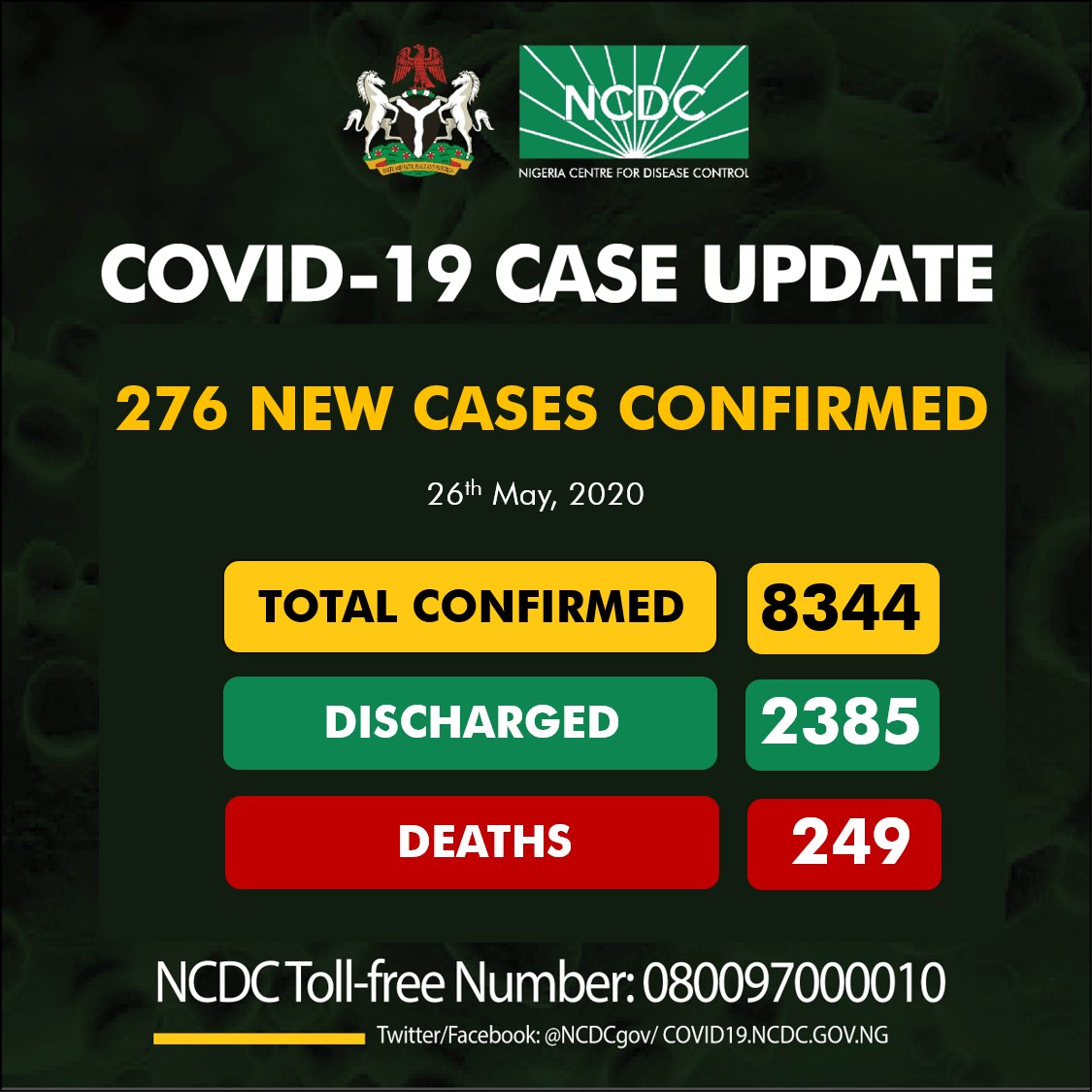 In total, Nigeria has now recorded 8344 cases of COVID-19. 2385 patients have been discharged from various Isolation centers across the country, while 249 deaths have been recorded. 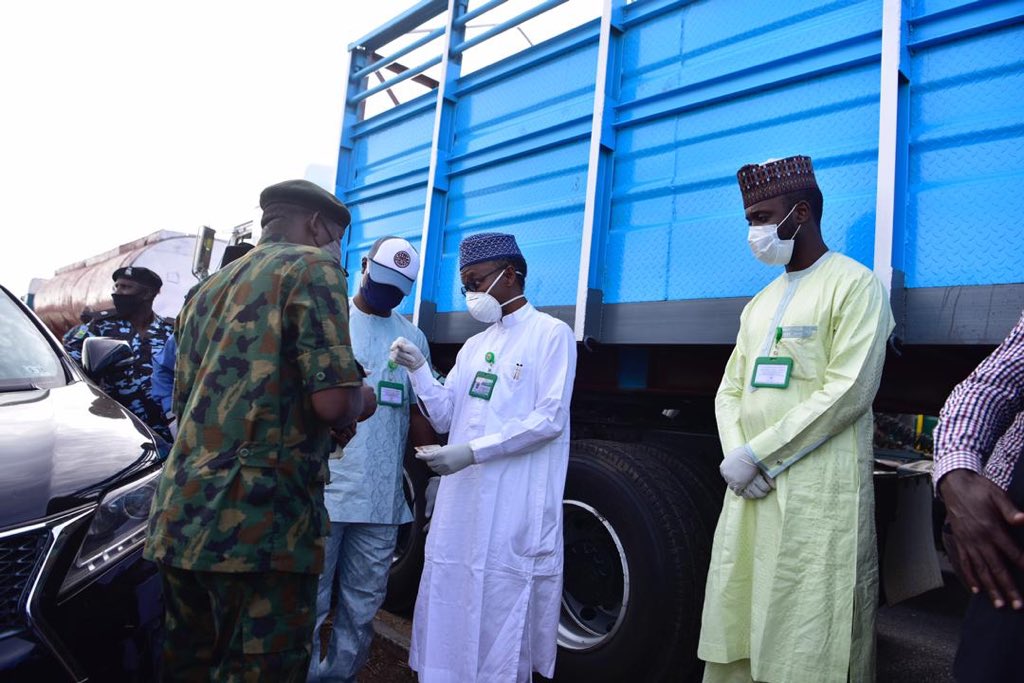 The Kaduna State Government has extended the lockdown in the state by another two weeks, The PUNCH reports.

The two weeks lockdown would start as from June 1st, 2020, according to the Deputy Governor, Hadiza Balarabe, who made the announcement in a broadcast to residents on Tuesday.

KADUNA UPDATE: Malam Nasir @elrufai has extended the Quarantine Orders by two weeks, with adjustments to permit the easing of restrictions in certain sectors, Deputy Governor @DrHadiza Balarabe has announced in a state broadcast… pic.twitter.com/v6y7N8FRvV

The World Health Organisation on Tuesday reported that coronavirus cases in Africa as of May 26, have risen to over 115, 000.

The WHO Regional Office for Africa in Brazzaville, Congo, gave the update on its official twitter.

The figures showed that South Africa, Algeria, and Nigeria have the highest reported cases in Africa.

Mexico has recorded its largest single-day increases in both newly confirmed cases and reported deaths from novel coronavirus since the outbreak began.

Mexican health officials reported on Tuesday an additional 3,455 cases, bringing the total to 74,560.

Officials also recorded an additional 501 deaths, bringing the total reported death toll to 8,134. It is the first time Mexico has reported more than 500 deaths in one day.

Mexico is the country in Latin America with the highest coronavirus case fatality rate (10.7%), even ahead of Brazil (6.2%), the region's country with the highest number of cases & deaths, per data compiled by @JohnsHopkins Coronavirus Resource Center https://t.co/rhXmunrNmL

The number of confirmed Covid-19 cases in Peru rose to at least 129,751 on Tuesday which is a jump of 5,772 from the previous day, according to Republic World.

The country also added at least 159 new coronavirus-related deaths, raising the national death toll to 3,788, the ministry said in a statement.

Peru has the second-highest number of confirmed Covid-19 cases in Latin America, behind Brazil.

Germany on Tuesday extended its social distancing measures until June 29 as part of efforts to restrict the spread of the coronavirus, according to a deal between the federal government and regional authorities.

Under the extension, the governments of Germany’s 16 federal states can allow up to 10 people, or members of two households, to meet, Politico reports.

However, the government recommends that people still limit their number of social contacts and keep the size of their social group as constant as possible. It also suggests holding gatherings outdoors where the risk of infection is lower. 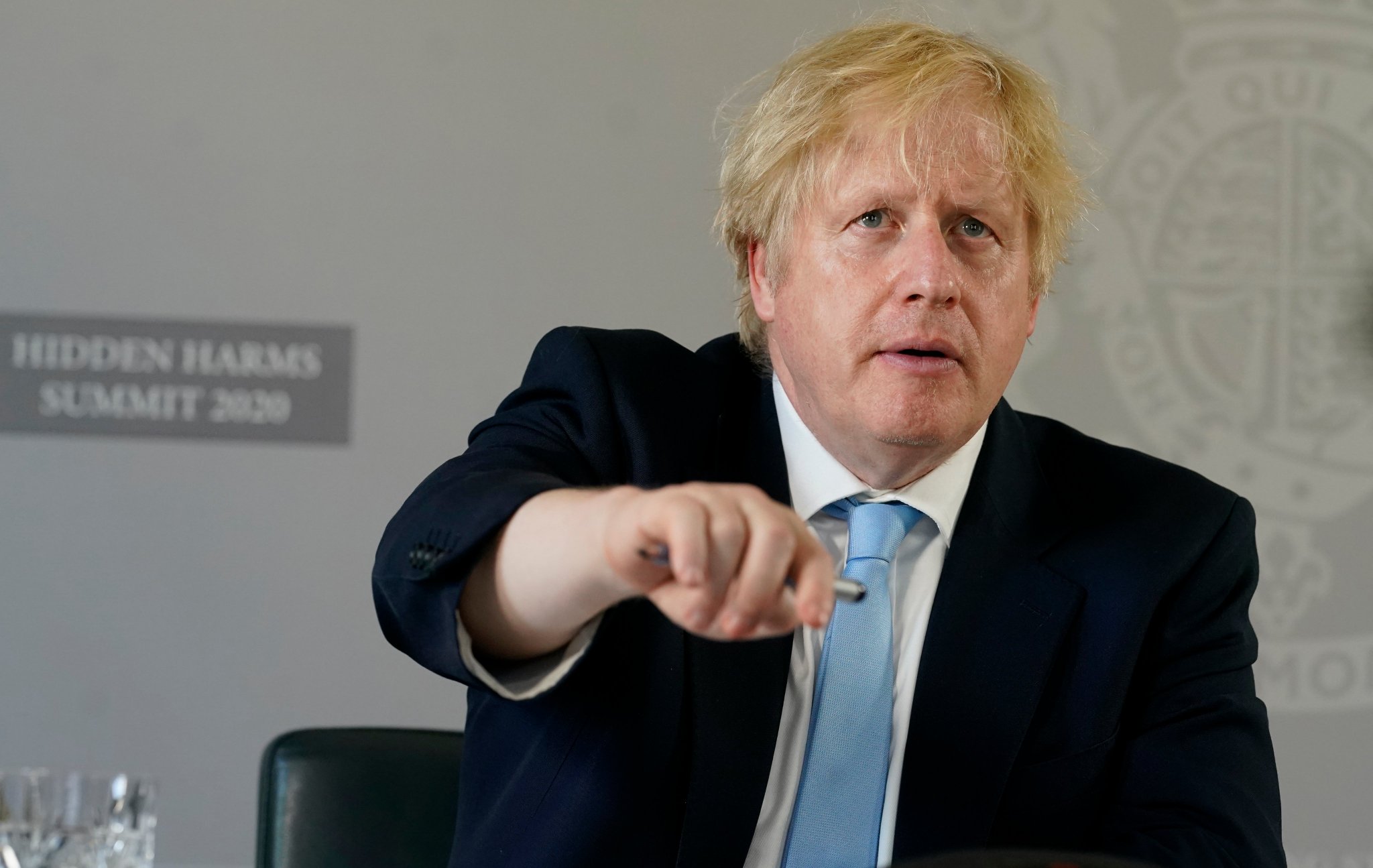 Boris Johnson discusses coronavirus with top officials at UN and WHO

UK Prime Minister Boris Johnson on Tuesday spoke with the UN Secretary-General and with the head of the World Health Organization to discuss efforts on defeating coronavirus, Downing Street said.

In a statement, Johnson spoke separately to António Guterres and Tedros Adhanom Ghebreyesus to set out the UK’s support for international efforts on defeating coronavirus and for the work of the UN and WHO in helping to coordinate the global response.

Huge thanks to my friend @BorisJohnson, ?? Prime Minister, for a very good call about the global #COVID19 response. We discussed how to strengthen our collaboration to defeat the pandemic. I thanked him for ??’s leadership on accelerating vaccine research and development.

I also used the opportunity to thank ?? Prime Minister @BorisJohnson for the continuous support provided to @WHO by the British government and people. We agreed that only with global solidarity can we stop #COVID19 from spreading. 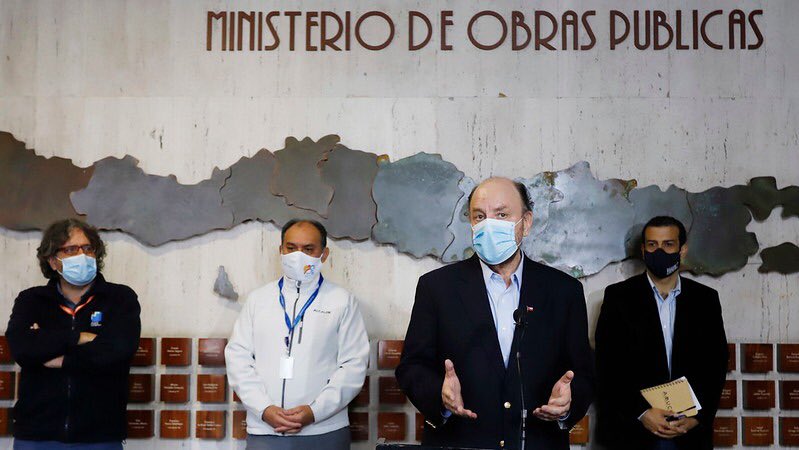 Both ministers went into a preventive quarantine at the end of last week after showing mild symptoms of the virus, according to the statements.

PARIS, FRANCE – NOVEMBER 12: French President Emmanuel Macron waits for United Nations Secretary General Antonio Guterres prior to their meeting at the Elysee Presidential Palace on November 12, 2018 in Paris, France. Guterres came to France to participate in the international ceremony of the Armistice Centenary of 1918 at the Arc de Triomphe on November 11. (Photo by Chesnot/Getty Images)

Check Out the latest coronavirus numbers in France

The number of coronavirus cases in France has continued to stabilize while the number of hospitalizations dropped by at least 534 cases, for a total of at least 16,264 on Tuesday, according to the French government.

The government says there has been a small increase in the number of deaths, with 73 reported in the last 24 hours, but this number remains on the decline overall. The total number of reported deaths in France is at least 28,530, the ministry said.

The number of patients in the ICU is also declining, with at least 1,555 patients in intensive care. 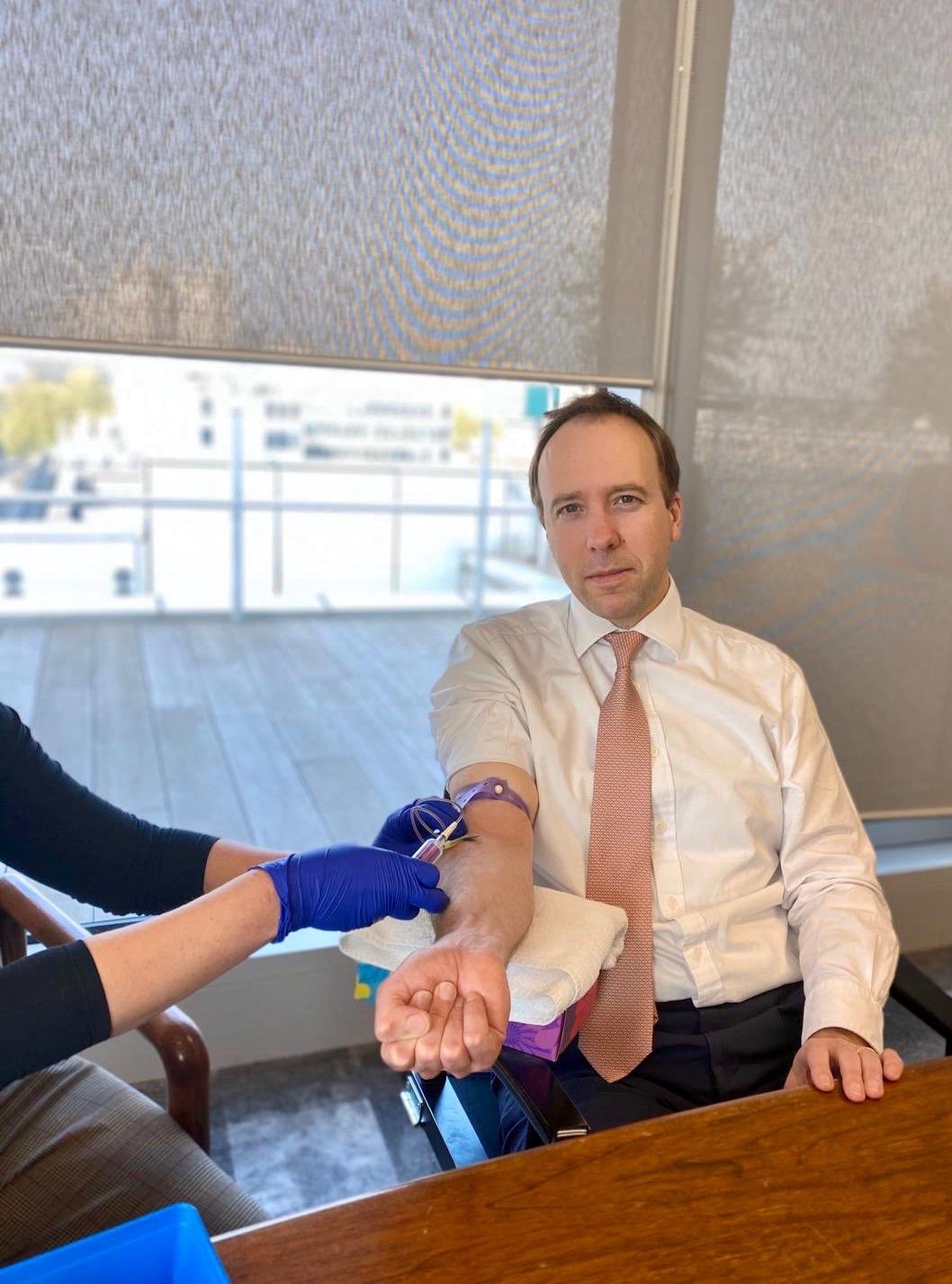 Northern Ireland has become the first of the four UK nations to record zero deaths during the coronavirus crisis, Ireland’s Minister for Health secretary Matt Hancock said on Tuesday. It is the first time no deaths have been recorded in Northern Ireland since March 18.

Although Hancock called the downward trend in deaths and cases “positive,” he was quick to issue a “serious note of caution,” adding there are “no grounds for complacency.”

Health Secretary Matt Hancock says for the first time since the 18 March there were no deaths related to #COVID19 recorded in a single day in Northern Ireland.

He also adds that the UK has seen its lowest number of deaths for six weeks.