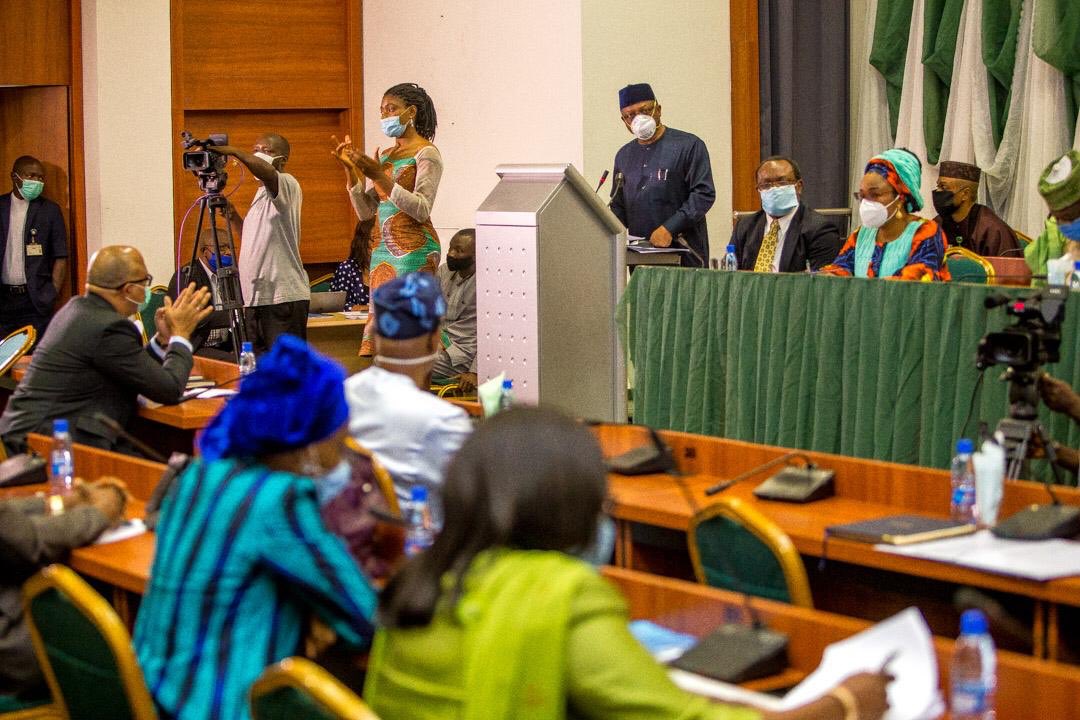 Confirmed cases of coronavirus have increased to 7,035 in Lagos State

A breakdown of cases by state can be found via https://t.co/Z5x7UFXpXd#TakeResponsibility pic.twitter.com/u5meKTGBsj

In a tweet shared on the official Twitter handle of the Ogun State government, it was also disclosed that 21 new cases of coronavirus were recorded across 3 local government areas on June 12, and a death case recorded.

This brings the total number of fatalities recorded in the state to 14.

Ogun State has recorded 21 new confirmed cases across three LGAs, on 12th June 2020. This brings the total number of cases so far confirmed to 544.

Sadly, the State also recorded 1 related death on the same day, making it a total of 14 deaths currently recorded. As 214 patients have so far been discharged, to rejoin their families, there are 316 active cases being managed by health authorities in total.

Sadly, the State also recorded 1 related death on the same day, making it a total of 14 deaths currently recorded.

As 214 patients have so far been discharged, to rejoin their families, there are 316 active cases being managed by health authorities in total.#StayHome #StaySafe

Oyo State government disclosed via Twitter that some coronavirus patients were discharged after their test result came back negative twice. This brings the total number of discharged COVID-19 patients in the state to 271.

1. 95 confirmed COVID-19 cases have received their second NEGATIVE test results and have been discharged. This brings the number of discharged cases in Oyo State to 271.

So, the total number of confirmed cases in Oyo State today is 469.

The Nigerian Medical Association (NMA), Cross River State branch, has warned against the decision of the state government to begin a trial resumption of schools amid the COVID-19 pandemic.

Last week, Ben Ayade announced the mass production of face shields have begun for students in the state so that they can resume school, observing necessary COVID-19 protocols.

In a joint statement signed by its Chairman, Agam Ayuk, and Secretary, Ezoke Epoke, on Saturday, the statement reads in parts, as provided by Punch:

The declaration by the Cross River State Government of a trial resumption of three public schools in each of the three senatorial districts in the state on June 16, 2020, is alarming. To the medical community, there is a lack of evidence to ascertain the actual COVID-19 status and disease burden in the state due to the unacceptable low number of tests carried out.

The quick resumption of schools, despite genuine reasons, has the potential of significant disease outbreak among pupils. The association advocates the adoption of educational technologies to provide remote learning opportunities and educational programmes for pupils in public schools in the interim, which is currently being implemented by private schools until a national policy is introduced on the unified resumption of schools by the Federal Government.

269 stranded Nigerians in India successfully arrive in Nigeria on, Saturday, June 13, 2020. They arrived aboard an Air Peace flight at 2 AM, according to the Nigerians in Diaspora Commission.

269 stranded Nigerians in India landed in Nigeria (103 in Lagos, 166 in Abuja) today (Saturday) at about 2 am after a few hours of delay. All evacuees (are) now on a compulsory 14 days self-isolation, according to the new protocol by the Presidential Task Force on COVID-19.

By the Presidential Task Force on #Covid_19.
All tested negative before boarding and are to be re-tested within 72 hours at an NCDC @NCDCgov designated testing center.@NigeriaGov @DigiCommsNG @SaharaReporters @instablog9ja @TheNationNews @APCUKingdom @legitngnews @MobilePunch

According to Johns Hopkins University‘s tally of cases in the United States, there are at least 2,074,526 cases of coronavirus in the US, including at least 115,436 deaths. The totals include cases from all 50 states, the District of Columbia and other US territories, as well as repatriated cases.

According to India’s health ministry, India has recorded 11,929 new cases in the past 24 hours, its largest single-day spike to date. In total, India has reported 320,922 Covid-19 cases, including 9,195 deaths.

The west Indian state of Maharashtra remains the worst-hit state, with 104,568 positive cases, followed by Tamil Nadu in the south, with 42,687 cases. India’s capital, New Delhi, has reported at least 38,958 cases, according to John Hopkins University tally.

Mayor of São Paulo, Bruno Covas is diagnosed with COVID-19

The mayor is showing no symptoms and is following medical advice to keep working at home in the coming days.  Covas is also undergoing immunotherapy treatment to fight lymph node cancer, an illness that has been widely reported in the Brazilian media and publicly discussed by Covas, CNN reports.

A Norwich City player is one of two positive coronavirus results found in the Premier League’s latest round of testing, the club confirmed.

The Premier League can today confirm that on Thursday 11 June and Friday 12 June, 1,200 players and club staff were tested for COVID-19. Of these, two have tested positive from two clubs.

South Africa reports a delay in obtaining coronavirus test results from public labs. It says the delay has risen to 12 days amid backlogs and shortages of testing materials, Aljazeera reports.