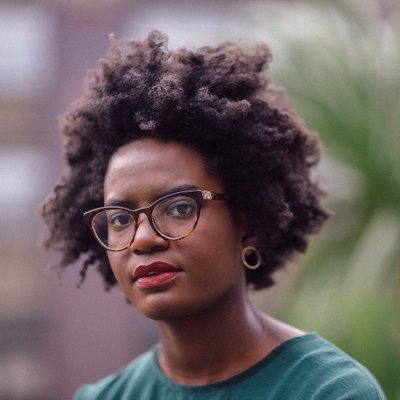 Congratulations are in order as Reni Eddo-Lodge becomes the first black British author to take the overall No 1 spot in the UK’s official book charts.

Eddo-Lodge’s “Why I’m No Longer Talking to White People About Race” topped Nielsen BookScan’s UK top 50 in the week to 13 June, making her the first black British author to take the top slot since Nielsen began recording book sales in 2001.

The only black author to have taken the No 1 spot on the overall charts is the former US first lady Michelle Obama in 2018, with her memoir “Becoming“.

The book which was first published in 2017, has become extremely popular in the wake of the recent Black Lives Matter protests. “Why I’m No Longer Talking to White People About Race” details why the author would not be having conversations about race with most white people because they “refuse to accept the legitimacy of structural racism and its symptoms”.

The author responded to the news on Twitter saying, “Feels absolutely wild to have broken this record ?” 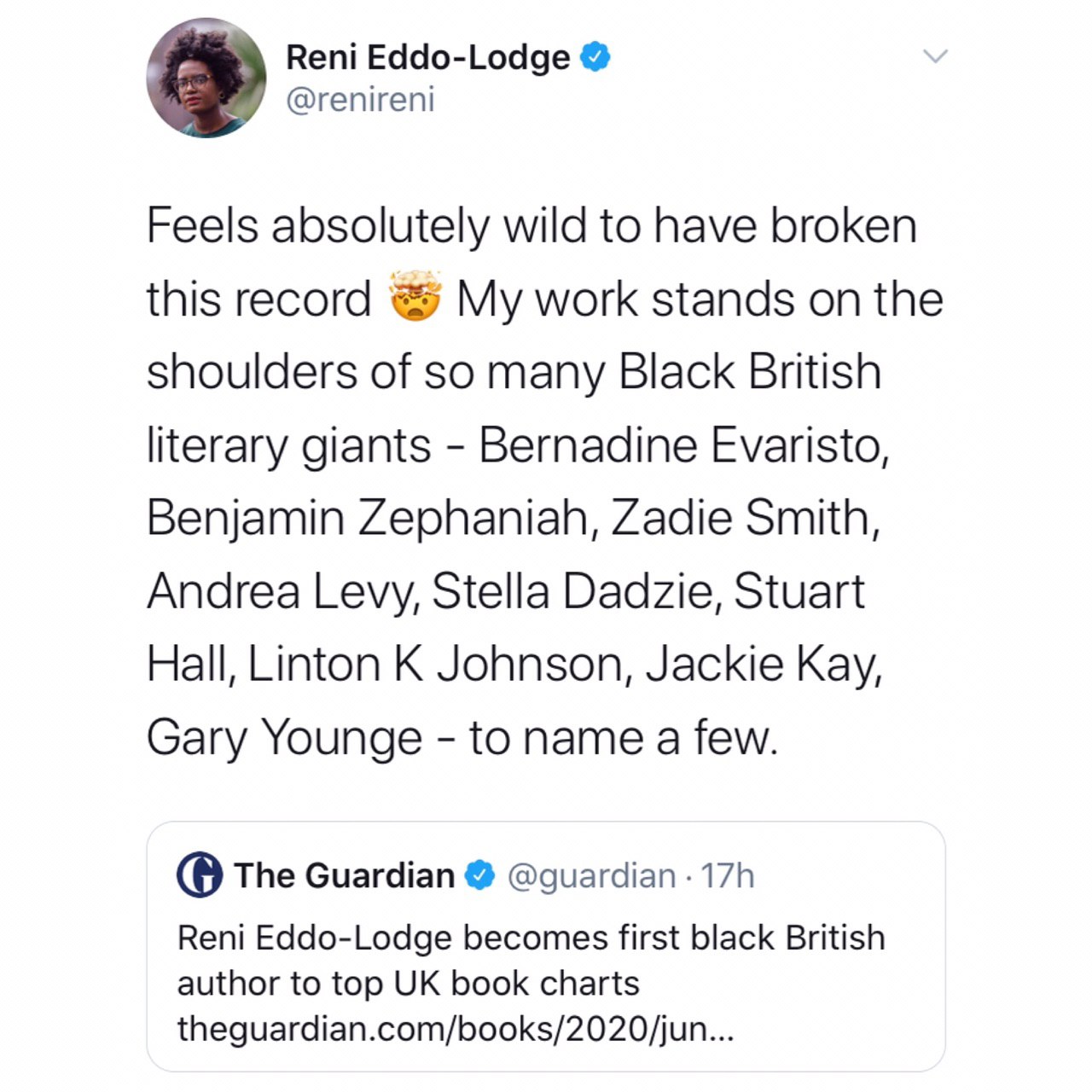 Last week, Reni Eddo-Lodge, became the first black British author to be number 1 on the on the non-fiction paperback charts, and she reacted to the news on Twitter stating that she was “dismayed by the tragic circumstances in which this achievement came about” she also described the fact that it took so long for a black British author to top the charts as “a horrible indictment of the publishing industry”. 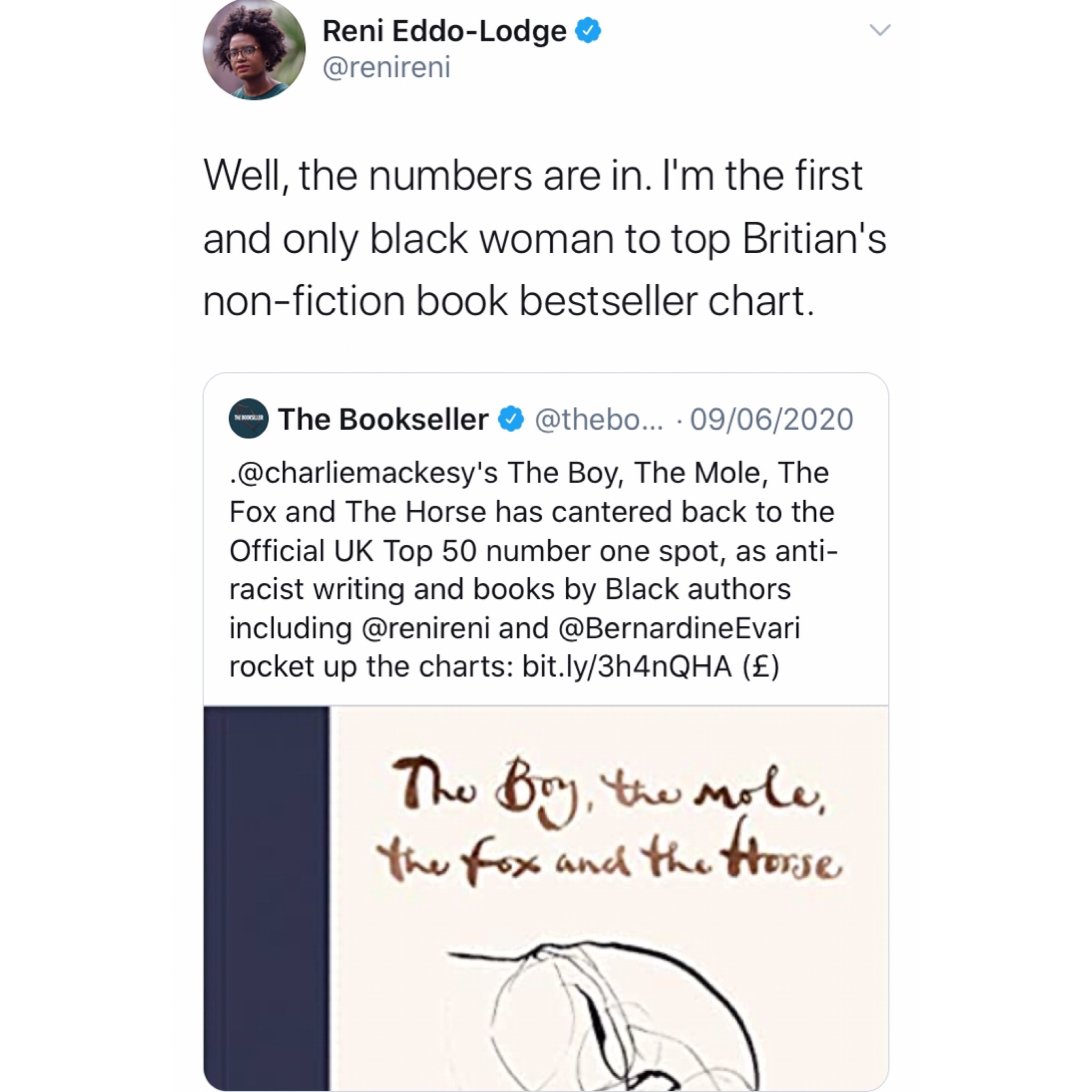 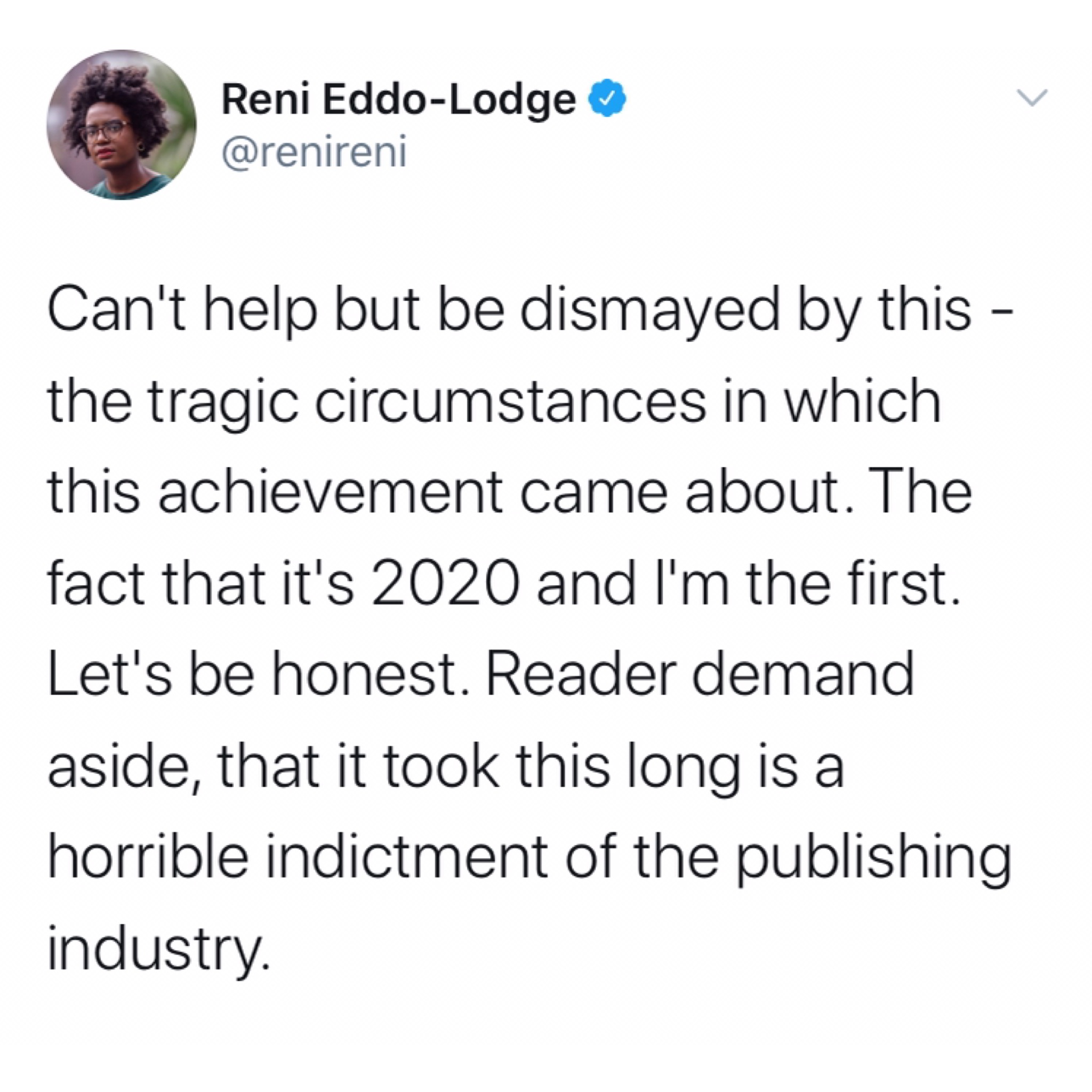 Related Topics:Michelle ObamaReni Eddo-LodgeWhy I'm No Longer Talking To White People About Race
Up Next