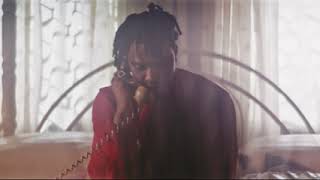 “Heartbreaker,” which premiered on YouTube, features Aceberg and Toni Tones in a complex exploration of a relationship between a man and a woman.

Picture this: A bathtub, a picture frame, water, a frustrated scream, lightning, laughter and a drive away with a deep sigh and an expression that looks like loss.

This short film premiered in anticipation of Aceberg’s debut single of the same title, set to drop on the 31st of July, 2020.