Chiwetel Ejiofor is British GQ’s Hype for the Week 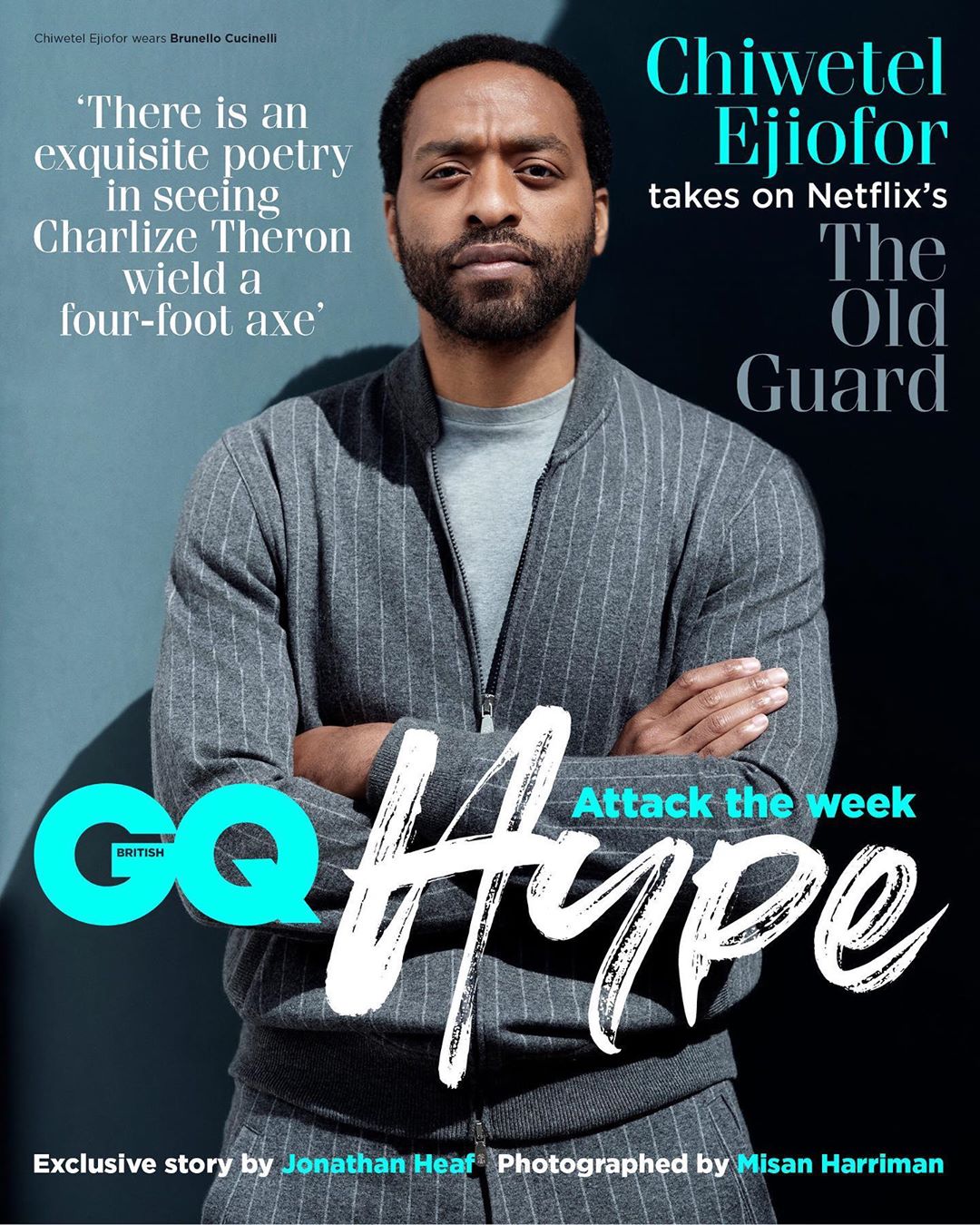 In this issue, the “12 Years a Slave” actor talks about shooting the “Doctor Strange” sequel, his immortal adventuring in new graphic novel adaptation “The Old Guard“, his passion for the Black Lives Matter movement and the exquisite poetry of seeing Charlize Theron wield a four-foot axe.

Read excerpts from his interview:

On his fresh perspective on life since the pandemic

At first, I feared the new normal… I’ve spent most of the pandemic up until now in New York and watching as at first denial hits, then comes the realisation of the severity of the situation. It was very discombobulating. But the human-animal adapts, we evolve; that’s the beauty of it. As time goes by one doesn’t feel quite so panicked or anxious.

The thing that has kept me awake at night, other than the obvious worries over the illness, is the feeling of, well, if everything is changing, am I part of that change? Do I need to engage with people, friends, family in a different way? How have I been utilising my time? For many years, being a working actor, I have existed and lived in a sort of bubble already, in my own permanent state of travelling isolation. So having this moment of reflection, of realising that there are people I can reach out to, has been huge for me.

On his latest role in Netflix’s fantasy action drama, “The Old Guard”

It was really the director, Gina Prince-Bythewood, who excited me about The Old Guard… I loved her film Beyond The Lights with Gugu Mbatha-Raw and I was excited about her taking on a project of this size, excited about her as a storyteller and a black woman making this type of film. As soon as I met with Gina and began talking about Copley, we could see we were both interested in his morality, his at best ethically ambiguous way of looking at the world.

This really grounded all the fantasy and made it, unlike any other graphic novel adaptation. For me, if anyone has the mentality of ‘The ends justifies the means’, as Copley does, then don’t do it. But he lives in that grey area, as do many people in real life. I felt there could be a moment of empathy for him during the film. The decisions he makes and his background made him neither an outright villain nor particularly heroic. He’s complex. 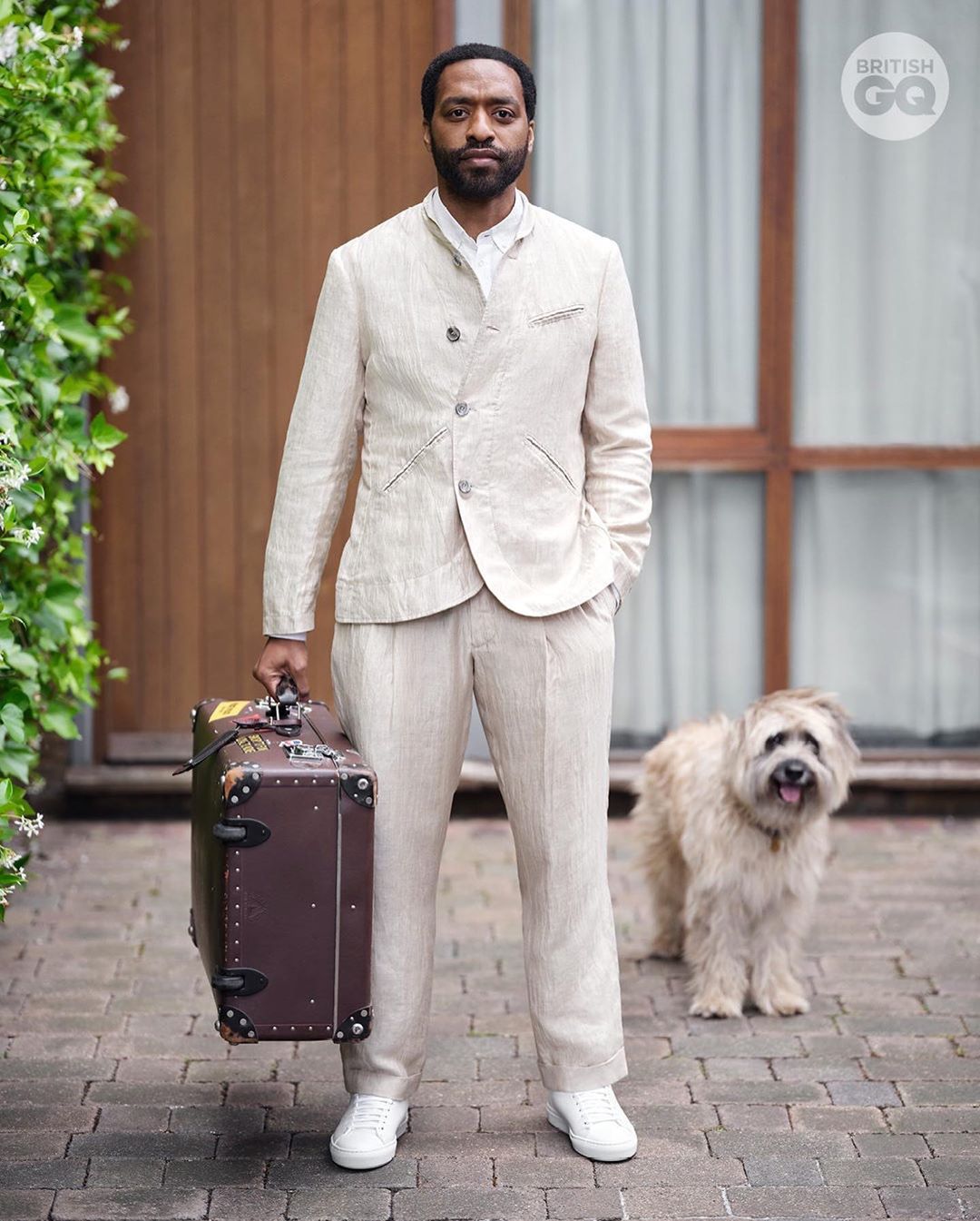 Racism in the film industry and beyond

Anti-black racism has been one of the fundamental parts of modern history in the Western world. It is baked into the cake of the occidental world in a way that few other things are. It’s like the flour in the cake. And this anti-black racism is heightened by colonialism and by the slave trade. So the profitability of black and brown bodies has become essential to how the West has worked. Dismantling these systems is the work of several lifetimes – my life, yes, but also those that come after me.

The thing is it is very difficult to do this. All these systems need to survive is a sort of apathy from the white community. This is why these white supremacist power systems continue to be considered the norm. The white people, whether they’re good natured or whether they’re not, will by and large let it run. They won’t get involved. They won’t care about it enough. So, yes, white people will turn and say, ‘Oh, this is a terrible thing. Systematic racism is awful, isn’t it?’ but unless those same white people actually start to get involved, then the system will stay. This is why education is so important.

…My own grandfather, for example, worked for the Mining Corporation in the north of Nigeria as an accountant. So when he was alive he would have told you, firsthand, where the money went. It went straight to Whitehall, to the foreign office. Everyone on the ground knew the deal.

But today? The truth is purposefully obfuscated. Michael Gove recently mentioned not being critical of Britain in the education system – but this is just propaganda. And this is why people don’t know the background to certain statues or why people don’t understand that in a liberal democracy having statues of slave traders is an objective harm. 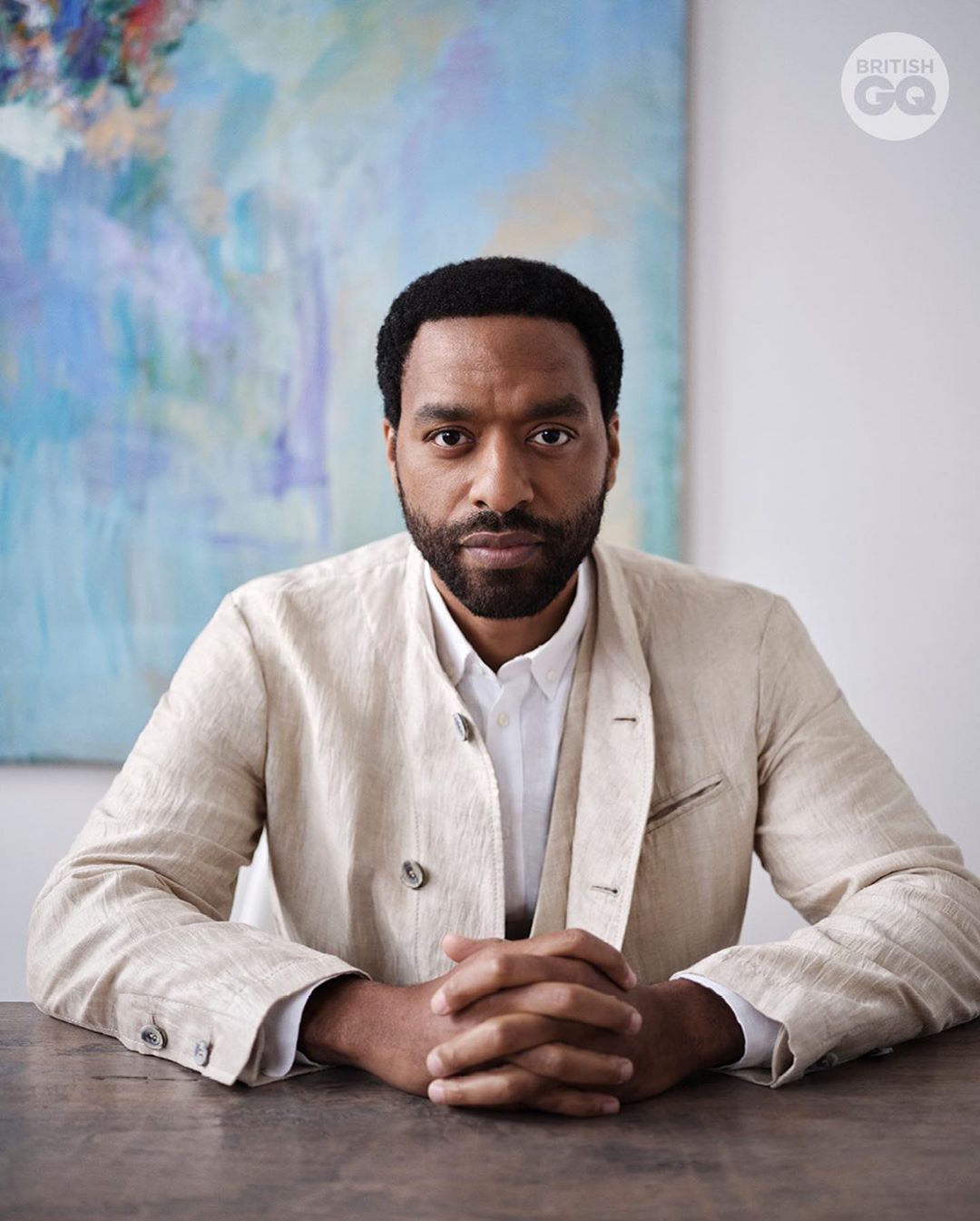 His thoughts on the Black Lives Matter Movement

I think that this entire political class belongs to a different era. The idea of a professional politician doesn’t mean anything to me. Who would you want in charge? Perhaps, like me, you’d want a type of politician that isn’t working the system for continual political gain, but is someone who is more representative of the broader spectrum of multicultural Britain, someone from the grassroots.

The way the party system works, how people are elected to power, doesn’t seem vastly democratic to me. These men and women who all went to one or two schools and one or two universities seem desperately out of touch to most people. 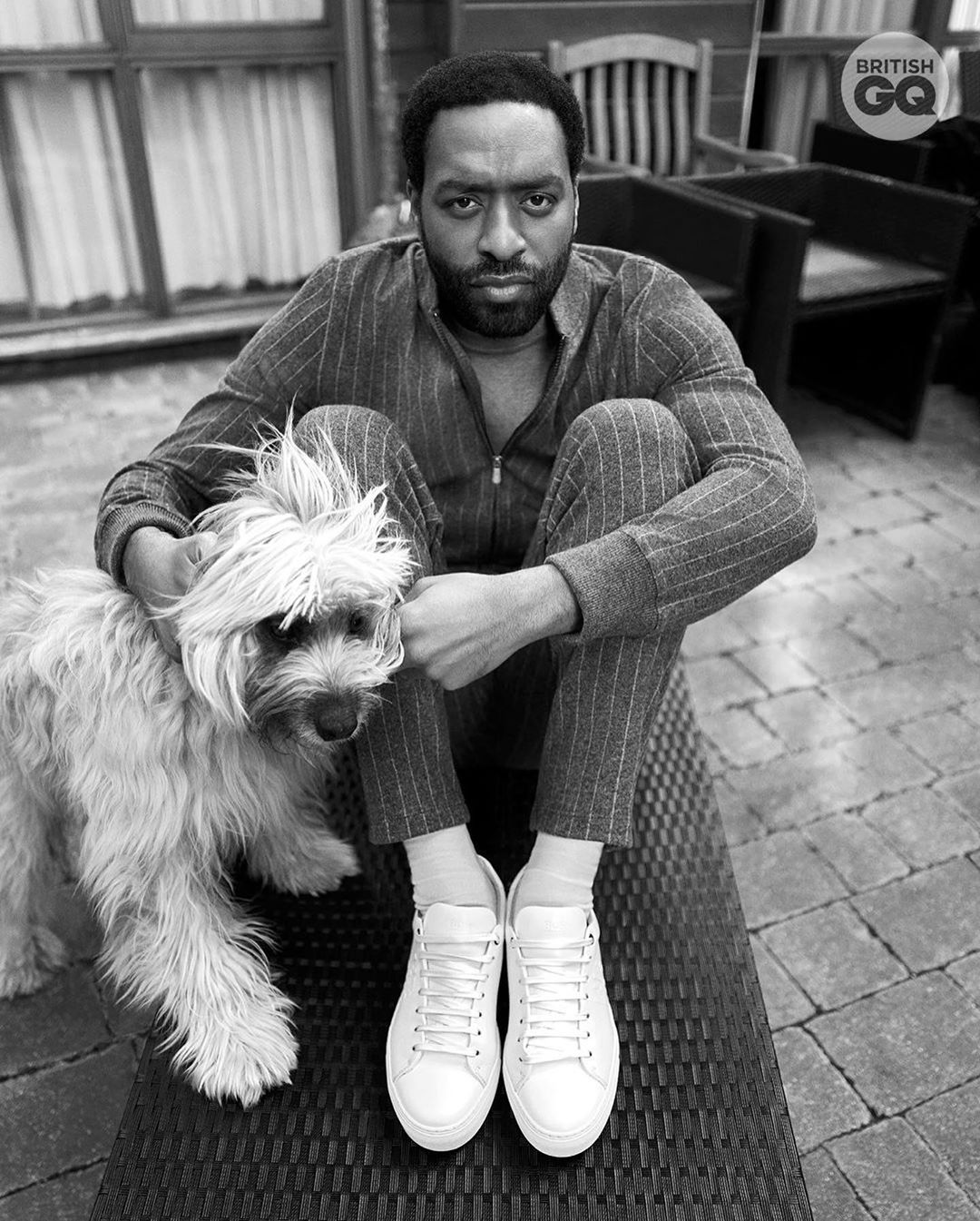 Non-representation in the UK

Look, I know what non-representation feels like, as do so many black people in this country. To walk into a room and not see anyone who looks like you? I had to go to America to get the work I wanted, rather than get the support and work I wanted in the UK and that, to me, was shocking. Shocking.

I also know what it feels like to be considered ‘other’. I grew up in the 1980s in Forest Gate, East London. Back then there was what is termed in America this notion of white flight – inner city, once predominantly white communities becoming more diverse. Let’s just say where I lived in the East End the white community wasn’t going particularly quietly.

At times I remember I would have to come home from school through National Front marches, with my father holding my hand as we’d bolt across the road. I know what lack of representation means. I know how it can fester and build ideas of the ‘other’, how it can create xenophobia and what that feels like… a fear of the stranger. So am I optimistic? Yes… Yes, I am. Just cautiously so. 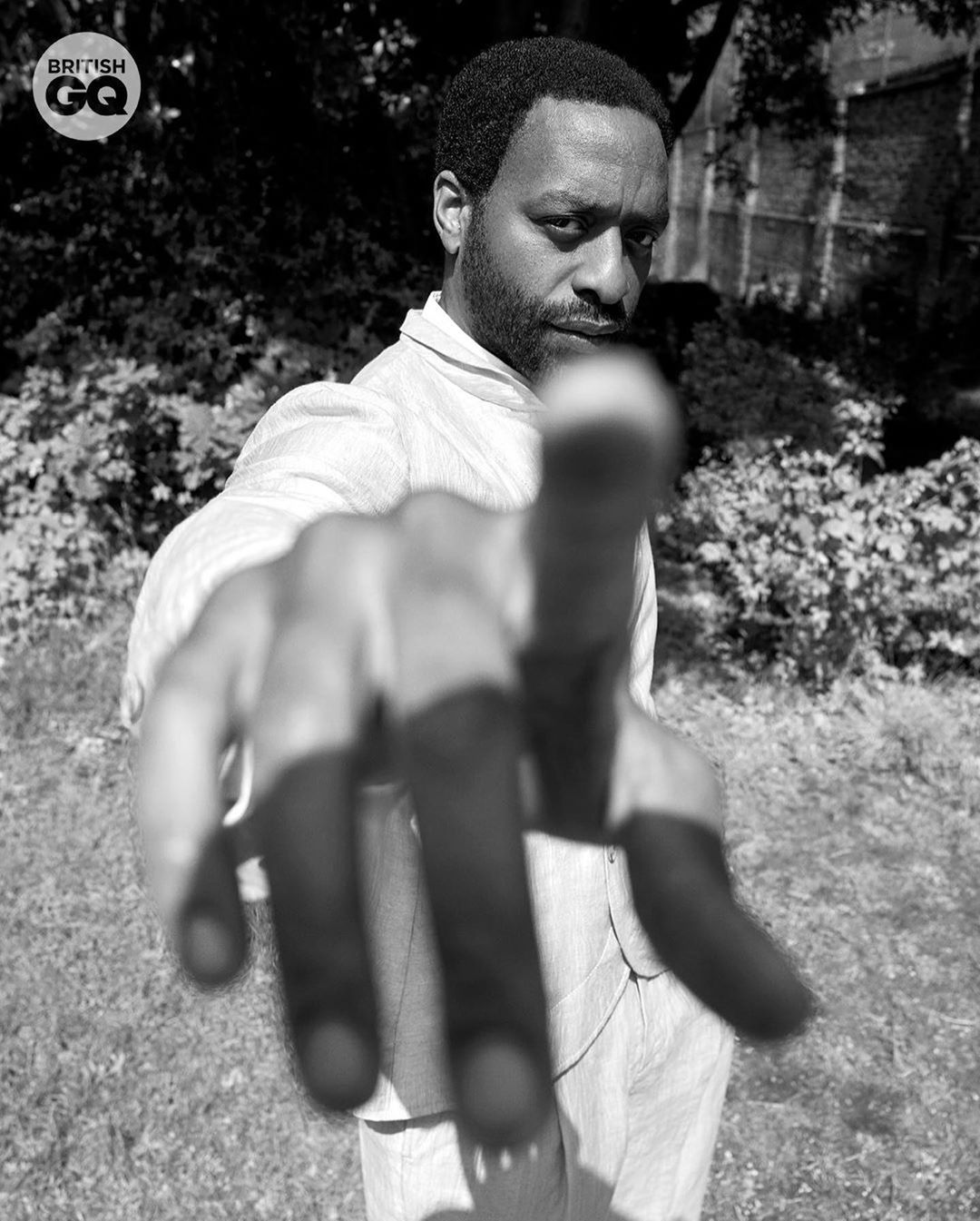 You can read Chiwetel’s full interview by checking out the new issue of GQ Hype.