A Birthday Dinner Turned Out to be Her Proposal! Kim & Damola's #BNBling

Kim was certainly not expecting a proposal the day it happened. Her forever love, Damola came up with a plan for her proposal in a very beautiful way. He had told her weeks earlier that they were to attend a birthday party where celebrity Chef Fregz would be catering. Well as a food lover, that was all the convincing she needed to lock down the day. I mean who doesn’t like good food.

Here’s how it all happened: 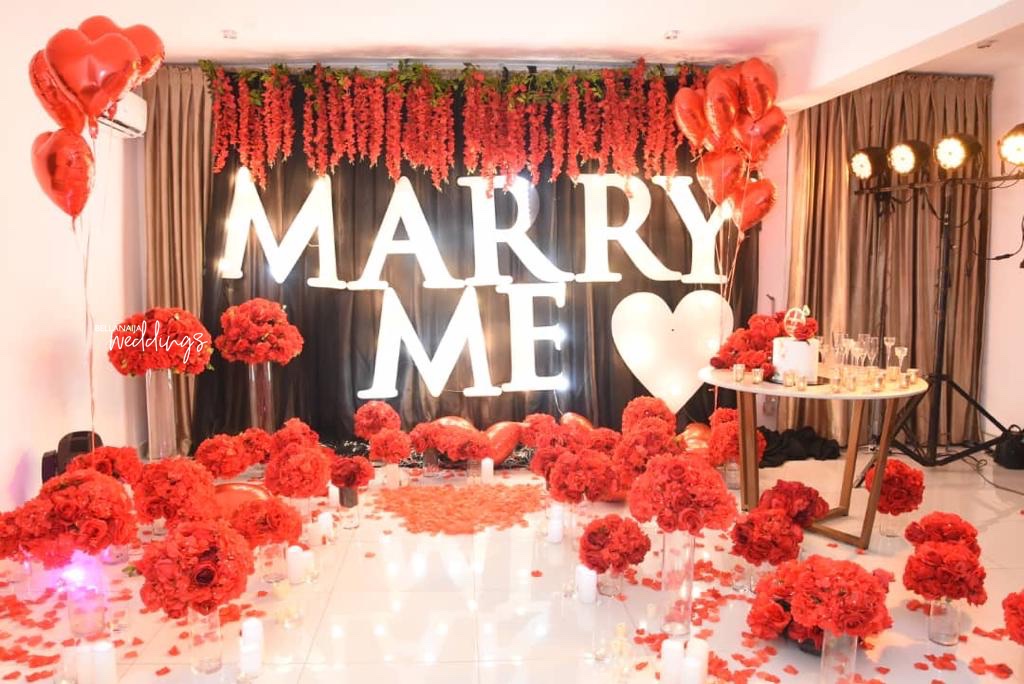 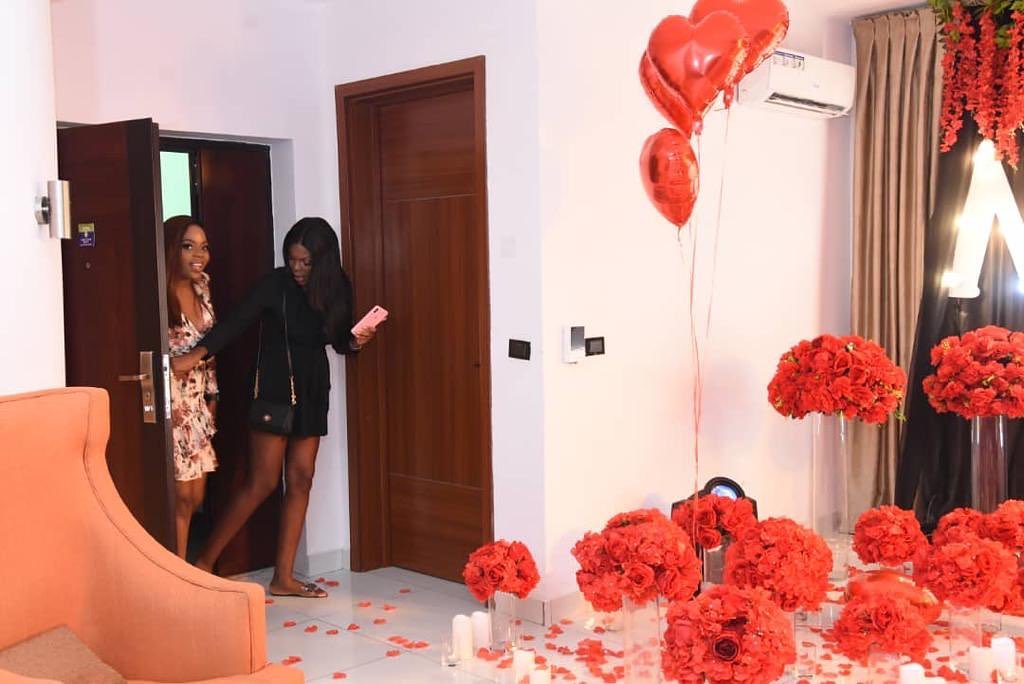 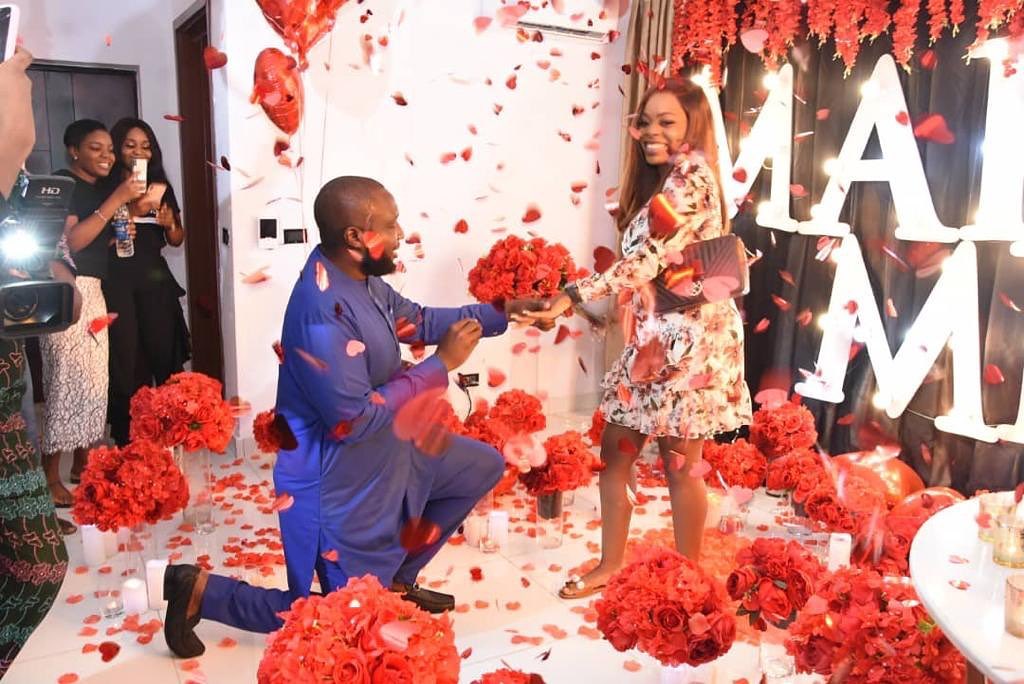 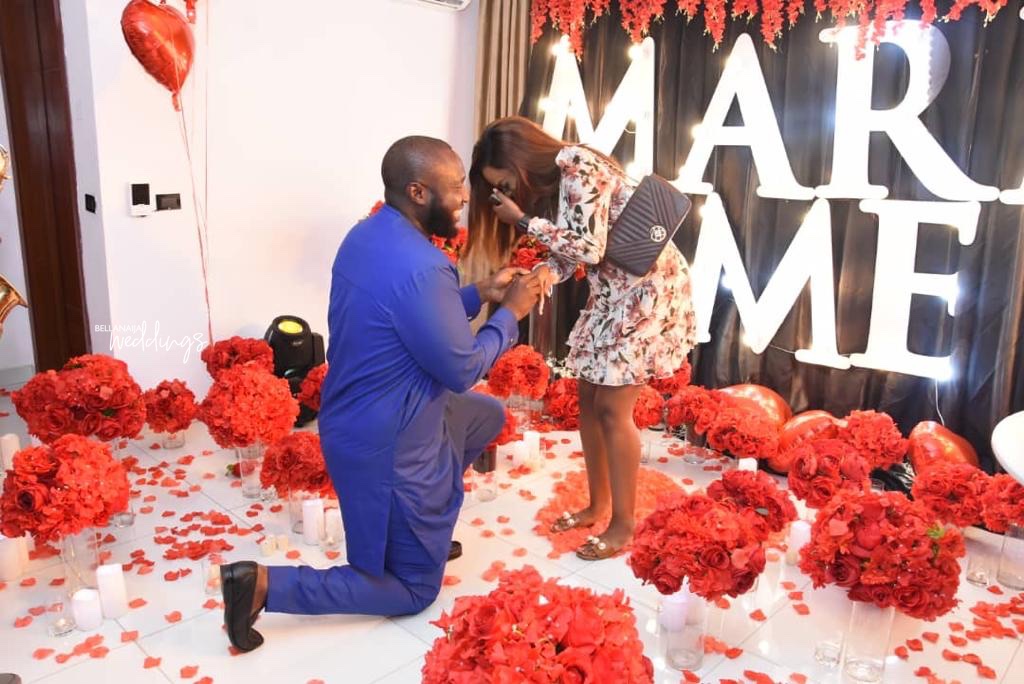 Our Proposal Story
By the bride-to-be, Kim

Two weeks prior to the proposal, my boyfriend told me that we would be going for a birthday dinner on the 12th of July. Knowing that I am foodie, he mentioned to me that Chef Fregz will be catering and some of his friends will be at the party. He said that just so I could get my nails done because I had always told him I wanted my nails done whenever he wanted to propose. So on the D-day, he had told me to be ready for 3 pm. In my excitement to eat Chef Fregz’s food I got ready an hour before, however, Damola showed up 2 hours later to pick up my sister and I. I was so livid because I felt we would not get to eat the good stuff. 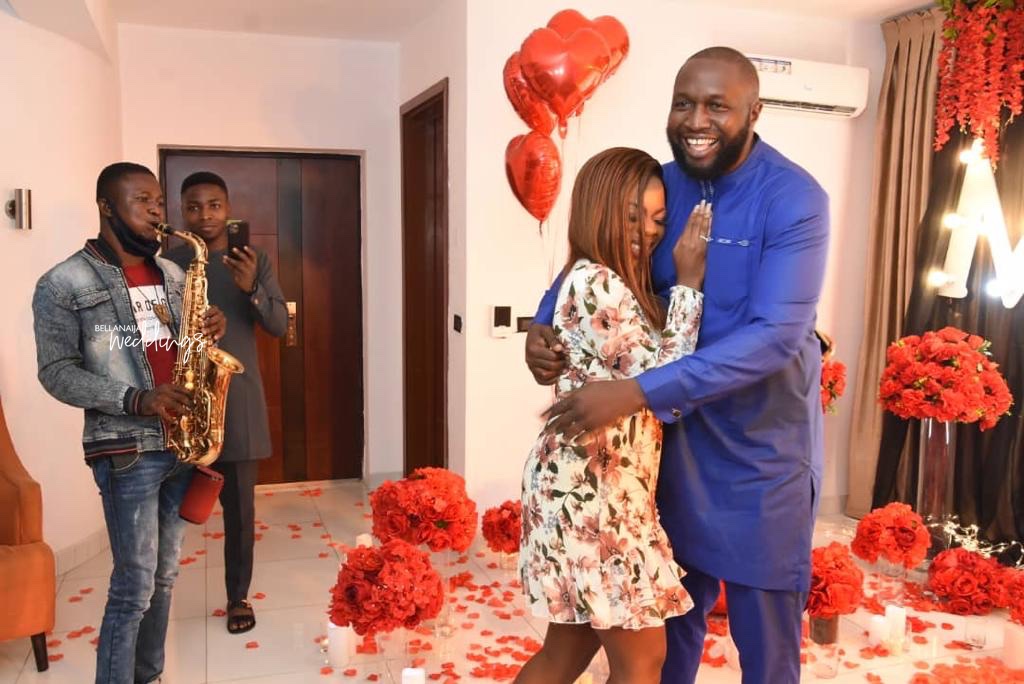 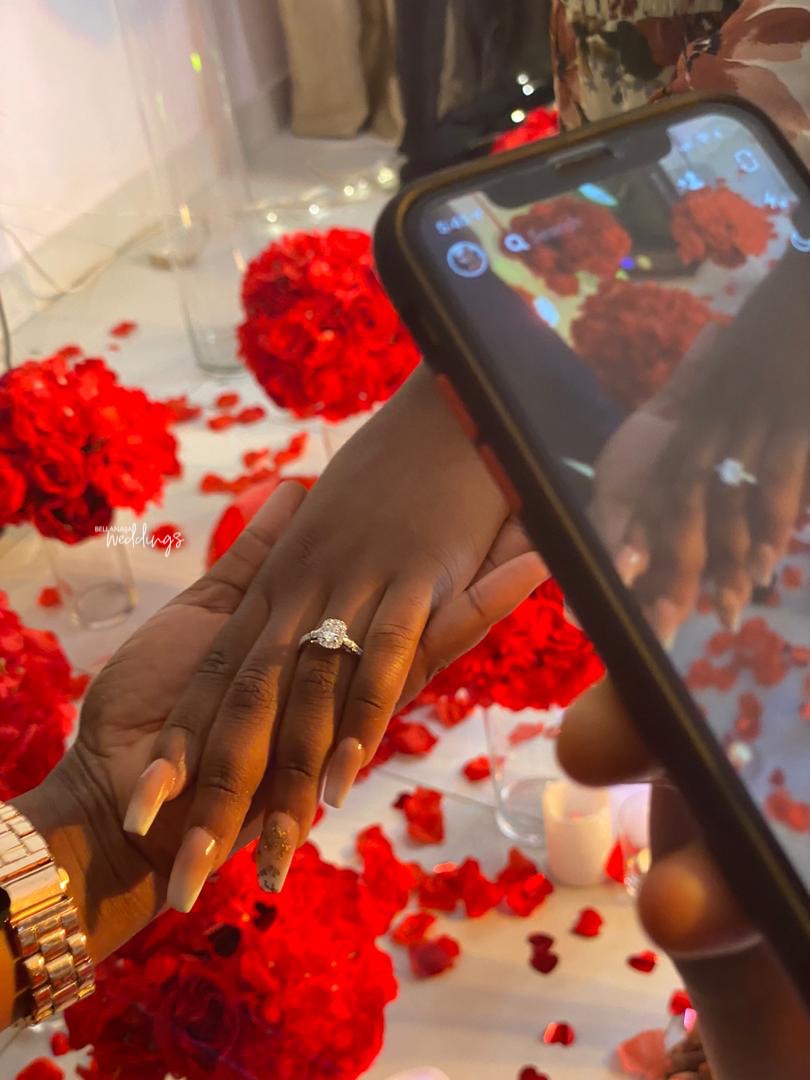 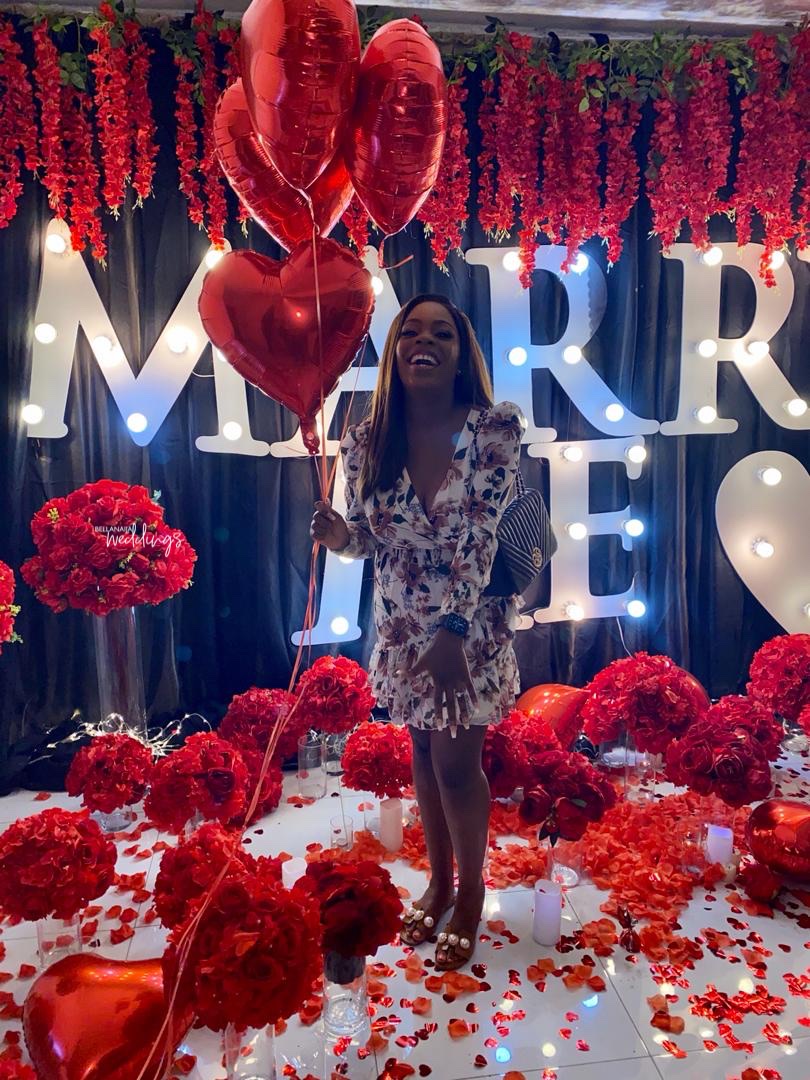 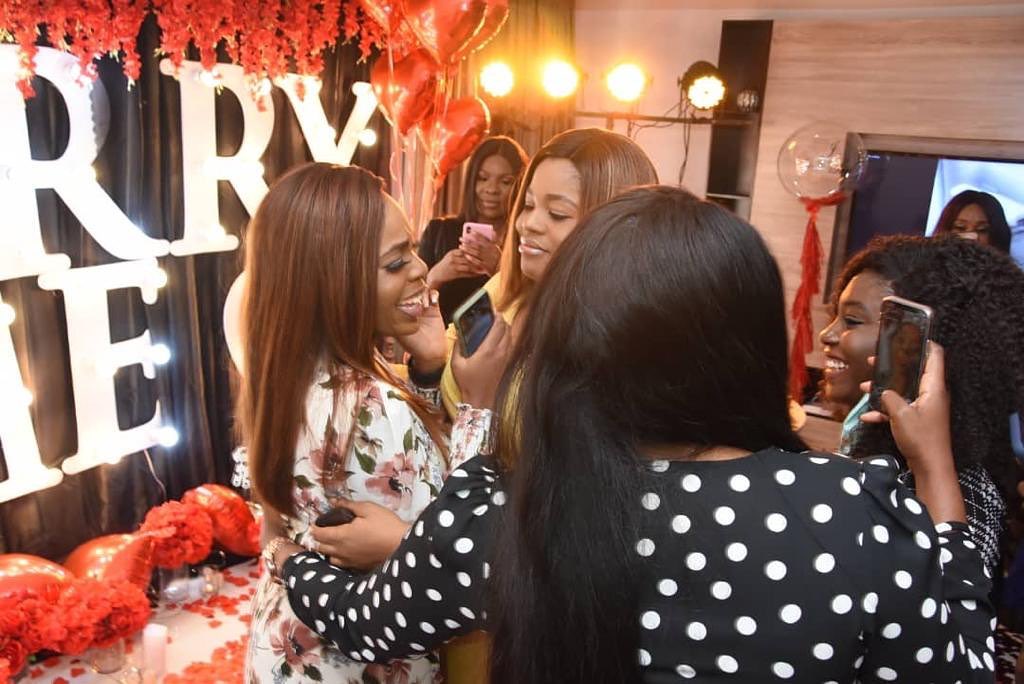 On arriving at the location, he insisted that my sister and I entered the apartment first so he could be right behind us. When we entered we were so perplexed because we saw red petals on the floor and no guests. Then it dawned on me when I saw the “MARRY ME” sign that it was my proposal. A few seconds later there was an influx of a few of our close friends coming out from a room in the apartment and then I noticed our family and friends on the TV via zoom. I was overwhelmed with emotions, I cried and then my love asked me to marry him. This was everything and more than I’ve ever wanted. 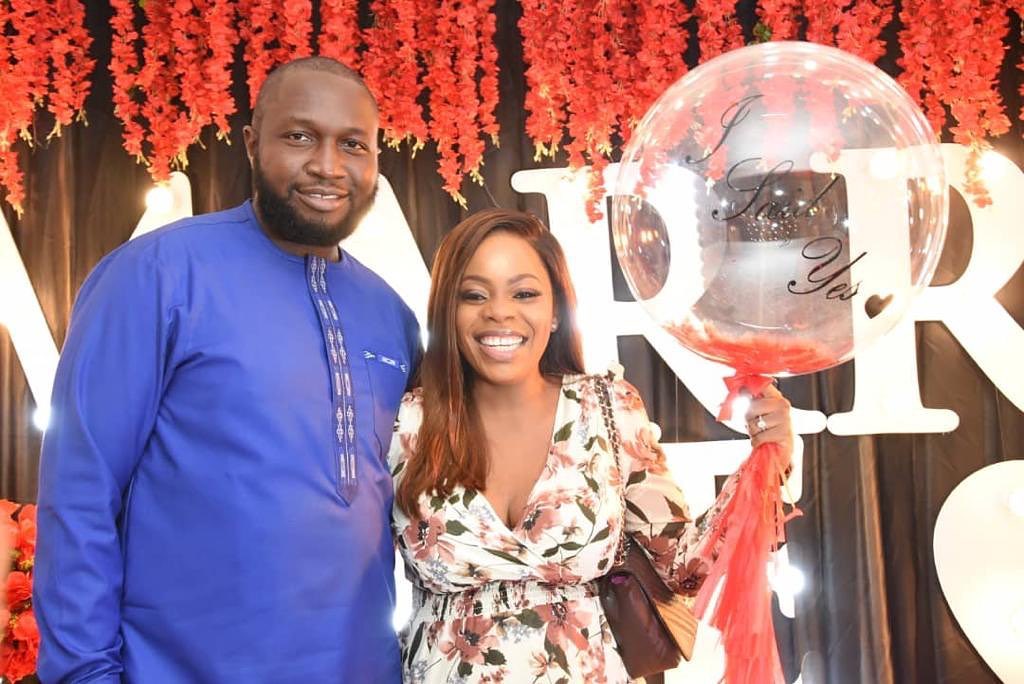 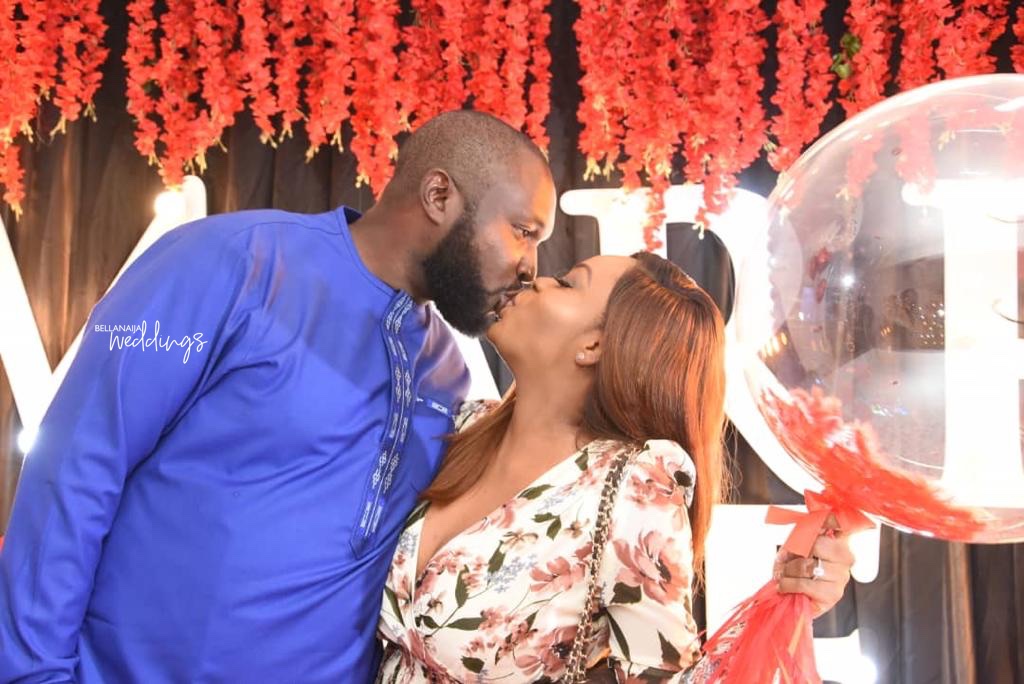 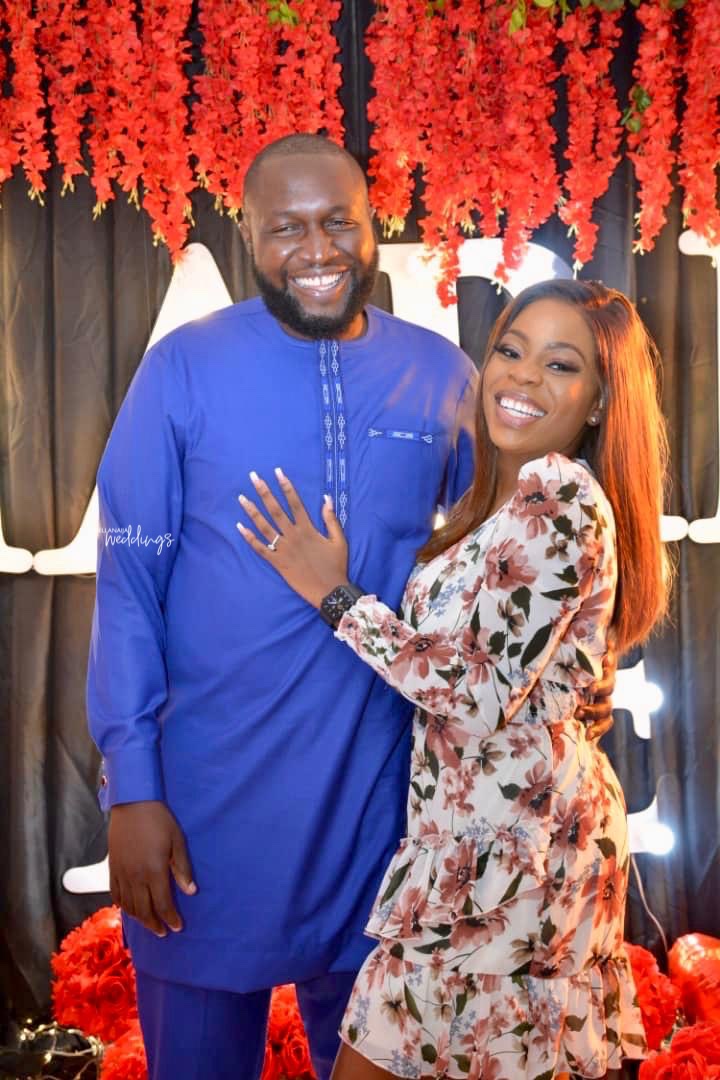