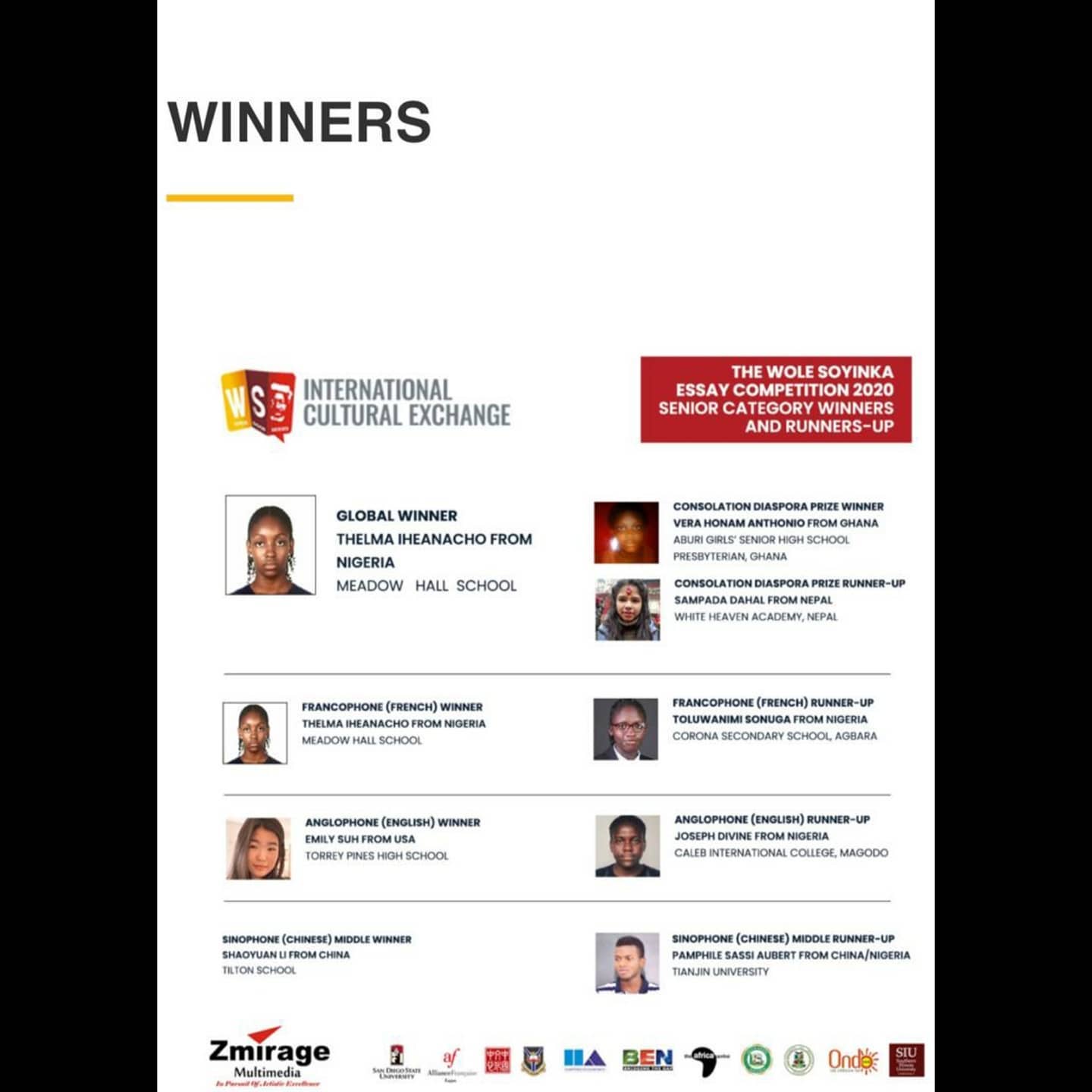 After countless hours of rigorous coaching, with 2000 entries from more than 20 countries, and one grand finale, the joy of Thelma Iheanacho, Toluwanimi Sonuga and Joseph Divine representing Nigeria could hardly be contained after they emerged winners of the 2020 Wole Soyinka Essay Competition in the francophone and anglophone category.

Other winners include Emily Suh from the USA, Shaoyuan Li from China, Vera Honham Anthonio from Ghana, Sampada Dahal from Nepal, and Pamphile Sassi Aubert from China/Nigeria.

The topic of the competition this year was, “I AM because YOU ARE,” philosophy on the interdependence of the human family. 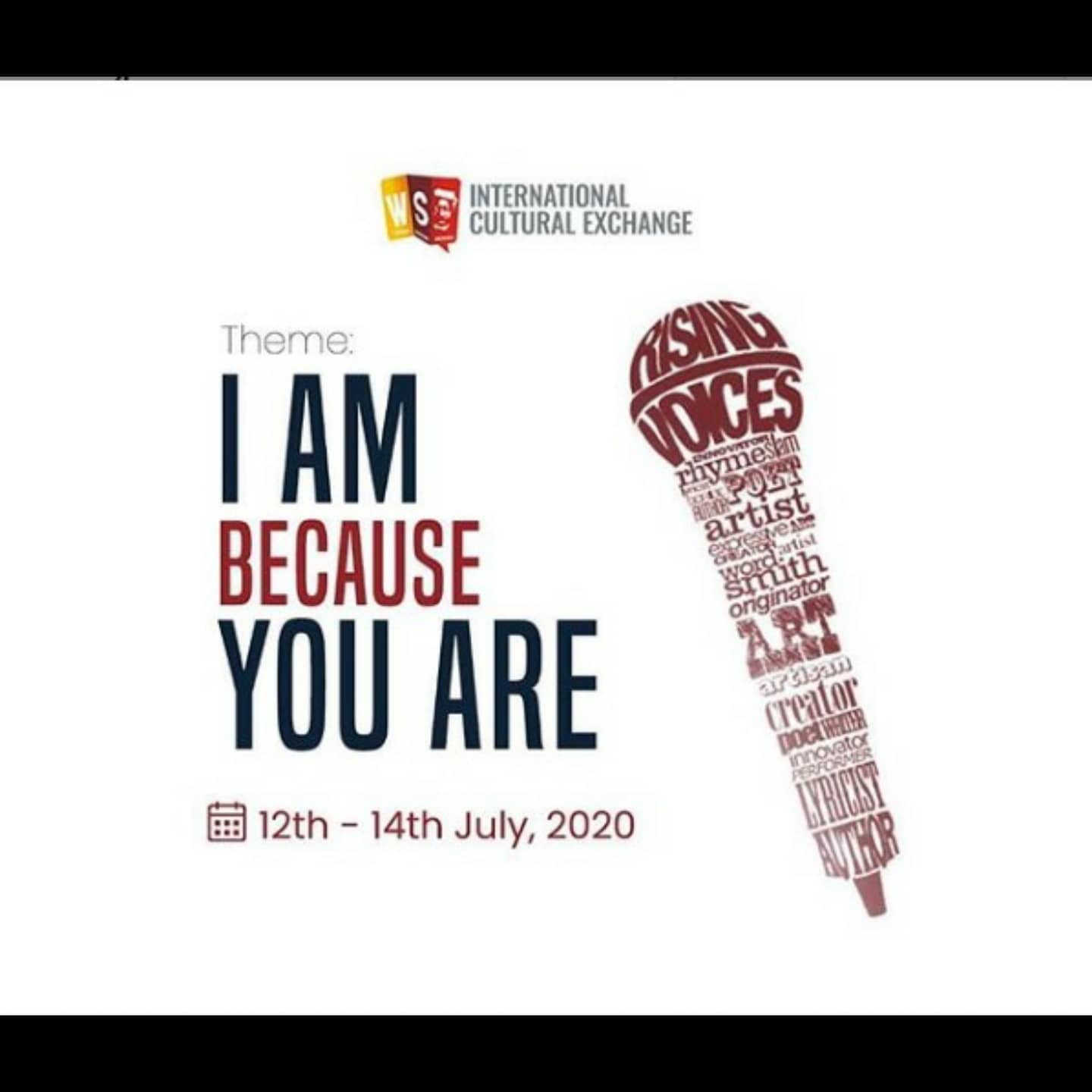 Alliance Française de Lagos announced the big news, applauding the participants, and disclosing that the two winners will take the DELF examination for free as soon as it will be possible to organize it, in addition to the cash prize they won from Wole Soyinka International Cultural Exchange (WSICE).

According to organisers, the theme was inspired by recent happenings in the world, especially the COVID-19 pandemic that has ruptured the fabric of collective humanity, in particular, due to its protocol of social and physical distancing.

The participants went through four stages of adjudication with 12 appointed judges drawn from the academic and advocacy zones, reviewing them. After the longlist was drawn, external judges served as auditors of the decisions arrived at by the earlier judges, before winners were finally chosen.

Congrats to the winners!

Boluwa Olojo of Go Ads Africa is Our #BellaNaijaWCW This Week!