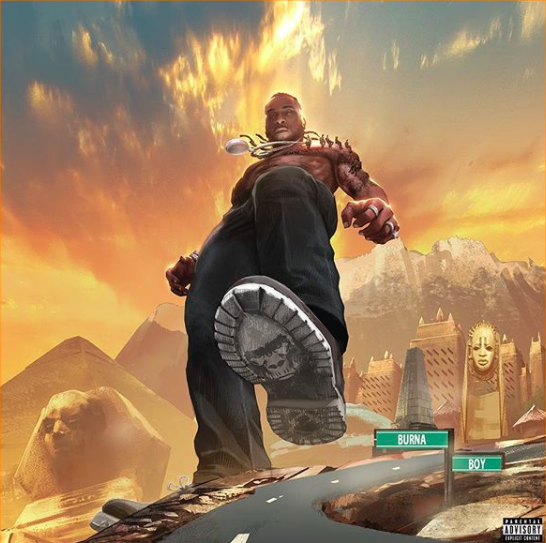 One of the most anticipated albums of the year, “Twice as Tall” by Burna Boy, is finally out for the world to listen to.

The album, Burna’s third in three years (following “Outside” in 2018, and the Grammy-nominated “African Giant” in 2019), has him on a new level of vulnerability, right from the first track where he sings about being hurt (“sick”) by not winning the Grammy.

“Twice as Tall” has Burna Boy taking track of his achievements and motivations, reminding us of where he’s coming, and letting us know he’s got his eyes on the prize.

But just like they say that it take a whole village to raise a child, “Twice as Tall” was born through the effort of several creatives, but of African descent and outside.

You already know about the featured artists: Youssou N’Dour, Nauti by Nature, Sauti Sol, Chris Martin and Stormzy. And you probably also know that Diddy is listed as an executive producer (his first since Nipsey Hussle‘s “Victory Lap.” But did you know that Burna’s mum, Bosede Ogulu, is also listed as one, as well as Burna Boy himself, too.

There’s even more production credits, from: DJDS, Telz, and Andre Harris with drums from Anderson .Paak. Sauti Sol are also credited as producers.

There are a host of writers on the album, including all the featured artists, and producers, as well as Michael Jackson (the same one? we’re unsure) and Sammy Cahn (who wrote the lyrics to the sample used in the album’s opener, from from the soundtrack to the 1959 film “Journey to the Center of The Earth.” There’s also Ndumiso Manana, Bensoul, Jimmy Van Heusen, Andre Harris, Benny Golson, Kay Gee, Martin Ditcham, and Vin Rock.

All these brilliant artists came together to make the magic that is “Twice as Tall,” which you can listen to HERE.

Yeah, it does take a village.