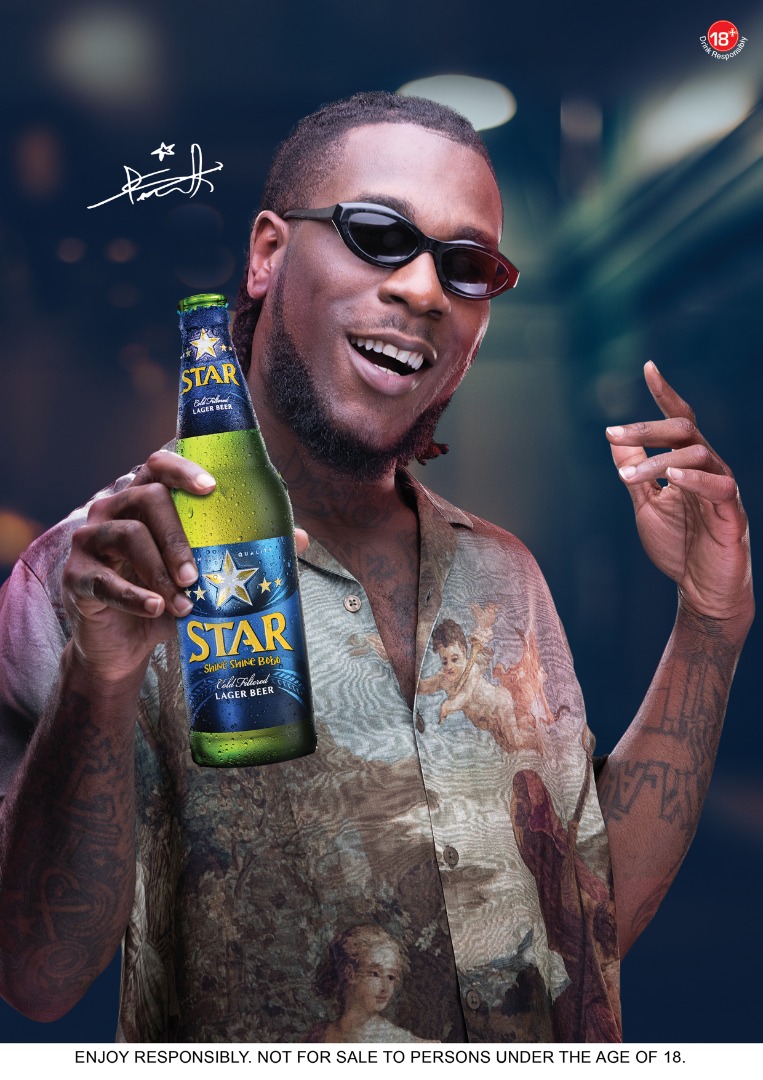 The last two years have seen Portharcourt born Damini Ogulu, popularly known as Burna Boy hold the world’s gaze in a way that many people termed impossible. To many, he didn’t seem like the anointed one that would take Afrobeat to the next level, but like a man on a mission, he has proven himself worthy.

Contrary to popular belief, all of Burna Boy’s moves as an artist were strategically aligned, leading him to a place of global recognition and earning him his self-acclaimed title as the African Giant. His fourth album, titled after his new moniker, dropped mid-2019 much to the excitement of everyone, earned him his first Grammy nomination and saw more people begin to believe he wasn’t just another lucky star. During one of his many African Giant concerts, his huge following saw him become the first Afrobeat star to sell-out the 12,500 capacity Wembley Arena, which is London’s second-largest indoor arena.

Twice As Tall, Burna Boy’s fifth studio album is less than a week old but has occupied the thoughts of many around the world simply because of what it proves. While he has already established his ability to make people move their bodies and have a good time, Burna Boy shows off the intelligence and courage to speak about the things that matter to him, without losing his audience.

In the over eight years that Burna Boy has actively made music, his fans have always admired his unique ability to mash-up a lot of different melodies, whether reggae, dance-hall or pop and make it work for a diverse variety of music fans. Songs like “Like To Party”, “Run My Race” and “Yawa Dey”, were his early introduction to fans back in 2010, and the evergreen nature of these songs and the ones that have come after them is why his following continues to grow.

In 2019, Star Lager Beer made an unusual move by endorsing Burna Boy as their first-ever brand ambassador. To many, the connection between the African Giant and Star Lager was a no-brainer, and it is no surprise that their collaboration has continued to pay off for all parties.

Both partners have enjoyed a lot of accolades given the weight their partnership carries. Burna Boy has one of the largest fan bases of any African artist. In 2019, he had the most streams on Spotify and gained 5 million more in the first hour of his new album’s release. With that many people listening to him, and his face on Star Lager’s billboard and TV ads, Star has enjoyed increased brand recognition among his young audience. On Burna’s part, Star Lager’s massive support has undoubtedly seen him reach significant heights that he continues to aim for. The brand is visibly seen at his concerts and other events that involve him.

The third track on the Twice As Tall album – “Way Too Big” which is the number one song in the world currently, Burna Boy recognises the importance of Star Lager’s endorsement to him with the line; “took my place as the shine shine bobo of the Nigerian brewery.” The track, “Way Too Big” speaks to Burna Boy’s greatness, how it isn’t easy to be him, and how he earned his place as the “shine shine bobo”.

It is no surprise that Star Lager Beer is one of the biggest propellers of Nigerian music. It remains one of the driving forces of the Nigerian music industry, given how much the brand has invested in critical aspects of the industry. As early as 2002, Star Lager introduced fans to its music talent shows like Star Quest, Star … the Winner and ‘Access The Stars’ in 2019, touring Nigeria in search of top music talents and producing recognizable voices like KC Presh.

As far as music promotion is concerned, no other brand seems to have spread music as far as Star Lager has. With platforms like Star Music The Trek, the brand has taken the country’s biggest and most loved music stars to even the most remote areas of Nigeria, thus increasing their fan base. Considering Star Lager’s commitment to ensuring the growth of the Nigerian music industry, it is no wonder that Burna Boy is proud to be named as their first-ever brand ambassador.

Thankfully, Burna Boy doesn’t make empty claims as he has clinched just about every award he has been nominated for in the last two years, whether locally or on the international scene. In 2019, he won a total of 13 awards including the BET Award for Best International Act and MTV Europe Music Awards for Best African Act. He was BET’s Best International Act for 2020 as well, putting him a small league of consecutive winners of the award, another testament to his brilliance so far.

As Burna Boy’s journey of dominance continues, there is little to no doubt left about the uniqueness he brings. Brilliantly and stylishly, he has mastered spreading the appeal his music has to every other thing about him, making it easy to link everything he is about with being unique.

The best part about his stardom is that he doesn’t take it with levity. To him, he is more than just the Afro-fusion artiste. He is also a bright light guiding people who have similar dreams, giving them the fuel they need to shine on.

At Last! We All Get to See the Visuals for Beyoncé’s “Brown Skin Girl”