While we anticipate “Endless Fortune,” the memoir by Ify Adenuga, mother to some of the world’s greatest creatives, including Skepta and Julie Adenuga, we’ve been granted the opportunity to get to know her better.

The memoir tells the story of an Igbo woman who left Nigeria for the UK after the civil war and ended up raising four children and encouraging them to explore their artistic instincts.

And now, we’re getting a glimpse into what to expect from “Endless Fortune,” thanks to this sit down between Ify and her radio presenter daughter Julie.

One this is especially apparent throughout the conversation: Ify’s love for and dedication to her children. 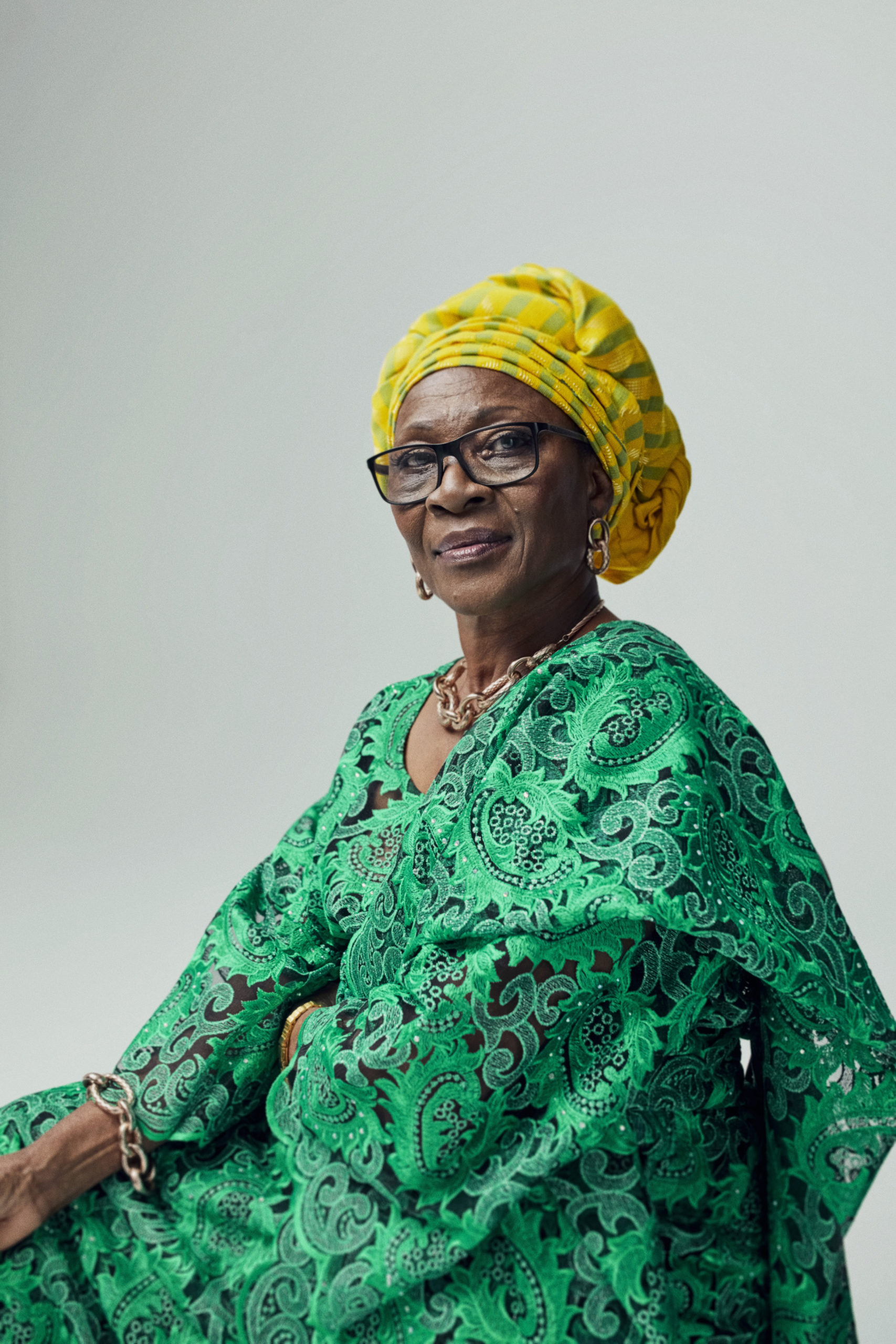 Okay, let’s start with an obvious one. Why have you waited until now to release this book?
It was that time in my life when something happened. It kicked off the idea of doing something for remembrance. For example, I’ve been doing little little writings since I’ve been in England, which I didn’t think anything of until 2016 when Junior won the Mercury Prize and I pinched myself, took a deep breath and thought, “I think I need to write that book that I’ve been meaning to write” – that’s where the idea came about.

What was it about the Mercury Prize? Why was that the moment for you?
I remember one of Junior’s friends winning a MOBO award. We were sitting in my bedroom and Junior was really happy for him. I said: “The next one is you,” and he said, “No, Mum, the one I’m dying to win is the Mercury award.” I didn’t ask him why because I didn’t understand at the time, so when he won it, it was like watching his dream come true.

I’ve educated myself. I’m married and have children. I’ve led them to where they can hit the ground running. I think that’s my biggest dream, being able to raise my children without them relying on me. Ever since my last born (Jason) turned 25 – I’ve been very very happy with myself and I’m able to say: “I’ve finished. This is it.”

What is it about your story and your life that made you feel you needed to write a book?
I remember my dad warning me as I got ready to come to England. He said, “I don’t want you to go to England for 20 years!”

There was this notion about our people going abroad, finishing their studies and then never going back home. We were expected to finish studying, come home and then take a wife/get married.

For me to have been here for the last 4 decades, to study, get married and have children that are very independent, I thought to myself that this book could serve as a guide for anyone who also comes from the same background or similar and is being faced with the notion to go back home. They can see it’s possible to chase your dream without doing it the conventional way.

What kind of things have you written about in your book?
I’ve written about my childhood, to show my kids my upbringing and how it differed from theirs. I’ve written about my parents, myself and my siblings surviving the war and how I finished my education before coming to England. Also, the fact that I come from the east of Nigeria where the union between an Igbo person and a Yoruba person was very uncommon, especially in my community.

I think my decision to proceed with my marriage, despite our tribal differences, is something we ought to talk about because today it’s still something that raises issues in Nigeria, where the tribes still don’t agree with each other.

I wrote about the way the children were raised which is quite different from a lot of our community members who follow the traditional way of raising kids, but my book is there to put it out there to my friends and family that there’s nothing wrong with raising your children differently and letting them develop their own viewpoints, rather than passing things down from parents because, believe it or not, you learn from the children. I know I have. And I’m still learning.

What did you write about me?
Julie, you are something else! I wrote about how you jumped from one decision to another in terms of building your career. The majority of the time, we never had any discussions with you. Just out of the blue you would say: “I’m starting work at blah blah blah place” and we’d say “Wow.” I don’t know if it’s anything to do with how we raised you even though I don’t mind taking the credit. But you always think for yourself.

Whatever happens, nobody can take that away from you. So as long as you are out there making the decisions you know are right for you. I’m right behind you 100%. The way you did things without having to fall back on myself or Dad. That was brilliant.

There was one thing I know you wrote about that made me sad.
What?

When you got a job as a cleaner and I was upset with you.
Oh yes, I remember.

I was so annoyed with myself for reacting that way.
I remember I got a ‘key job,’ which is when you drive to people’s houses, open their doors, clean their houses, polish, mop, hoover, tidy up and leave. You could do about 4/5 houses in a week. I remember coming home and you said: “Mum, is this what you went to university for?” and I said: “Nnedim, whatever I have to do to put food on the table.” Do you remember?

How did you not beat me that day?
I didn’t beat you because for some reason I understood where you were coming from.

I let myself down there.
Not really, no. You were forgiven, because you didn’t know.

What was the hardest part to write?
There were two parts I found difficult to write about. One was when my youngest sister passed because I was the person looking after her and feeding her, and the second was when I was coming back from East London on the phone to Jason and he told me that he was with a police officer and there was a shooting in the estate. I actually documented the incident from day one, from the 30th May, 2004, I documented it for 54 days. It was difficult reliving all of that.

The story that was hard for me to read was when you were talking about walking with your brother and sister to the doctor.
You know how hot it is here now – that’s the normal weather back home. So you can imagine you’re backing one child and you’ve got the other one in your hand and you’re walking on hot sand baking the soles of your feet but I had to do it cos I was the eldest, I had to do it.

Who is your favourite child?
You keep asking this question Julie. OK, shall I tell you?

Yeah, go on
Junior is my chariot mantle, Jamie is my wisdom mantle, you are my creative mantle, and how shall I say Jason? Jason is the baby that is going to look after me into my twilight zone. My baby that is going to be with me till the day I go. So everyone of you is unique as far as I’m concerned, and I’m sure I speak for Dad too here. Trust Nnedim, all of you. I don’t have any favourite one, so stop asking me that question please? Have we laid that to rest now?

Ha! Yes, yes, we have. What word would each of your children use to describe you?
Wow!
Junior: Beautiful.
Jamie: Resilient.
Julie: Gorgeous.

What would Jason say?
Jason is introverted – I can’t imagine how he’d describe me but I know he loves me dearly.

Jason would say you’re annoying.
He loves to hate me but can’t help himself. You would say I’m a creative, smart people’s person.

No, I would say “phenomenal.”
Wow! Phenomenal that overrides everything. Thank you.

Ok, last question. Now you’re a published author, what’s your next goal?
I’m still going to stick with writing, but I know I’m going to need a crash course to sharpen my wits so I can then be able to write fiction. I did this in the past before Uni, when I attended the London script writers workshop in the city. It’s a dream I’d love to pursue if I can.

I love you.
Love you more.