Guess Who Got A Feature In Man Utd's New Jersey Campaign - Cuppy! 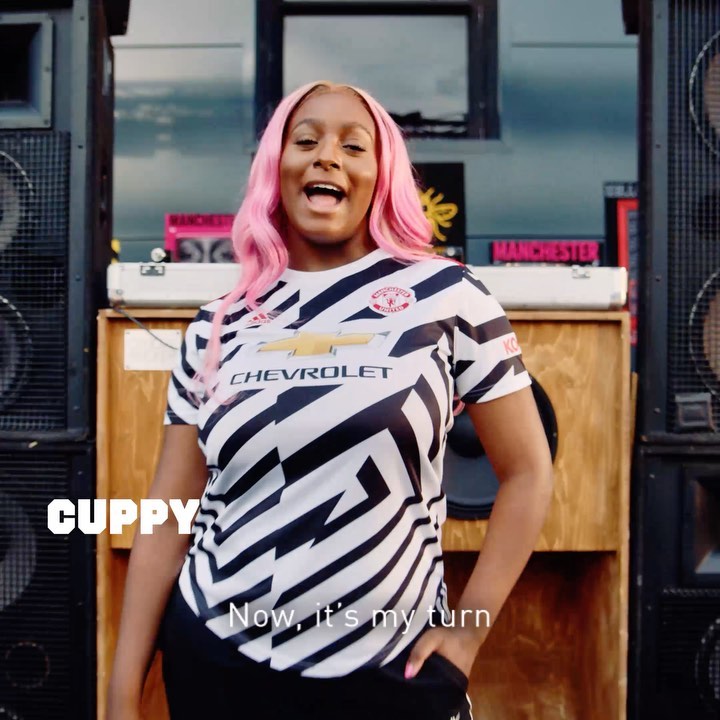 The disc jockey just got featured in Manchester United’s new jersey campaign ad. Remember she left her club Arsenal for Man Utd a few months ago, and it seems the new relationship is already paying off.

“As @ManchesterUnited fan, I’m so PROUD to be a part of their official jersey campaign! ⚽️ READY FOR THE NOISE! #GGMU 🔊🔴 #ReadyForSport #CreatedWithAdidas“, Cuppy wrote on Instagram.

Manchester United will be hoping to show off their brand-new Adidas jerseys in the Champions League next season as they target a top-four Premier League finish this campaign.

From United’s first striped kit over 100 years ago to the eye-catching designs of the 1970s and 80s, the latest release aims to provide a fresh update to tradition, while delivering a vibrant new print.

To create this new design, Adidas re-drew, hacked and re-imagined combined elements from various jerseys throughout the club’s long history to create a bold new pattern. Utilising United’s iconic club colours of red, white and black, the kit is an original story with a modern update.

Check out the new kit:

Watch the ad campaign below:

@cuppymusic appears in the campaign for Manchester United’s new jersey. New relationship already paying off (even though they didn’t win a trophy like her ex last season 🌚)! Congratulations, Cuppy 👏🏾❤️

Housemates, Praise & Plans After the #BBNaija Show – Here’s Everything Lucy Had to Say