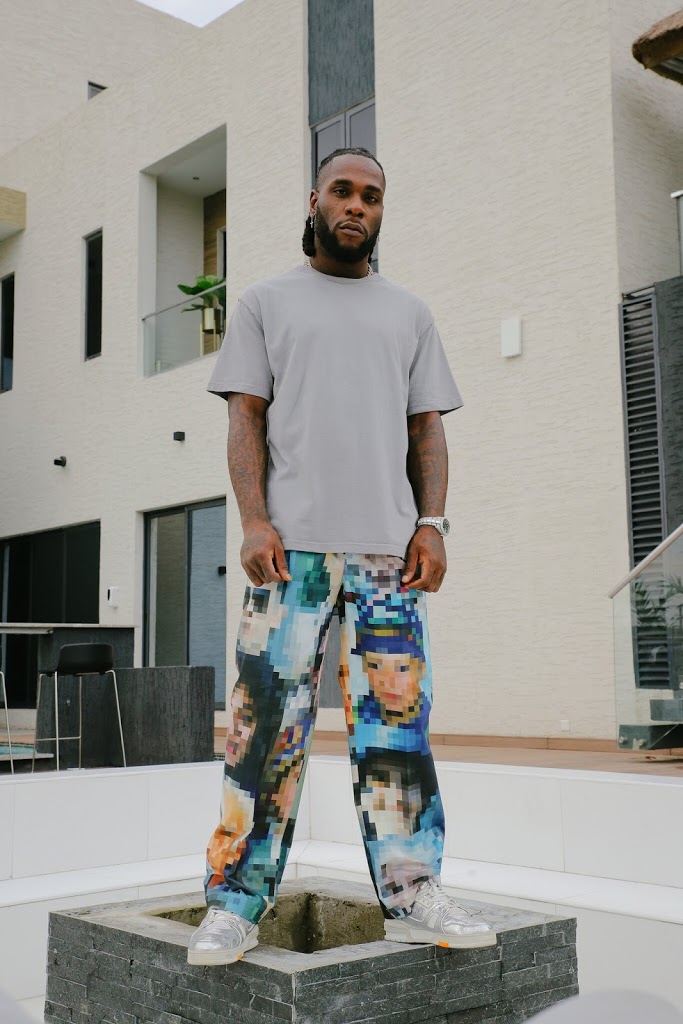 It all began on Monday night after Omoyele Sowore tweeted at Burna Boy to join him in his planned anti-government protest scheduled for Thursday.

The organisers of the #RevolutionNow protest, last week announced plans to hold a mass action against poor governance in Nigeria on October 1.

According to the group’s plan, the protest march will take place in all 36 states across Nigeria as well as some places in London, Sweden, Netherlands, San Francisco, New York, Washington DC, Germany and Canada. The Lagos protest would take place at the Gani Fawehinmi Park, Ojota, at 8 AM.

Well, Burna Boy turned down the invitation to partake in the protest. Since then, Burna Boy, Fela Anikulapo Kuti, and Sowore have been trending on TwitterNG.

In a series of tweets, Sowore said he realised Burna Boy is often compared to the late legendary Afrobeat musician, but he’s yet to see him “lead anyone to a police station carrying a coffin for head of state.”

Hello @burnaboy, everywhere I turn people describe you as a revolutionary musician, the foreign media even celebrate you compare you to Fela Kuti, but I am yet to see you lead anyone to a police station carrying a coffin for head of state! Join #Oct1stProtest #RevolutionNow.

Hello @burnaboy, everywhere I turn people describe you as a revolutionary musician, the foreign media even celebrate you compare you to Fela Kuti, but I am yet to see you lead anyone to a police station carrying a coffin for head of state! Join #Oct1stProtest #RevolutionNow pic.twitter.com/LOYfQfRCyc

Unsurprisingly, the tweets caught the Internet’s eye and Twitter users.

In his response, Burna Boy tweeted back at Sowore, dismissing the invitation and insisting that all politicians (including Sowore) are all the same.

“Everybody is a Fela fan and supporter now that he is dead. Humans are so Funny, You politicians are ALL the same (especially in Nigeria) and Frankly, I don’t trust none of [email protected],” he tweeted.

Sowore then, replied saying: “I am not just one of the persons who you could describe as“Fela’s fan after he died,” I am a member of Fela’s household, ask @RealSeunKuti, as a students’ leader in the 90s I met and hung out with Abami Eda at home and the African shrine! If you want to be Fela be Fela.”

@burnaboy I am not just one of the persons who you could describe as “Fela’s fan after he died,” I am a member of Fela’s household, ask @RealSeunKuti, as a student’s leader in the 90s I met and hung out with Abami Eda at home and the African shrine! If you want to be Fela be Fela https://t.co/P8Y3gI6Ziz

Here’s how: folks are debating Burna Boy and Sowore’s conversation on Twitter, going back and forth on if either of them were right or not. Somehow, some have managed not to pick a side but insist the self-acclaimed ‘African Giant’ should get off his high horse, for once claiming Abami Eda lives in him but isn’t agreeing to a protest. 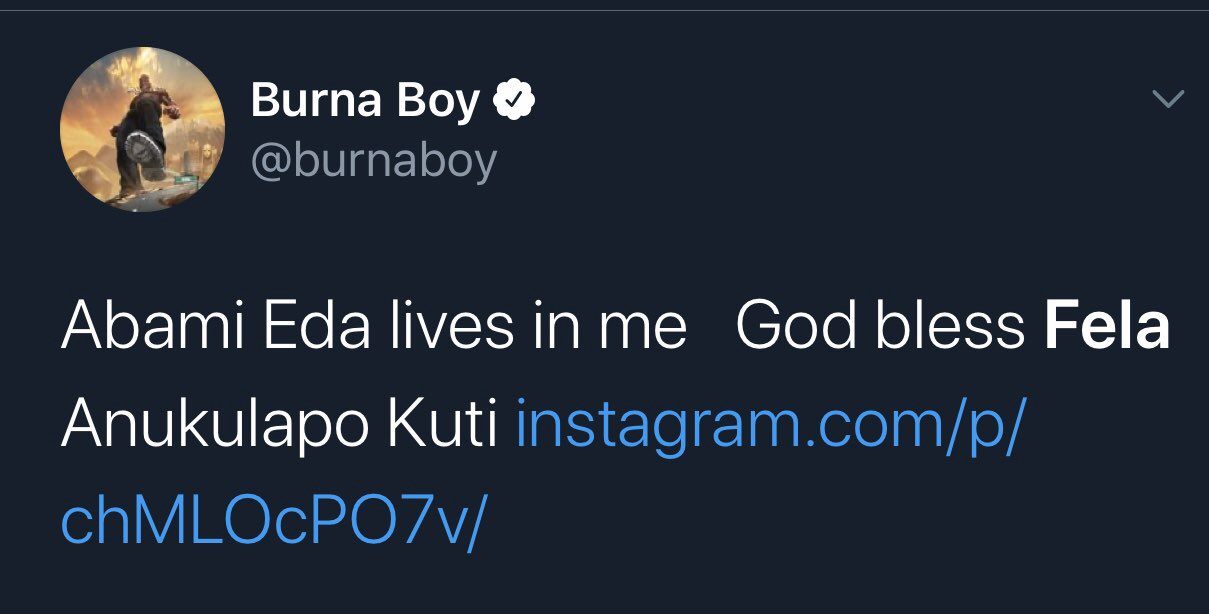 While some are saying whatever way Burna Boy feels to represent Fela, is his business, and shouldn’t be guilt-tripped into political activism because he projects Fela or says he’s Fela inspired.

People might say Sowore is trying to make Burna Boy an instrument to actualize his agenda, but the point for me is that if you can talk the talk, you should be able to walk the talk. No be by calling people cowards in your song. I'm sure Fela won't be proud right now.

The day you ever actually read about Fela, you will stop comparing him with all these clowns who assume that wearing pants and smoking weed is ALL there is to Fela.

Fela created Kalakuta Republic- his own little country. It was complete with its own constitution and a free health clinic for everyone. It offered home to the homeless.

Students even trooped in to take part in debates on Africa's future. And yes, Marijuana flowed freely there.

If you don’t know who Fela is.
Pls try to read about him.

He did not just sing and smoke weed.
He is the greatest.

Things I learnt from this Fela trend

1. Burna boy is not as brave as he claims…just weed inspired lyrics and Insha Allah

Burna boy doesn't owe anyone a protest. What he owes everyone is to spare us his righteous indignation that suggests he's more pressed about Nigeria's issues than the rest of us because he samples Fela. Fela could call us mumu cos he did the work, he was front and centre.

Burna Boy alluded to Nigerians being cowards in a song when it comes to standing up for themselves & I guess his refusal to take a stand when called out by Sowore hit a nerve. He claims to walk in the footsteps of Fela but it’s only in songs we hear this.pic.twitter.com/81bT1Ktp0k

Burna is the bravest warrior after Fela, at least his songs can give us ginger when protesting. 😂

Most of these guys want the respect and fame of Fela but not his tribulation and sufferings.

Some people are actually questioning Fela’s legacy, if you know what it takes to survive in the military regime, and how hard it is to speak against the government then, Fela’s legacy will never be in question. He did his part, if nothing changed, that’s not his fault.

Anybody that read about Fela knows Burna boy is aware that he has more to lose than to gain if he decides to lead a protest against the government. His best bet is to maintain his activism through music.

Burna Boy : "Abami Eda lives in me , I'm the Fela of my generation , Nigerian youths too dey fear"

Sowore : "Join us and protest for democracy just like Fela did"

Burna boy is like the son of Fela, but Esau

There is nothing wrong with asking celebrities to use their influence & lend voices to social or political problems.

But there is everything wrong with tryna shake or make them appear evil for refusing to become outright political activists.

Let's be drawing a line abeg.

It's funny that Nigerians are dragging Burna boy for refusing to lead a protest most of them would be too scared to show up for.

The hypocrisy is too loud!